Gen Con May Be Expanding, and Wants Your Input On Where

Gen Con May Be Expanding, and Wants Your Input On Where

Gen Con has sent out a survey asking fans questions about a possible second annual convention in the United States.

North America's biggest board gaming convention may be about to expand, and it is looking for your thoughts. Though no one at sent out a survey [http://www.gencon.com/] with some suggestive questions, including what time of year works best, and a list of possible cities to host it in.

Gen Con, "The Best Four Days in Gaming," was founded in 1968 at Lake Geneva by Gary Gygax as a wargaming convention, ironically dictating the treatment of civilians and POWs in wartime - wait, sorry, that's the other one. The first Gen Con was held at Gygax's house, years before the emergence of D&D, and has since moved on to Indianapolis. The convention has been more or less [http://files.gencon.com/Gen_Con_Statement_Regarding_SB101.pdf] happily situated there since 2003.

No doubt inspired by PAX East's success, it looks like Gen Con is testing the waters on a second convention. They've tried before, in California, and the results were less than spectacular. On the other hand, attendance for the main event has only increased in the past few years, and board games are at an all-time high in terms of popularity.

Cannibalizing their own attendance is certainly a concern, as suggested by one possible answer for question #4, "I am only interested in attending one Gen Con."

Cities on the list include Atlanta, Austin, Baltimore, Chicago, Denver, Detroit, Indianapolis, New Orleans, and Orlando. Presumably, Indianapolis is included for the possibility of making Gen Con Indy a biannual event. Notably, there are no California sites on the list - perhaps a lesson learned from last time - nor are they any in the Pacific Northwest. Derek Guder, event manager for Gen Con, has been discussing some of the possibly sites [https://twitter.com/frequentbeef/status/700437345200287744] on Twitter.

The best case scenario would be to have two healthy Gen Cons each year, of course, but at this rate I'd be happy just to have one that's a mere bus ride away, rather than a flight. What do my fellow gamers think? Take the survey and discuss the possibilities in the comments!

Sticking in the Midwest where there's a lack of noteworthy cons and very little to no open representation of geek culture might be the best idea. Somewhere like Minneapolis/St.Paul, Madison or St. Louis, perhaps even Columbus or Cleveland would be more beneficial compared to cities that already has an open geek presence such as San Fransisco where the need for another convention is low.

Omaha, Nebraska. It's the last thing anyone would expect.

How about Belgium? Yeah, I'm really for Belgium. It's clearly the best idea guys, come to Belgium. 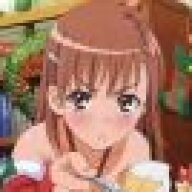 Boston MA, or somewhere in North Jersey. Somewhere within short driving distance of Albany. My roommates want to go to Gen Con, but I'd have to take like a week of vacation -_-
D

Rinshan Kaihou said:
Boston MA, or somewhere in North Jersey. Somewhere within short driving distance of Albany. My roommates want to go to Gen Con, but I'd have to take like a week of vacation -_-
Click to expand...

That's about my issue to. I've gone once, 2007 if remember correctly, and it was a blast. I'd do it again if it wasn't for the 8 hour drive and the extra days I needed off for traveling.
Show hidden low quality content
You must log in or register to reply here.
Share:
Facebook Twitter Reddit Pinterest Tumblr WhatsApp Email Link
Top Bottom