It's been a while. It's a cold winter, and as I feel my fingers slowly shutting down, I have felt the need to flog an unpopular horse and continue with my review series. My hands have poor circulation, see, and I've only just realised this from sleepless night after sleepless night of today's featured game. "My hands are too cold to play this!", I yell, facing my nineteenth defeat from the growing list of characters that I correctly deem as hateful bastards who only seem to be effective against my flailing self, panicking and raging at the same time. I've finally found something that's to blame: the miserable Scottish weather.

"THIS IS THE ULTIMATE FIGHTING TOURNAMENT"​
Fighting games are like olives to me. Everyone else seems to love them and wants to get me to try. "Go on", they say, "it'll only be horrible the first time". I don't know about you, but that is hardly a glowing endorsement of a diseased grape, nor is it an effective method of getting a creature of extremely dull habits such as myself to try anything. But I took the plunge with Super Street Fighter IV and I must say, I was wrong. Fighting games are a truly zen-like experience after a while, between when you've stopped throwing controllers like swear words and when you start finding things to blame on poor performance.

It's a hard game to review then, as people will find different styles of play, such as my learn-two-combos-and-pray-your-opponent-is-unfamiliar-with-Ibuki or the style that causes bile to spew from my tear ducts in salty rain and, coincidentally, is seemingly the most popular method of pick-Sagat-then-Tiger-move-that-bastard. You need to set yourself up for some tinkering with fighting games, as any purist knows and thankfully Super IV has included a helpful trial mode, a set of 24 challenges per character that teach you some basic moves and combos before, somewhere around the 14 mark, it becomes an utterly loathsome set of exercises in unknowable timing. But hang in there, cat, you'll find someone to love you. It is, indeed a helpful feature especially when starting out; the moves that are taught are the ones that will make up the bulk of your reportoire unless you are one of the many learn-shoryuken-repeat type players that have become the bane of my very existence, striking down even the most devastating of my combos as my frozen digits fail my mind once again. I'll find a way to punish that move or die trying, I swear it.

God damn if it isn't satisfying, however.​
Once you get down to the nitty gritty of fighting, however, the basics are simple to learn and yet punishingly difficult to master. Of course, button mashing is still an inspidly effective manner of fighting, but the depth is there if you're looking for it. Pick a character and a colour and whee! you're in the game. After being treated to a lovely introduction sequence which curiously transforms into a short blank screen when playing online 99% of the time, you're swinging drunkenly at your opponent and praying that they just fall down, or their phone rings, or they're set upon by hordes of distracting cows and whatnot (if you're anything like me that is). Mash wildly enough and you'll build up your Super Meter, allowing you to unleash more powerful variants of your special moves, using up one block of full Super-juice (see image below). Alternatively, you could wait and unleash a Super Combo, a special and commonly devastating combo and only properly wielded by anyone not me.

1: Ultra "Revenge" Meter 2: Super "Ex" Meter 3: Health "Vitality" Meter
4: Oily man giving unwelcome bear hug 5: A look of pure terror​
Building up the Ultra Meter has only one use: making your opponents life as miserable as humanly possible. By recieving force to the buttocks delivered via foot, your meter builds up allowing you to, once halfway there, release a devastating Ultra Combo. I like to think of it as your opponent beating your life out of your health bar and filling up a ceremonial vial. There are two Ultras per character, selected before every fight and they are of varying use. Ideally, with your character you will find an Ultra that works with your playstyle and that's generally a rule.

These two meters can drastically alter the dynamics of the fight and keep each match tense and exciting. Do you release your combo now at risk of missing and looking a right oaf or do you save it at risk of being pounded into the proverbial mud? On the fly tactical choices and lighting-quick reflexes are the key to victory, abilities which I both possess and yet my drowsy digits prevent from ever utilising to any beneficial effect. Spam throwing knives it is, then.

PERFECT! That was a man's life savings!​
Click to expand...

There are plenty of modes to choose from ranging from your standard Arcade mode, giving flimsy, character-specific reasons to punch oily turkish wrestlers and electric, brazilian beast men, and there's the aformentioned Trial mode which is lumped in with a set of "challenges" such as using your hardened, experienced martial artist to vandalise a man's car or destroy empty barrels whilst a Scottish stereotype dances in the background before dropping to his knees and sobbing should you fail him. They're fun distractions but far from the meat of the game, found in the extensive Versus modes. There's standard fighting game Player versus Computer/Player in local multiplayer but online is where you find the brunt of the experence.

Three game modes on the disc with one available as a free download, there's a surprising amount to be done online and the sheer variety from which to choose regarding punching japanese school girls or a man stricken with grief with the passing of his father, from the Team Battle which puts you in teams of three as you battle it out for victory, Endless Battle which gathers a group of people in a winner-stays-on Fight Club of sorts, and the downloadable Tournament mode which would be thrilling were it not for everybody in the world ignoring it. The bread and butter of the multiplayer is and always will be the Ranked Match. Find a person online and then stomp or be stomped. Victory grants you both Player Points and Battle Points, the latter being specific to each character and looting enough fallen enemies will cause your character to rank up in a letter grading. Player Points are account wide and don't seem to matter much, and are often on a ridiculously low ratio when compared to Battle Points. Probably all the losing I'm doing. Yes, losing results in a loss of both values, but the emphasis placed upon both is refreshingly light, giving you the freedom to play for fun or for keeps, motivated by entertainment or greed should you so choose. I enjoy this dynamic, it's a good balance between motivating you to get better and allowing you to ignore it, as there's no real benefit to a large score unless you want to stroke your pe ego.

One more thing about the multiplayer: I have never in all my life felt so guilty when winning against a weak opponent. Games like Halo or Grand Theft Auto when played online are impersonal, all you see is the enemy in front shooting at you, a walking threat indicator, a survival instinct with body armour and it's only logical to strike them down as quickly as possible. Street Fighter multiplayer is personal, all you see is your opponent and when you see and hear them flailing about in confusion and frustration as you dominate them is heartbreaking. Too often have I won against an inexperienced player, who has chosen "Go Easy On Me!" as their pre-fight battle cry, and said to myself, "I don't feel good about that". Victory comes at a cost, you can't make an omelette without breaking a few dreams and I think it hits so hard is because last year, I was that guy! Seeing hopeless failure from the wrong end has given me a taste of what it feels to be truly insignificant, my best attempts bouncing futiley off a blue block guard, before proceeding to trample any hope I once had and any confidence in my abilities.

This balltacular image shows your hopes, represented by Fei Long on the right, coming into eye-watering contact with the many skilled hunters online, all-too-gleefully represented by Makoto on the left.​
Just as an aside, this game is a beaut in motion. Focus Attacks, a new feature in the form of a charged up attack that stuns enemies should it connect, is followed by a trail of inky nothing, in a lovely effect that almost lessens the frustration of the ensuing helplessness. The animation is solid and the characters' ever-changing facial expressions really heightens the aforementioned sense of intimacy as characters wince, shudder, smile and scream in reaction to every missed punch or swallowed fireball (not a euphemism). Ultra combos in particular showcase this, as the action freezens, the background darkens and the camera zooms to show a character in prep, their opponent frozen and their heads elongating in the dawning realisation that they are about to be thoroughly walloped, their mouths widening like a man whose scrotum has been caught on the business end of a coathanger. WINCE.

So, there you have it, Street Fighter is truly a transcendent experience, capturing the very best of series' past and every floundering fighting game really should take a few notes. You'll rage and laugh but you'll never put it down. The king is back, may his reign be eternal.

...yeah. THAT.​
This has been T-Bone, your guide to the world of opinion.

Should you be so foolish as to want more, why don't you check out me other work, especially my Okami special [http://www.escapistmagazine.com/forums/read/326.230411-A-Triumphant-Generic-Amateur-Return-An-Okami-Retrospective], of which I am very proud.

Whoah, folks, don't talk all at once.

But seriously, any criticism whatsoever will be really appreciated. 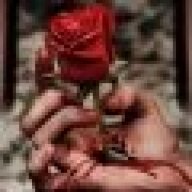 Well done, with your sarcastic quips and witty comparisons only making me laugh and not making me feel like you're simply trying to control my opinion with reckless abandon.

I could learn a thing or two from your posting. I will keep up on your reviews.

RoseCoveredCadaver said:
Well done, with your sarcastic quips and witty comparisons only making me laugh and not making me feel like you're simply trying to control my opinion with reckless abandon.

I could learn a thing or two from your posting. I will keep up on your reviews.
Click to expand...

For the last joke...The image is broken.

Onyx Oblivion said:
For the last joke...The image is broken.

Looks okay to me.