Get Your Duct Tape And Pocket Knife Ready - MacGyver is Coming Back!

Get Your Duct Tape And Pocket Knife Ready - MacGyver is Coming Back! 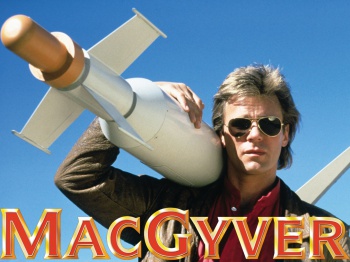 MacGyver, for the uninitiated, was possibly just been announced [http://epicmacgyver.ytmnd.com/] by CBS, with a new series set to come out in the near future.

The reboot will be helmed by Saw and Furious 7 director James Wan, who is joined by the original series' producer: Henry "The Fonz" Winkler. The series will reportedly follow a younger, twentysomething version of MacGyver, when he is first recruited into the clandestine organization from the original series.

It is expected to chronicle how MacGyver acquired some of his infamous skill sets.

MacGyver is such a huge part of popular culture, mostly for just how completely ludicrous it is. While it's great to see it being remade, it would be an absolute shame if they went for the "gritty realism" angle. 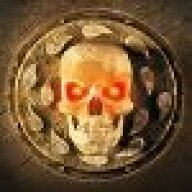 It's Henry Winkler, not Henry WRINKler

Hmmm, origin story? For the man that meddled with Merlin from King Arthur's court (I seem to recall)?
Somehow I don't think that's a great idea. There are so many good new shows out there, I don't think I will watch this.

It all means absolutely nothing unless whoever they pick manages to replicate that fantastic mullet.

Christ, another one of these? More X-Files stuff, a Lethal Weapon show, all the Marvel adaptations, can we let the nostalgia go and make some new IP's already?

Remember when they tried to reboot Knight Rider? Yeah.
D

Furious 7 was one of the worst movies I have ever seen so my expectations are kinda low here.

It should star Adam and Jamie from Mythbusters as themselves; recruited by the CIA to perform duct-tape based clandestine operations in the Middle-East.

Flatfrog said:
It should star Adam and Jamie from Mythbusters as themselves; recruited by the CIA to perform duct-tape based clandestine operations in the Middle-East.
Click to expand...

And they should call it MythBusters - The Movie. Throw in some comedic sub-plots of busting various Myths about the CIA, and actually make it into a movie rather than a TV-series...

...Wait, sorry, this is about some guy called MacGyver? Who's he?

(In all seriousness, I'd watch the heck out of that. MacGyver on the other hand... a bit before my time. I may give it a watch if it gets rave reviews, but its simple existence doesn't really attract my attention.)

as much as i enjoyed the show, this seems rather a shot in the foot. but i could be also dead wrong. eventually i should get the entire series on dvd. ebay should sell them cheaper anyway.

I'm surprised at how okay with this I am. These fucks better not change the theme song though.

And that's the way it should be. MacGyver defined by Stargate, not the other way around. XD

Eh. I could probably name 15 worse reboots easily. At least Optimus Prime was in it.

I shall be cautiously optimistic about this until there is a reason to no longer be so. I loved MacGuyver as a kid and even went ahead and purchased most of the seasons on DVD and found them entertaining, even if they are cheesy. And since Henry Winkler is involved and was the producer of the original series, I think he will help ensure the feel of the show remains the same.

Granted I was too young for the original, but I really enjoyed that reboot.

OT: I don't know about this, RDA kind of made the show. But the Minority Report show looks decent (although it has a premise that works for TV) so I'll watch a few episodes.

1) Without Richard Dean Anderson, it won't be a 'cool'.

2) If the main character isn't sporting a mullet, the show will absolutely fail.

3) R.D.A. was far better in the Stargate SG-1 series than he ever was in McGyver. The reason was that he wasn't the main solo focus, but instead was one of a multi-cast of main characters who set the plot. Those co-stars helped prop him up during the series that really elevated TV sci-fi shows.

4) Is CBS finally pulling away from more and more reality TV shows for more class 'entertainment' TV with fantasy situations instead of just "here's some people on an island or in a house"? It would be nice if all of the main cable TV channels started doing that.


ravenshrike said:
Hmm, if this will be set in the '60's or '70's it has my tentative seal of approval. Modern day MacGyver would be meh.
Click to expand...

Why? He'll just use his Swiss Army iPhone to do everything....
A

They better give him the best mullet money can buy or this is going to suck sooooo hard. Otherwise it looks like me and my brother can cosplay something now. At least then he can justify his mullet...
J

Is there any word on who will play MacGyver? i have a hard time thinking of someone to be honest.

If they are going to do this, they will have to make the show as absurd and cheesy as the old one.
I fear that being so bad it gets good is the best to hope for.

They did a A-team movie, now a MacGyver show, whats next? AirWolf?(ok, would honestly like to see that happen)
G

Cowabungaa said:
Christ, another one of these? More X-Files stuff, a Lethal Weapon show, all the Marvel adaptations, can we let the nostalgia go and make some new IP's already?
Click to expand...

Too hard.
Why think of a new original series when you can reboot some shit someone with imagination conceived decades agos.