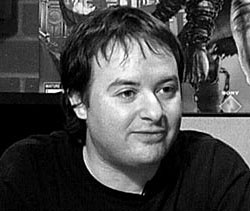 In an interview with GamePro [http://www.gamepro.com/sony/ps3/games/features/128428.shtml], David Jaffe (God of War, Calling All Cars) divulged that his new, 20-person studio Eat Sleep Play will be working on three Playstation 3 exclusives simultaneously, with the first title expected to release sometime in 2008.

[blockquote]GP: Do you anticipate these three titles being Blu-ray or downloadable games?

David: They could be both. But that is something that we don't have total control of. We love the downloadable space. We love PSN. We love Xbox Live Arcade. That whole model is growing and will continue to grow, we feel. There is something really appealing about being able to buy a game and not leave your house and buy it for less money because you don't have to pay for packaging, so we're big fans of the PSN service. Whether or not [said games] end up on Blu-ray or both is up to Sony.

GP: Once this exclusivity deal closes with Sony, are you guys looking to release games for other platforms and if so, which ones?

David: Right now in the console space and the handheld space, we want to be partners with Sony as long as they will have us. We have great relationships with Sony and they have been so good to us from both a business standpoint and a personal standpoint, I would like to be on Sony's machines for as long as they'll have me. Now, that doesn't mean that after this we're not looking at doing games that are totally non-competing.[/blockquote]

David Jaffe gave a vague description of their first title. "I can't disclose themes, but the new game is medium to hardcore in terms of game play and will focus heavily on multiplayer. I am more excited about this game than anything I have ever worked on. I cannot wait to unveil it."