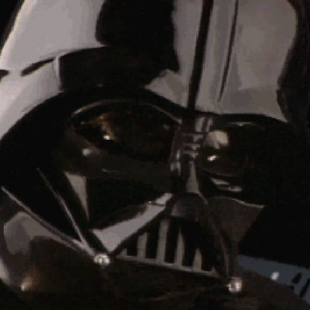 GOG's digital releases of X-Wing and TIE Fighter have been upgraded to include the content from the 1994/1995 Collector's Editions.

Back in 2014, GOG and Disney thrilled gamers around the world with <a href=http://www.escapistmagazine.com/news/view/138249-X-Wing-Sam-Max-Monkey-Island-and-More-LucasArts-Games-Coming-to-GOG>the announcement that the digital retailer would begin re-releasing LucasArts' classic library of PC games. <a href=http://www.escapistmagazine.com/news/view/139563-Star-Wars-Disney-GOG-Good-Old-Games-LucasArts-Rouge-Squadron>Since then the site <a href=http://www.escapistmagazine.com/news/view/140166-Another-Round-of-LucasArts-Releases-Land-at-GOG>has added 30 of the studio's games to its library, with many of them being digital premiers that had never been released before sans disk. Today, in turn, the site has confirmed that it has once again expanded its LucasArts library.

In addition to these new releases, GOG has also announced that its versions of X-Wing and TIE Fighter are being upgraded to include the content from the Collector's Editions that LucasArts released in 1994 and 1995. The Collector's Editions improved on the original games' visuals, re-balanced many of the missions and added a whole slew of new scenarios, cut scenes and vocal performances, among other improvements. The upgrade will be free to all GOG customers who already own the games. Anyone interested in buying them, or the rest of GOG's Star Wars library for that matter, can also currently find them heavily discounted in a pair of bundles the site has launched to celebrate next week's Star Wars Day. Both the <a href=http://www.gog.com/promo/may_the_4th_star_wars_blaster_bundle_280415>"Blaster" and <a href=http://www.gog.com/promo/may_the_4th_star_wars_saber_bundle_280415>"Saber" bundles will be available for purchase until May 7th.

Finally, the definitive editions of X-Wing and Tie Fighter! Time to party like it's 1995!

So I know I'm almost inevitably going to get a wall of "YES GET IT"s here but...are X-wing and Tie Fighter really worth it?

Back in the days when this was a thing I was single-digit years old and pretty much exclusively a console gamer. I had a PC and I had games on it but they were a handful of things I bought from PC world and/or got cheap from supermarkets on compilation CDs (don't get me wrong some of them were great, stuff like Jazz Jackrabbit was on them) so I never owned these.

What I'm looking for is: in light of the extreme age of these games, do they still hold up even without the rose-tinted glasses? I've heard good things about them being "classics" but that doesn't always mean they hold up well nowadays. I mean, I own the original XCOM and that's exceptional still (although I don't play it much now because Xenonauts is a thing) but I always find action games in general seem to age worse than strategy.

Of course asking for an objective opinion on this might be impossible given the reputation these have. X-D
S

X-Wing and TIE Fighter do still hold up pretty well in most respects, the only thing that really hasn't aged well would be the graphics, especially on the DOS versions of the games. The 1998 Windows version does have the advantage of having 3D acceleration support and actual textures instead of gourrad shading, but loses the dynamic soundtrack, which some people don't think is worth the tradeoff. I never actually played the original DOS version of the game, I got the Windows CDs back in 1998 and that's the version I personally remember, so I prefer having the better graphics over the dyanamic MIDI soundtrack, it's not like John William's score from the movies sucked or anything.

If you're into space combat sims, they're worth picking up. X-Wing is pretty hard though, especially if you want to avoid having your score reset due to dying. TIE Fighter is a little more forgiving and also has more ships, a better heads up display and longer campaign.

....DAMMIT WHERE THE HELL IS YODA STORIES?! I've been waiting for it since they announced it!

While I'm of the opinion that they're some of the best games ever made (particularly Tie Fighter), I'll try to respond to your query without too much bias...

The X-Wing series are simulators, where just about every button on the keyboard has a function. If that's not your cup of tea, you're probably not going to like these games. While it can be daunting for new players, it's supremely satisfying once you get it down after a few hours.[footnote]You can also turn cheats on and blow through the campaigns, but where's the challenge in that?[/footnote] I highly recommend playing the Historical Combat missions first before you jump into the campaign.

I will provide this caveat, though; these games can be HARD. They're not even consistently difficult, either. You'll be breezing through a campaign with relatively little effort when you'll suddenly run up against a mission that requires every iota of skill to squeak on by. X-Wing in particular has some hair-pulling moments, where you pretty much have to know exactly where and when enemies spawn to stand a chance. There aren't any checkpoints either, which means you could put in half an hour of flight time, only to fail and start all over because one enemy bomber slipped through. As for Tie Fighter, I'll just give you this bit of advice: NEVER tailgate an enemy starfighter or transport if you're flying an unshielded ship.

Also, some technological concessions had to be made. Computers of the time couldn't handle huge Battle of Endor-style furballs, so the devs had to resort to multiple small waves of fighters that replaced old waves as they got destroyed. Always try to keep an eye on your in-flight messages for reinforcement notifications. It's easier if you're playing the original DOS or Collector's Edition CD-ROM versions, as there are audio cues as well.

While we're on the subject, the Collector's Edition CD-ROMs are widely regarded as the "definitive" versions of both games. They boast improved audio, more missions, more spacecraft to fly and increased screen resolution (640x480!). They also toned down the difficulty for a few of the insanely hard missions. There were 1998 remakes with improved graphics, but they lack the "soul" of the earlier titles. The most glaring change was the in-game soundtrack. Instead of an original dynamic score they opted instead to play canned audio from the movies that we're all heard ad nauseum. Not only is it less immersive, but it negatively affects gameplay as well, as the aforementioned audio cues are missing.

In the end though, you really can't go wrong regardless of the version you play. They are indeed classics that, in my opinion, have largely stood the test of time. They're on sale for $7 apiece right now anyway, so it's not like you're going to break the bank on these.

Chessrook44 said:
....DAMMIT WHERE THE HELL IS YODA STORIES?! I've been waiting for it since they announced it!
Click to expand...

I think it was a 16-bit program, which might mean it won't work on modern OSs without taking the source code and recompiling it. Personally, I want Star Wars Chess.