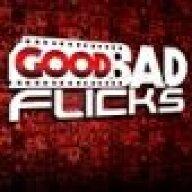 Exploring the making of The Blair Witch Project.

I really liked this movie. It hasn't been one I revisit very often. I may have to brush off my DVD copy and watch it again.

I knew it was fake when I saw it, but still liked it. It felt like half the issues people had with the film stemmed from people not paying attention to the dialogue. Steer clear of the sequel though. Higher production values did nothing to make it better.

I didn't know a lot of this though.

me and a few friends found this movie boring as hell. i tried to stay up. i didnt find anything scary in this movie, i was rather annoyed of the behavior of the characters and for not following the river. part 2 was nothing special either but at least no shaking camera which was rather crazier in the first, that made micheal bay look very tame.

I'd give my right asscheek for seeing a very extended cut.

Again, love learning about the movies I cherish! Well done. Looking forward to the new movie on Friday. 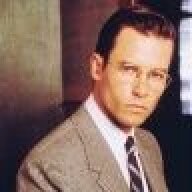 I think it's a little harsh to say the movie was "nothing more than a brilliant marketing tactic." I think all things considered, it's an excellent horror movie. Yes, there was a backlash to the hype, and it didn't help to have Time Magazine declare it as the "the scariest movie ever." But there are some genuinely scary moments in that film that hold up especially well, and the ending in the house is one of the most unsettling finales in modern horror (so glad they didn't change it!).

Also, having been a Blair Witch junkie and recalling that lead-up and launch of that film quite vividly, I'm not sure I agree that "countless people" were fooled into thinking the footage was real. I think a lot of people, including myself, were intrigued by the marketing of the film prior to the release and wondered if it was a documentary or not, but I don't think all that many people went into theater thinking it was real, to say nothing of coming out of the threater. I could be wrong, of course.
Show hidden low quality content
You must log in or register to reply here.
Share:
Facebook Twitter Reddit Pinterest Tumblr WhatsApp Email Link
Top Bottom