Google has been secretly testing "Project SkyBender," which aims to beam 5G internet to Earth from high-flying solar drones.

Up-start technological firm "Google," pioneer of search ingenuity, certainly has some audacious plans in store. The company seeks to deliver a sort of "wide-webbed world" to the masses via a fleet of flying machines. These airborne mechanical wonders are powered, if the news is to be believed, by sunshine itself. I am totally out of my depth, here - I need to ask Jeeves about all this.

Yes, it appears that Google's "Project SkyBender" has finally been unveiled to the public. The big G has been testing their recently acquired Titan drones [http://www.theverge.com/2015/3/2/8131145/googles-titan-drone-flight-internet-access] at New Mexico Spaceport Authority, with the intention that these drones will someday soon be beaming 5G internet down to Earth.

Previously, "Project SkyBender" was assumed to be CEO code for getting drunk on an airplane. Not good code, obviously.

At the airfield just outside of Truth or Consequences, New Mexico (yes, the same one from that Doctor Who two-parter), SkyBender has been experimenting with using drones and millimetre-wave radio transmissions, technology which may underpin 5G. High-frequency millimetre waves can transmit gigabits of data every second, up to 40 times faster than the 4G internet access some of us have, and more than twice as fast as dial-up.

Another of Google's internet-delivery experiments, "Project Loon [http://www.theguardian.com/technology/2015/oct/28/google-installing-20000-internet-enabled-balloons-in-indonesia]," has been in testing recently, as well. "Loon" sees helium-filled balloons filling the sky, acting like low-low-orbit satellites, bouncing information between themselves. Combining the two technologies could contribute to building a literal world-wide web of criss-crossing, airborne transmitters - a "series of tubes", if you will.

In other Google news [http://www.theverge.com/2016/1/29/10868404/google-reveals-how-much-it-paid-the-guy-who-bought-google-com], it's been revealed that the man who managed to sneakily grab the "Google.com" domain name in the moments before its renewal was paid 6,006.13 to hand over ownership. That's "Google," if you squint. When Sanmay Ved, an ex-employee, offered to donate the payment to charity, Google doubled the payment. 12012.26 doesn't look like anything, though! Thanks, charity.

Well, Escapists? Are any of you brave enough to make the "Skynet" joke I clearly missed my chance at? 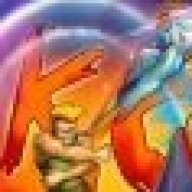 Should be interesting if it works out.


PatrickJS said:
and more than twice as fast as dial-up.
Click to expand...

And it will be 25 years before we see this in Australia, if at all. Why yes, I am bitter about our crappy Internet here.


008Zulu said:
And it will be 25 years before we see this in Australia, if at all. Why yes, I am bitter about our crappy Internet here.
Click to expand...

008Zulu said:
And it will be 25 years before we see this in Australia, if at all. Why yes, I am bitter about our crappy Internet here.
Click to expand...

Oh I don't know, maybe if Labor says it's a bad idea, the Lib/Nats will go for it.
U

So, WB and Comcast will now start lobbying for strict high altitude drone flight regulations in US?

PatrickJS said:
Well, Escapists? Are any of you brave enough to make the "Skynet" joke I clearly missed my chance at?
Click to expand...

And here I was wondering where did the visions of AIpocalypse straight out of John disappear to. They always give me a chuckle.

Anyway it seems like Zuckerberk or what's his name is getting his ass handed to him on the "bring internet to everyone" front. Go go Google - global internet!

Oh man, first they upset the industry with Google Fiber and now this? Strange to be so beholden to a company that large.

I do have to say, I like how we continue to disregard that Google is now "Alphabet". The branding is just too strong with that one.

008Zulu said:
And it will be 25 years before we see this in Australia, if at all. Why yes, I am bitter about our crappy Internet here.
Click to expand...

To be fair to Google it will probably take 25 years before they can task drones to fly upside down
Click to expand...

Thats good if it works, but if its going to have latency on the level of sattelite internet, you can forget about efficient browsing let alone gaming anyway.

Maybe he knew he wasn't going to get anything more without incurring a massive legal ****ing, courtesy of Google.

PatrickJS said:
and more than twice as fast as dial-up.
Click to expand...

This is the first thing I thought too! Ooh, that 56kbs goodness!

OT: The problem with this is that it will be very localised. 5G at the moment is trialed using about 15GHz freqs. I am no expert, but I know that this will have a vastly shorter range than 3G and 4G. You would then need a network of these acft over cities to complete a network. This would be a potential problem for cities, as most have very strict flying laws over them.

What this could be good for, however, is providing 5G to certain events that are away from cities. Festivals, say, or events that take place in towns with poor internet.

I cant see it becoming a valid option for 5G in cities though as a permanent solution.

More than twice as fast as dial-up?! MY GOD! That's over 100 kbit/s! Will these technological wonders never cease?


Ugicywapih said:
So, WB and Comcast will now start lobbying for strict high altitude drone flight regulations in US?
Click to expand...

-nods solemnly- Yes, because we all know these highly ecological, solar-powered, environmentally friendly drones that aren't in air traffic or capable of spying on anyone are MASSIVE SECURITY THREATS and uh, PRIVACY INFRINGEMENT?! I'm sure they'll come up with something to complain about.

In a thousand years, a flock of metal birds will soar over a team tasked with salvaging resources from earth's past for the space colonies. "Huh," one of them will say, gazing suddenly skyward, "I have five bars."
Show hidden low quality content
You must log in or register to reply here.
Share:
Facebook Twitter Reddit Pinterest Tumblr WhatsApp Email Link
Top Bottom