The "Spirit of the Goat" reminds Bullock of the cop he used to be.

I actually really liked this episode. Definitely felt like the best of the series thus far. To borrow from zoolander a little, It's clear that Erin Richards (Barbara Kean) was chose as a model/actress and not the other way around. I think this is by far the most lazy character on TV; and the woman playing Montoya, I can't even tell if she's just that bad, or if everything she does is dragged down by the fact that everyone around her is a we blanket. I would be completely OK if they fired both of them and recast them with literally no explanation.

Everyone else is pretty engaging and putting a refreshing level of effort into what they're doing. 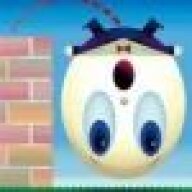