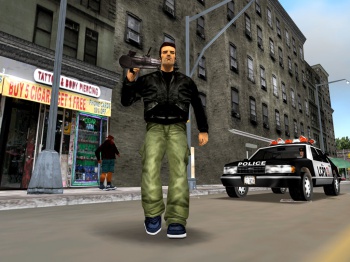 Rockstar wants to wish Grand Theft Auto 3 a happy tenth birthday by releasing it for Android and iOS.

It's strange to think that Grand Theft Auto 3 was released just under ten years ago. Many of us will have happy memories of roaming the streets of Liberty City, of stealing a favorite car and then switching the radio to Double Clef FM to give a classy edge to the destruction that the open city invited you to wreak. To celebrate the tenth anniversary of its release and remind us all of just how far technology has come in the past decade, Rockstar has announced its intention to release Grand Theft Auto 3 for many Android and iOS phones and tablets later this month.

"Grand Theft Auto III showed us the potential of open world games," said Rockstar co-founder Sam Houser. "It helped set the vision for the company, and we have been expanding on those possibilities with every game ever since."

Rockstar will also release a limited edition figurine of main character Claude, available in either his classic bomber jacket or his old school Liberty City Penitentiary jumpsuit. Both are available for pre-order on Rockstar's website. [http://www.rockstarwarehouse.com/]

GTA3 was a watershed moment for open-world games. Many of the things we now take for granted in our sandbox titles - realistic maps broken up by water or terrain, in-game media, variable police attention, armored tanks - can be traced back to the story of the silent criminal left for dead in a city that never took itself too seriously. Many of the game's greatest achievements lay in its detail; the way the radio news would retell the story of your latest mission, for example, or how you'd have to drive all careful and slow after a visit to the Pay N Spray. The fact that all of this can now fit onto a phone is playing with my mind a bit, but the chance to revisit and celebrate this baby classic is something to look forward to.

Loved GTA 3. That was the first one Lazlow Jones was on board for and he did an amazing job with the Chatterbox and the other radio stations.

Heh, 10 years, and that awesomely epic game can now be played on such tiny thingies... Pretty amazing indeed.
I wonder if we'll be able to play GTA IV on our mobile platforms in ten years...?

Also, GTA 3 truly was awesome. When i first started it, my mind couldn't understand how free i was. I kept on looking for weird stuff blocking the roads everywhere, or invisible walls... It was awesome. 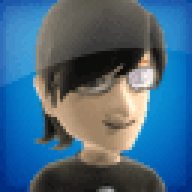 Sounds awesome can't wait to check it out

Oh wow. This is really cool. I can't wait to play it again. I got Chinatown Wars for iPhone, but it just didn't click with me. I've spent so long playing both GTA 3 and Liberty City Stories. Any word on pricing?

My favorite GTA. So much fun. If I ever get an Android or iOS device i would check it.

I can't believe that GTA 3 is already in double figures agewise. I still remember moaning to my friends before it came out that it wasn't GTA because it was now in 3d rather than in a topdown perspective. God how glad I am that I was wrong.

That's pretty cool.
But how much is it going to be? I can't see myself paying that much for a game I played to death 10 years ago.
San Andreas on the other hand... is it possible to stuff that onto an Android device?

Hevva said:
Rockstar will also release a limited edition figurine of main character Claude, available in either his classic bomber jacket or his old school Liberty City Penitentiary jumpsuit. Both are available for pre-order on Rockstar's website. [http://www.rockstarwarehouse.com/]
Click to expand...

Both? It's one figure with two sets of clothing.

I think GTA III would appreciate a real present for its birthday instead of this flaming bag of dog poo Rockstar is giving it. Slap it in an HD collection for platforms with buttons and analog sticks so that it can be played properly, now that's happy birthday. Releasing it on a platform where everything more complicated than Angry Birds is by definition unplayable due to the lack of buttons is just an insult.

Ahhh GTA 3. Loved that game. It taught me that I love sandboxes. Never beat it, too busy running shit over. 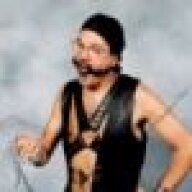 Fuck. Yes. Release it, and I will buy. And I don't know why some of you up there are complaining about pricing. I'm willing to go up to 20 bucks. I mean, come on, it's GTA III! For me it's in the same revolutionary ball park as Ocarina, and you don't see anyone complaining about that pricing. Then again, the DS does have a better control scheme going on than the iPhone touchscreen, but I'm willing to wait and see. Rockstar is usually good about these kinds of things.
R 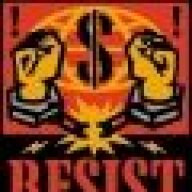 That figurine could very well be the start of my collection..

I doubt my phone could handle it, and I'm a little skeptical about controlling such a game on such a device, but still, more power to 'em.

Callate said:
I doubt my phone could handle it.
Click to expand...