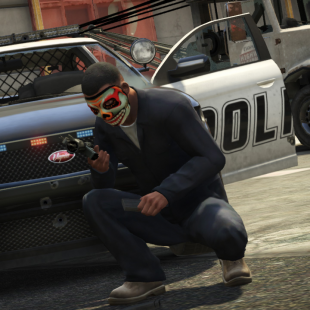 Grand Theft Auto V will be releasing tomorrow on Xbox 360 and PS3 and, as of right now, PC gamers are something of an odd man out. With no PC version yet announced, hopeful fans have taken to the internet campaigns and petitions to convince the game's developers at Rockstar to invest in a port to computers. <a href=http://www.change.org/en-CA>Change.org, for instance, is currently playing host to a pro-PC port petition that boasts more <a href=https://www.change.org/en-IN/petitions/rockstar-release-gta-v-on-pc>than 350,000 signatures. That's not the only petition on the website concerning the game, however. A second, aimed at keeping GTA V console exclusive, recently broke <a href=https://www.change.org/en-CA/petitions/rockstar-games-dont-make-a-pc-version-of-gta-v#news>10,000 signatures.

Started by one Trevor Phillips, the "Don't Make a PC Version of GTA V" petition was launched with the apparent goal of making "PC gamers learn their lesson" so they'll "stop stealing games." In other words, it's an anti-piracy petition. It, of course, ignores the fact that game piracy also happens on consoles and that reports of game piracy on PCs may be somewhat exaggerated.

Even if PC piracy were that bad however, we can't help but feel that Rockstar adopting this sort of policy would be akin to salting the garden to kill the weeds. Granted, a single glance at this petition gives us the impression that this was more an attempt at flame-baiting than anything serious, but still, 10,000 signatures? Really? It's a good thing the pro-PC petition is there to offer an overwhelming counterbalance. Our faith in humanity might have slipped some, otherwise.

WOW! That is just a major dick move. I mean...wow! I'm just glad that the Pro-PC camp outnumbers the anti-PC camp 35:1. That...wow. As a console gamer, this disgusts me.

Yes, let the stupid gamers fight amongst themselves whilst the true master race pulls the strings on matters that are truly important.

Hmm, it may actually be beneficial to game companies to with-hold the release of the pc version until well after the console release of their games. I say this knowing full well that I'd much prefer to play GTA V on my pc than on any console.
X

So it's anti-piracy but GTA V was leaked on consoles.

No way it's serious, just flamebaiting.

This is absolutely ridiculous to laughable levels.

PC folks will get their GTA V games eventually. (Not that they were any good anyway.) and I'm willing to bet this "petition" is blatant trolling more than anything honestly serious.

It is just flamebait. The petition to also port it to the PC is nice but they'd have ported it there anyways.
They have done it time and time again: Release on consoles, then focus on a (good) PC port.
I think this is a better policy than doing a half-assed port.

You'd have to be quite the asshole to not want a bunch of people to enjoy a game just because of the platform they choose to play on.

That goes for PC players as well as console players.

Yeah PC users are just pirates! To extend this even further, GTA CAN NO LONGER BE PRODUCED ON PC AND MACS! The security flaws are so apparent that the only safe way to make GTA is on stone tablets. Carefully inscribing each 0 and 1 into their surface to be decoded at a later time! Plus if any pirates stole the tablets they would never be able to decode it to release onto the filthy PC masses!

People must not have anything better to do if they want to make flame bait petition. Oh well : /
J

As much as I love my console over PC, I'd say it's incredibly stupid to deny players a multiplatform strictly because you don't want them to or fears of piracy. Seriously Steam is pretty tight if you're the kind of person pidling about piracy.

StewShearer said:
Started by one Trevor Phillips, the "Don't Make a PC Version of GTA V" petition was launched with the apparent goal of making "PC gamers learn their lesson" so they'll "stop stealing games." In other words, it's an anti-piracy petition.
Click to expand...

I'm not sure that's actually what they're saying; from the sparse details, it reads more to me as "stop stealing games from consoles" as if console exclusivity is a right & PC gamers are "stealing" that from them

What a bunch of disgusting trolls. That there is prickish elitism as it's finest. Everyone who signed that is an idiot.

But it shows why internet petitions aren't often viewed with any seriousness. Any dumbass goal will get dumbass people to sign it.

It's also quite amusing since a bunch of people on the XBOX360 got banned for pirating it and playing it early..

I literally don't understand the thought that goes into that. Like how do you come to that conclusion? Stop stealing games? Piracy aside, Consoles have exclusives too, which I would argue are more 'stealing' than making something available on MORE platforms...
D

The only possible reason this could make any sense is all the PC elitist crap console gamers who try to play an active role in discussion get. Which actually doesn't make sense, because for one, that isn't all PC gamers, why on earth would taking GTAV away change anything, and for another, yeah, that's totally how you stop people being dicks, by being even bigger dicks back.

And stealing games? Do you mean the amount of PC exclusives that have gained popularity? That's just the way it is, that stuff is more popular and easier to release on PCs, which considering the amount of crap PC gamers have to put up with is only fair. Or do you mean piracy? Because that never happens on consoles, right? Oh yes, what's the best way to stop people pirating gtav on PC? NOT LETTING THEM BUY GTAV! OF FUCKING COURSE!

Jesus christ. As a console gamer, I've had to put up with a lot of marks to our name. The attachment to the most annoying and vile parts of the core FPS fanbases. The assumptions made that we're not real gamers, or that we're stupid, but I didn't let it bother me too much.

But on this day, I am truly ashamed to be a console gamer. The fact that 10,000 of our number signed to stop fellow gamers enjoying what they want to is just depressing.
T

I solve this problem by simply having no faith in humanity. Suddenly this whole thing is just funny.
T

StewShearer said:
Started by one Trevor Phillips, the "Don't Make a PC Version of GTA V" petition was launched with the apparent goal of making "PC gamers learn their lesson" so they'll "stop stealing games." In other words, it's an anti-piracy petition.
Click to expand...

I'm not sure that's actually what they're saying; from the sparse details, it reads more to me as "stop stealing games from consoles" as if console exclusivity is a right & PC gamers are "stealing" that from them
Click to expand...