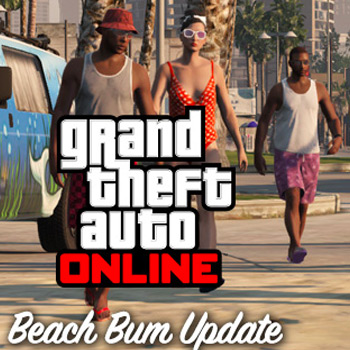 Rockstar Games has released the first piece of DLC for Grand Theft Auto 5, and it's free.

Last month, the folks at Rockstar Games unveiled the first piece of DLC [http://www.escapistmagazine.com/news/view/129051-GTA-Online-Hits-the-Beach-in-Free-Add-On-Update] for Grand Theft Auto V. The update, which has been dubbed "The Beach Bum Pack," was never given an official released date, but Rockstar did say that it would hit the market sometime in November. Well, GTA super fans will be happy to discover that their favorite developer slyly released "The Beach Bum Pack" today.

If you're an Xbox 360 owner, you'll need to log into Xbox LIVE, update Grand Theft Auto V, and download the DLC. PlayStation 3 users, however, won't need to download the patch separately. It should be included in the game's 1.06 update.

The DLC will add several new vehicles, clothing items, and weapons (including a broken bottle, which Rockstar says is "perfect for any beach blanket brouhaha"). Plus, GTA Online is getting a slew of new missions. "In conjunction with today's Beach Bum update, we're also adding 30 new Jobs to GTA Online today," writes a Rockstar representative. "This includes new beach-themed Races, Deathmatches, Parachutes, Last Team Standings and Gang Attacks, plus the beachfront 'Survival on Del Perro Pier' and more."

The update also fixes a few bugs, fine-tunes GTA Online's gameplay, and adjusts several balance issues. So, it might be time to send Rockstar a thank you card.

Beach Bum content is almost all (or maybe all) free in-game. I was expecting to have to buy things, but it seems all the clothes are added to your wardrobe, and weapons/tats/hair and even the boat were listed as free for me.

The game was buggy as hell when I played it, though I can't tell if that was the update or the game being itself.

LOL, no not in the slightest.

1). The Beach Bum content is of no use nor interest to me in the slightest
2). The DLC alongside the free $GTA 500,00 is clearly a smoke screen set up by Rockstar to try and will people back in to the game and more importantly to try and get people interested enough in the game so that they will part with paid for DLC, they even mention paid for DLC in the release info on their page

3). The game is still a mess, the wonderful server, missions, races, free roam mode empties of all people except you bug that introduced in 1.05 is still in 1.06
4). Prior to 1.05 making cash was fairly straight forward, join race, win race rinse repeat. It took some time to make some big bucks and you had to be good at the racing to make the big bucks but it at least worked. 1.05 introduce so many server connection bugs that it took twice as long to find a stable race that actually had a decent number of players in it, it introduced a situation were you didn't know if you would complete the race, (the wonderful everyone quits but you bug which forces you to finish the race where you win NO CASH at all or quit the race and get a bad sport tag, fucking brilliant) Or the wonderful finish the race, watch other player finish, vote for the next race, wait for it to load to find that the 8 or 9 players from the previous race have all left leaving you by yourself in the lobby.
5). Now here's the kicker 1.06 has ALL the bugs from 1.05 with the added bonus of the cash prizes now being reduced by 2/3. You won $GTA 13,000 for finishing 1st in 1.05 now you win $4,000 for the same race.

The DLC butters you up with free stuff while Rockstar slowly sneak up behind you and try to grab your wallet by reducing the cash prizes before stabbing you in the back with the god awful server and matchmaking system.

If this was a nickle-and-dime monetization thing I'd gripe, but for free? *shrug* I'm not going to complain.

So is this the first AAA game to release DLC for free on the 360, as opposed to just patches?

Steve the Pocket said:
So is this the first AAA game to release DLC for free on the 360, as opposed to just patches?
Click to expand...

Other than the list that MinionJoe linked to, there's the character/map packs for the ME3 Multiplayer as well.

OT: Pretty much the only thing that will get people back onto GTA:O (at least as far as I can tell from discussions with my friends) would be the release of Heist missions, and the smart money says that's going to be paid DLC, likely grouped with a single player "expansion pack" that you'll have to get to be able to do the Heist missions online. 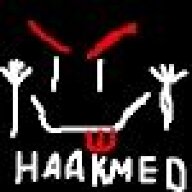 only one real question needs to be asked. Are the Heists up?

Steve the Pocket said:
So is this the first AAA game to release DLC for free on the 360, as opposed to just patches?
Click to expand...

Not by a long shot.

Wow, there's some stuff from older games on there too. Kudos to the publishers who have taken their formerly-money-cost DLCs and made them free. I never expected that.

The real question is, which income streams did they nerf in this one without mentioning in the patch notes? Somone already mentioned race payouts, i.e. one of the sole sources of reliable income.

Rockstar shows that they can make good SP games, but flounder with the MP versions. GTA:O is a hugely unprecedented undertaking. While they sort of previewed it on RDR, it really was mostly empty wasteland and no real cityscape.
I say that R* wasn't even remotely prepared for the inaugural issues they had nor did they have a plan to take care of the issues that cropped up.
It might sound like I'm downing on R*, but actually I'm not. I feel that multiplayer is such a massive undertaking when it comes to scale like this, there really needs to be professional testers that aren't in-house, not revolving door jobs. Basically people who are really dedicated to testing games on a large scale and aren't going to be fired. This is the reason games come out shitty, QA workers are treated like crap in a lot of places and have no job security. That means the quality of QA is lessened.
I don't know R*'s internal QA policy, but if the industry norm is any comparison, its probably the reason.
When game publishers realize that they can't use their gamer base as a post-release beta testing queue, the quality of games will be greater.
How will this work, I'm not sure as the logistics are beyond me right now but I think thats the issue at hand.
Show hidden low quality content
You must log in or register to reply here.
Share:
Facebook Twitter Reddit Pinterest Tumblr WhatsApp Email Link
Top Bottom