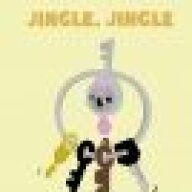 Fallout New Vegas on very hard plus hardcore, the amount of doctor's bags you need to go through and with the different types of ammo it brings in an element of actually thinking about your next attack and what ammo you should keep
I

Most shooters I would say because they tend to give the AI wallhacks and aimbots whilst severely nerfing your health.

But I don't consider that real difficulty, just being cheap as hell.

I know this is an old one but I gotta with Demon's Souls on NG+, hard as hell.

Many games up the difficulty by making enemies have 10x or 100x the hitpoints, or making you correspondingly more fragile, or making the enemies do goofy things like snipe you in the left eye with a rusty pistol from 900 yards away, etc.

NG and its brothers simply outclassed you. Yeah, they did a bit more damage and you did a bit less, but holy bajeezus they were aggressive and SMART - very few games actually change the enemy AI based on the difficulty level, but these do. Lower your guard for a split second in a vulnerable area of a room on Normal - you'll probably get away with it. On Master Ninja - get ready to get juggled. Watch how they circle you, watch what attacks they use, watch how one will force you towards another - all that changes based on the level of difficulty. They aren't 5x faster or have 10x the hitpoints, but they still kill you with the speed of thought.

I don't see much skill in someone beating Ultimate Final Omega Boss #934583 in the latest Final Fantasy game (difficult because it has 10,000,000 hitpoints and regenerates, which IMHO makes it a test of endurance instead of skill), but I see a lot of skill in someone entering a room in NG 2 and taking on a half dozen Black Spider Clan ninjas and, in a FURIOUS burst of activity (almost too fast to follow) that lasts no more than 10 seconds, leaves all their opponents dead.
Click to expand...

The skill in FF Games is not beating them but beating them fast or at a low level due to strategy if you figure it out yourself like see the Barret one for Emerald Weapon. 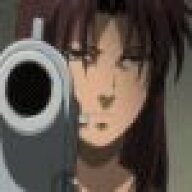 The only one that comes to mind is Dead Space 2's Hardcore mode. But that's because you can only save it 3 times throughout the whole game! Because I can never get far enough, I've given up. 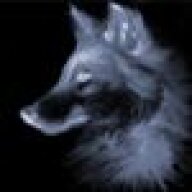 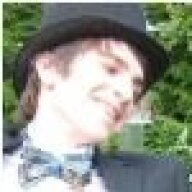 Mythic/LASO on Halo, including Blind.

I know right? Especially if you start an Insanity run with a brand new Shepard like I did. God was that a mistake. To make it even better, I was an Adept. >.< I struggled soooo much in basically every fight in the game. I eventually broke down and set it back to normal just so I could enjoy the game again.

Well, when you die on Insanity on The Witcher 2 its game over.

FurinKazanNZ said:
Half Life 2 on hard and Left 4 Dead on Expert
Damn all
Click to expand...

Every time I think I'm doing well on Expert in that game the AI Director spawns a tank or unleashes an ungodly amount of zombies or puts a witch directly in the path I need to use, just to remind me who's in charge. Most of the time I can manage to reach the finale, but once I get there, I'm basically waiting to die 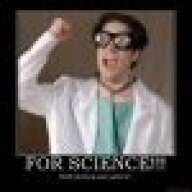 COD World at war. I despise that games Insane difficulty. You are either getting killed in one hit from a pistol 100 yards away or you are getting dozens of grenades thrown at you from enemies who cannot see you whilst watching your team mates are shooting the floor.
G

Shogun 2 Legendary, fook that sheet. I've probably been ninja'd, but I don't really have the desire to trawl through 10 pages. 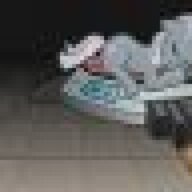 Kyle 2175 said:
Any of the S.T.A.L.K.E.R games, though they're more than hard enough already. In the first one you had the exact same amount of HP as your enemies if I remember correctly and in the second one you had very slightly more but they also started throwing grenades in that one, so that didn't really change much. I haven't played Call of Pripyat but I've read that it's not much easier, though apparently difficulty works somewhat differently in that one so that the easier difficulties are easier and the harder ones are harder.
Click to expand...

Call of pripyat's difficulty relies more on the fact that Mutants even the Higher level ones such as Psudogiants, Burer, Controllers and Chimera tend to spawn in the wild (in accordance in being closer to the centre of the zone)and more so in night, (and the night is darker); also Bandits also tend to ambush you if you come back succesful from an artifact hunt.

Also Im not sure the Difficulty settings do much compared to the other two but then again COP is a differant game: more focused on survival and doing a job then shooting at other stalkers.

Playing Halo: Reach LASO (Legendary all skulls on) is damn near impossible, but I wouldn't even attempt it alone, because not only are the enemies basically invulnerable to weapons, but every time you die, it restarts the entire level.
S

ShatterPalm said:
Maniac Mode on Fire Emblem: Radiant Dawn. Make it past chapter six. I dare you.
Click to expand...

Let me know how it goes, eh?

The Witcher 2, die once game over.
Bad luck try the entire game again.

dogstile said:
If you're not careful on stalker on normal, you can die quickly.

On master? Christ, the game wants to kill you for existing.
Click to expand...

Pretty much this, STALKER makes its living on hating you and anything connected to you.

Also, Dragon age origins on nightmare, the name says it all.
C

ShatterPalm said:
Maniac Mode on Fire Emblem: Radiant Dawn. Make it past chapter six. I dare you.
Click to expand...

Let me know how it goes, eh?
Click to expand...