Help me find an anime

Before I crack open the ol' external hard drive, does she watch Subbed or only Dubbed? No point in listing subs if she doesn't wanna read along.

Edit: Might wanna edit the answer into your OP as well.
J

I would second Lupin III.
They certainly aren't aimed at her age group per se, but they make for perfect rainy Sunday afternoon family fare.
Like an Erol Flynn movie. Or a James Bond
Click to expand... 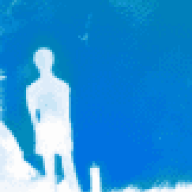 Zatch Bell might be a pretty good one to watch. I enjoyed it quite a bit as a kid, and rewatching it a few years ago, I still felt that it held up fairly well. No fanservice(it was on Cartoon Network), funny, the female characters don't exist to be objectified, and the violence isn't gory or anything(once again, it was on Cartoon Network). Overall, it seems like it'd be a pretty good show for someone around her age. Unfortunately, the dub ends around halfway through the series, so you'd have to watch the rest in subs online somewhere which may or may not be a problem for her depending on how comfortable she might be watching a show like that.

A fairly recent recommendation would be Barakamon, it being about a calligrapher who get's sent by his dad to live on an island after getting a little to aggressive with a judge for insulting his calligraphy, and the story follows his various interactions with the islanders. No fan-service, a fairly large cast, humorous, plenty of female characters, and no violence.

I might recommend Hidamari Sketch, as it centers around 4-6 non-sexualized female protagonists, and their day to day lives, but that's pretty much all it is. Their day to day lives, and not much else. Very little conflict, no overarching plot really, it's sort of like K-on in that nothing really happens, you just kind of sit back and relax and watch them tackle their daily lives. The only pro here for your sister would be as previously stated, the non-sexualized all female cast that don't spend their time talking about boys either. May as well throw in a vote for K-on as well if this series made the list.

I'd second Gekkan Shoujo Nozaki-kun, but I think it kind of requires somewhat of a prior knowledge of manga/anime tropes for you to really enjoy it to it's full effect, although some might disagree. But for someone who's completely new to anime, it might not be something to immediately check out, but definitely worth checking out later down the road.

That's about all I can think of at the moment. I'm honestly not sure if any of these are really the best choices per-say, but they at least shouldn't contain any fan-service or strong violence. Also worth noting, I'm pretty sure Zatch Bell is the only one of these shows with a dub, so you'd probably have to watch the other ones subbed. Wow though, didn't think finding good anime without fan-service/violence would be this difficult, and this is coming from someone who tries his best to avoid fan-servicey anime.

EDIT: Oh, how could I forget Nichijou!? Very funny, and something I would genuinely recommend to anyone, and it doesn't contain fan-service or strong violence. It may even have a dub too, although I am not 100% sure at the moment. Of all the stuff I've recommended, Nichijou is probably your best bet for a show that meets all the requirements, and is actually something she would probably enjoy.

Before I crack open the ol' external hard drive, does she watch Subbed or only Dubbed? No point in listing subs if she doesn't wanna read along.

Good point. She would probably prefer dubbed. I doubt I would have had the patience for subtitles at that age, and I grew up with bad voice acting, so I didn't mind then. 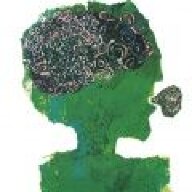 Will add to the voices recommending The Girl Who Leapt Through Time and Aria. Perhaps Azumanga Daioh and Ghost Hunt as well.

All of them have dubs, by the way.

I'll write down what points these different anime conform with.

Ga-Rei Zero is a bit gory, but it meets the other two requirements. 2/3

Magi has some light fan service (really silly though), a strong female character is part of the main trio. 1/3 (2?)

I haven't seen Angel Beats in a while, but from what I remember it ticks all the boxes. 1/2/3

Darker Then Black features a couple of good female characters. Slightly gory though. 1?/2?/3?

Kill la Kill is getting/has a dub. Not sure if it could be counted as appropriate though. 1/3

Possibly Guilty Crown. Female lead is a strongish duo-persona clone thing. Not sure how to explain it. Can't remember much of it to be honest. 1?/2?/3?

Zetsuen no Tempest. Strong female lead(s), though it mainly follows two dudes, tiniest bit of gore. No dub though, nor does one seem to be planned. 1/2/3

For great dubbed classics that may break some of your rules, Cowboy Bebop, Death Note, Code Geass, are all memorable.

If she already likes Miyazaki and adorable things she will probably enjoy Sherlock Hound. http://www.crunchyroll.com/sherlock-hound
I know I sure do. One of my favorite anime and quite possibly my favorite adaptation of Sherlock Holmes.

PS- If you prefer youtube to crunchyroll (and I know at least episode 4 has synch issues on crunchyroll) all the episodes have been officially uploaded there as well http://www.youtube.com/channel/SWK162qI1LPF8 frustratingly the episodes have been uploaded on youtube out of order for no apparent reason. Though the series wikipedia page helpfully provides a key so you'll know the correct order to watch in http://en.wikipedia.org/wiki/Sherlock_Hound

I'd say that your sister is far more fortunate than the likes of me. She has two whole genres just for her. Magical Girl shows and Shoujo. She might really like the slice of life shows too. Sit her down in front of some card captor Sakura or Sailor moon. Can't go wrong there. Even though I love Shoujo shows myself, I'm far less versed on them then say Seinen shows.

I'm not about just naming random shows, but more about giving you the tools to search for the type of shows she might like to watch. Japanese Anime is very genre-fied(not really a word, but it works).

Kekkaishi
An action series about two childhood friends who fight off monsters called "ayakashi" that attack their school grounds every night as it sits on an area that oozes immense power. It contains good role models and avoids a lot of clichés. The female lead, Tokine, is also handled very respectfully. Very high recommendation. It's got good storytelling, good characterization, and good action scenes that rely on strategizing, rather than competing to see who can scream the loudest.

Astro Boy (2003)
A fairly psychological children's sci-fi action series about a robot who comes into a world filled with humans who have a prejudice against robots and vice-versa.

The flower we saw that day (AKA, "AnoHana")
A bunch of childhood friends began to drift apart after one of their own died in an accident. Years later, she appears to one of them and he's the only one who can see her. They try to bring everyone back together. The narrative strives to put you in tears.

BoBoBo-Bo Bo-BoBo
A man with a blonde afro uses his nose hairs to battle the forces of evil after Czar Baldy Bald IV takes over the world and decrees that all of mankind becomes bald. In case you couldn't tell already, this is a very ridiculous series. It's an action-packed parody on animé itself and beneath all the layers of madness lies a work of genius.

Fullmetal Alchemist Brotherhood
After an alchemical accident, two brothers ended up losing a lot. The older brother lost an arm and a leg, while the younger lost his entire body, leaving his own soul bound to a suit of armor. The older brother was given metal prosthetics and a spot on the military, where the two of them have access to extensive research in how they might be able to reverse the effect and return their bodies back to normal. The story takes place in the early 1900s.

Fooly Cooly
It's weird, it's short, and it's about growing up. It also involves someone in a bunny costume using a flying guitar to battle a giant monster. Also, random stuff keeps literally popping out of the main character's head, including a fully-functional robot.

Usagi Drop (no Dub)
An old man had an illegitimate child and has just died, and the other family members are just trying to avoid her and want her out of their lives. So her adult nephew decides on the spot to adopt her and soon begins to realize what a gargantuan change that fatherhood has just placed on his life.

Durarara!!
The focus shifts between loads of different characters and their lives in a city. Sometimes, it's pretty normal, like some guy bringing people together to do voluntary community service, while other times, it involves a supernatural woman searching for her missing head.

Little Busters
A group of childhood friends is in Highschool and they will be graduating soon and they will inevitably go their separate ways. So they decide to let their youth go out on a high note with a game of baseball. But they themselves only make up five people. So they need more players and start to look for some new younger friends to join them. The show itself is not actually a sports animé. The whole "baseball" aspects plays only a very minor role.

Is this a Zombie?
The protagonist is murdered by a serial killer. However, this one girl whom he had cheered up earlier that day turned out to be a necromancer and resurrected him as a zombie. He wants to uncover who his killer was. A magical girl and a vampire ninja join him on his adventure. Wait, what!?

My Bride is a Mermaid
Some guy winds up getting himself involved with a mermaid mafia and has to accept an arranged marriage with the mob boss' daughter one day or be killed. He gradually begins to like her. This series places a strong emphasis on the fact that marriage doesn't just bind two people to one another, but brings two entire families together. It isn't laser-focused on the two lovers. By the end of it all, they share the same circle of friends and it brings attention to still keeping other people in your life.

Squid Girl (only the first season has been dubbed)
A humanoid squid-like entity holds the desire to conquer all of mankind and attempts to do so on her own. She gets as far as breaking a hole in a restaurant and has to pay off the damages. Hilarity ensues.

Fruits Basket
A girl gets herself involved with a family with a curse that causes them to be turned into animals when they're hugged.

Joshiraku (no dub)
Each episode involves a bunch of friends discussing something, but gradually the conversation gets more and more way off-topic and things escalate like crazy.

Kobato (no dub)
A woman is partnered up with a talking plush dog to solve people's issues or ease their pain and trauma.

Lucky Star
Pretty much the quintessential slice of life comedy.

Tokyo Mew Mew (dub was never finished... and said dub was by 4Kids)
Magical girls with animal-based traits (yet are named after food for some reason) battle mutant behemoths lead by aliens that want to take over the world.