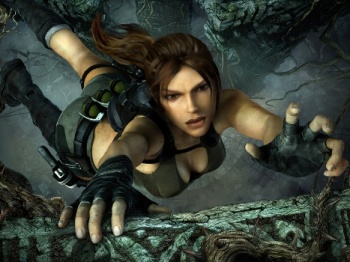 Tomb Raider [http://www.tombraider.com/] fans with ten seconds to kill have been given a great opportunity to inflict themselves upon the poor citizens of Derby by voting to christen the U.K. city's new ring road as "Lara Croft Way."

Back in July, the Derby City Council asked for help coming up with names for two new stretches of the city's inner ring road. More than 100 suggestions were made, which were eventually whittled down to a list of eight that's been posted on the City Council website for a final vote. The two top vote-getters will be used to name the new additions to the road.

The great thing about this, at least if you're a Lara Croft aficionado, is that you don't actually have to live in Derby to vote. You don't even have to live in the U.K. Anyone on the internet can cast a ballot and judging from the results so far, it looks like the power of the tubes is going to carry the day. "Lara Croft Way" already holds a commanding lead with 81 percent of the vote; in second place is "Steve Bloomer Way," with five percent. (To put it in another perspective, Lara has received 268 votes at the time of writing, while Second-Place Steve has 17.)

There is actually a legitimate connection between Lara Croft and Derby: derby.gov.uk [http://en.wikipedia.org/wiki/Core_Design].

Given Derby's road system, any bloody street signs would be an improvement

However, here's the results so far

[HEADING=3]Help Name a Street After Lara Croft[/HEADING]
Click to expand...

Though I would have preferred "Big Breasts Road."
[small]I would kill to live on such a street.[/small]

Question goes, why would I want to do that?

A statue I could understand... She is an iconic, and quite eye pleasing character... But to name a street after her? She is as likable as sand in your underwear and the quality of her videogames has gone all but downhill...

Lara Croft? You mean that girl who likes to undress herself within every oppurtunity of going on Deviantart?

Meh, she has my vote. 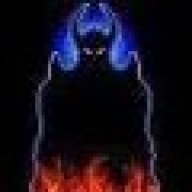 Oh, something else to name after Stephen Colbert.
*gets to it*
oh, there's no "enter your own name" option, too bad
*goes back to not caring about... what was that place called again?*

That's too funny. I'm voting for Lara though.

Same! That, is, awesome! 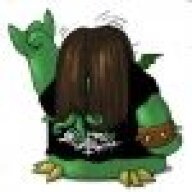 What?
No way I'm helping with that.
Lara Croft is very, very evil.

Jesus Christ, it's a whitewash. 90%... wow, congrats guys, we just proved our right to godhood!

You mean "I'm just off down Lara Croft Way"? Nah...can't see that happening. 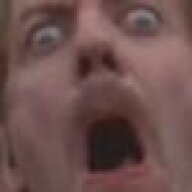 This makes me feel all patriotic

Land of hope and glory...

So yes, i voted this is awesome, no way that lara croft won't win 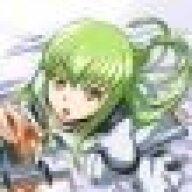