hey final boss this is gonna be epic wait are you serious? 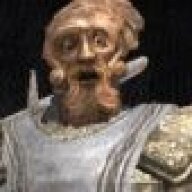 
I don't mean the confrontation with Lucien in the spire either, I mean the beach battle with the shard. My GOD is that easy. I just stood up on the hill spamming the time control spell and max-level vortexes until the shard opened then just smashed a shitload of fireballs into it. Took a while but it was easy.
Also, Fable 3


One fight with a possessed form of the guy you fought right at the beginning of the damn game. And he's only got one new attack. I got through the whole fight first time without even being hit once.

And the multitude of mini fights on the lead-up to it were piss easy too. 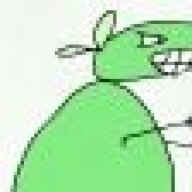 Final Fantasy X. And, in comparison to the rest of the game, Shank.

You fought a tough first form.

Than came the final form. It did nothing but buff/debuff.

Mass Effect. I didn't know I was convincing Saren to kill himself, and that Reaper Zombie was pretty easy. I had my assault rifle skill all the way up, so by the time Overkill ran out the charge time was almost recharged, so I could just unload on him again
W

that is the final boss. Srsly. 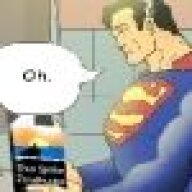 Hahaha, I have found most of the ones mentioned so far pretty hard, thats Bioshock, Fable 2 (the shards), and Borderlands, though I think I hadn't advanced my character much in any of those.

All three are kind of easy anyway, so I suppose I only found them difficult in relation to the rest of the game...Borderlands being the only one with some form of punishment for dying.

Portal 1 and 2 were pretty damn easy, but then insane boss difficulty isn't what I went in expecting anyway, and they were pretty satisfying nonetheless. 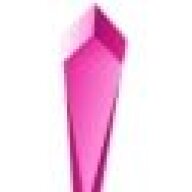 Well, let's start by saying NOT The Legend of the Dragoon. Megaman II, definitely. Aaaand as for the more modern era, the very last er...confrontation...sequence in MGS4 was a let-down. 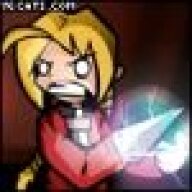 ff10, ff8 (i super powered and from a story point)

GLaDOS, Augustus Autumn (not really a boss just a lame final confrontation) and the humman reaper in ME2. 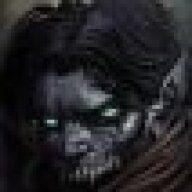 Greyah said:
Several bosses in Batman Arkham Asylum. Half of them you don´t even actually fight.

Harley Quinn just throws a lot of weak dudes at you while temporarily electrocuting certain floor parts, which is easy to avoid. When she comes down to fight you herself, you get a cutscene in which Batman punches her twice and then locks her up.

Killer Croc is hardly a boss fight. You walk around the sewers a bit, and as soon as you hear a roar and the music changes, you turn around, fling a batarang in his face, and just keep walking.

The Joker was a... joke (ba-dum-tish). You can just dodge his slow melee attack for a few seconds, he jumps out of the small arena, and throws a lot of weak dudes at you. You beat em up, pull joker down, repeat that twice, and win.

Not that I mind though! I can imagine quite well that the combat engine works a lot less well if you're just doing single target fights, and fighting a lot of weak dudes at the same time is a lot of fun.
Click to expand...

And we all like it. More story oriented. Less just hit this thing until it goes boom! And more actually good to see encounter, that break the monotony of just fight a lot of weak guy.

Haha srsly. Fortunately the DLC threw in General Knoxx, who is the epic final boss the vanilla game is lacking.
M

that is the final boss. Srsly.
Click to expand...

This. I just finished the game a few days ago. Even though I already finished 2 times (for the achievements) I always feel disapointed in the end 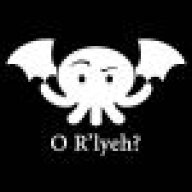 I'd probably say the final boss from halo 3, a cripple in a wheelchair? are you serious?
E

Bloody ninjas! I do however think this one needs reiterating. Two hits and the world was saved. Two hits. Urgh. 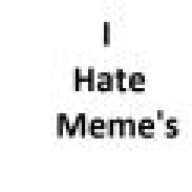 No, no. Here is the worst boss of all time.
http://www.youtube.com/watch?v=IS_zWW9jJ34&feature=related