Comet Siding Spring's close pass to Mars showered the planet with meteorites and created a strong disturbance in its atmosphere in a way that has never been observed before on any planet.

The NASA's [http://www.escapistmagazine.com/tag/view/comet] Mars Atmosphere and Volatile Evolution (MAVEN) mission, NASA's Mars Reconnaissance Orbiter (MRO), and a radar instrument on the European Space Agency's (ESA's) Mars Express spacecraft have now confirmed some unusual findings. When dust from the comet vaporized in the Martian atmosphere, the meteor shower produced major short-lived changes in the ionosphere - the electrically-charged region in the upper atmosphere.

A very strong layer of ions was temporarily added to Mars' ionosphere, lasting for several hours after the close encounter and slowly dissipating over the next two days. Not even the most intense meteor storms on Earth have produced as strong a response as this one, the report states.

"This historic event allowed us to observe the details of this fast-moving Oort Cloud comet in a way never before possible using our existing Mars missions," said Jim Green, director of NASA's Planetary Science Division at the agency's Headquarters in Washington.

Siding Spring, also known as C/2013 A1, was first discovered in January of 2013 by astronomer Robert H. McNaught at Siding Spring Observatory. McNaught is described as "the world's greatest comet discoverer."

Pft, we all know it's the aliens attacking the other aliens again. 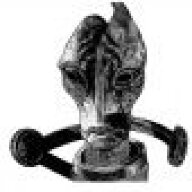