How John Carter Is A Vital Part of Cosplay History

How John Carter Is A Vital Part of Cosplay History

Because Disney kind of screwed the pooch on marketing the John Carter movie, John Carter, Dejah Thoris, Tars Tarkas and Kantos Kan didn't become household names. But they should be. Here's why.

Loved the article. And I have to say, the only difference between the censorship, moral outrage, and "think of the children" silliness in the fourties through sixties and now are the politics of those having the proverbial cow. The more things change, the more they stay the same.

I don't get the Leia hate. She was a perfectly strong character and role model. The bikini was appropriate for that part of the story (as Carrie Fisher has mentioned).

The genuine criticism you can level at star wars is that there simply aren't many female characters. 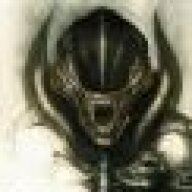 Liana, I think it might be benefical to you, if you gave your perception of "male's perfect beauty concept" a fresh look. I don't feel that you would be spot on with that.
J

John Carter found a fertile audience for Mars sci-fi and for cosplay thanks in part to national syndication of Condo's "Mr Skygack, from Mars," a popular comic strip 1907-1917.

And the morality police were active then, too -- in 1910, a young man in Tacoma, Washington, was charged with "masquerading on public streets" for walking up and down Pacific Avenue in a Mr. Skygack costume he'd borrowed from a friend who'd won first prize with it at a masquerade ball. (There was nothing the least bit risque about Mr. Skygack, however, simply an affront to social convention.)