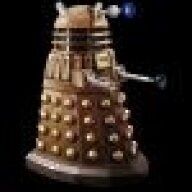 Here's an honest question: do you believe game company's actually have a love for gaming and perfecting games or just want to see how many dollars they can syphon from your wallet?

Of course they want money, they want to be able to stay in business, that's a no brainer.

As for how many of them actually LIKE making games compared to just wanting to shit out some cash grab. I'd say a majority of them actually DO love gaming, you can tell instantly by their products. There are some who are just in it for a quick buck and they usually show with half-assed products, usually movie adaptations.

95% Actually love what they do.
5% just want you to but their shit.

That completely depends on the company.

Activision is obviously out to make you poor.

How about Bethesda? it seems like all their games are really good but very similar. Do you think their just pumping them out?

As has been said, you need to distinguish between publishers and developers. Publishers are, in large part, in it for the money. Art or product, games are a business and it's their business to spend money to make money. Developers, however, are almost always in it for the games. Even if the end result is subpar, with the hours (and years) developers out in for the money many of them make, it can't be about the money. I highly doubt they enjoy being tasked with working on Movie Game X Part 2 and seeing it turn into garbage any more than you enjoy playing it except for them it's worse because it has their name on it.

I have not met a single person that says "I work my ass off because I love my job" so the same applies to game companies unless we start seeing, the same applies to companies, doesn't matter the industry THEY ALL WANT MONEY!!
and no that's not a bad thing more money more probl... higher production values

Developers: Mixed bag. At the end of the day a business, even a "creative" one, needs to turn a profit in order to continue existing. However, it bears mentioning that nearly anyone who has the skills to work in the games industry, especially at the triple-A level, could earn a significantly better salary elsewhere. So there's clearly something keeping them there. On the other hand, people rarely stay in the industry long. Most bail after just a few years.

DazZ. said:
That completely depends on the company.

Activision is obviously out to make you poor.
Click to expand...

While Valve is out to make good stuff. Which makes you poor as an unintentional side-effect.

Gaming is a business, and like all businesses it's success is largely measured on it's profits. On the other hand, at least on the developer level, I don't think you can do that without loving the games. Many of them are skilled people that could be earning more money for less stress, and are there because they genuinely love what they do.
W

At the end of the day money is the bottom line. You have to make a profit to stay in business

However I think few people are in it just for the money. At least as far as developers go, I cant say the same for publishers. See in the industry many people take a lower salary then they could earn in some other field that could use their skills. Most of the developers Ive spoken with enjoy what they do, having a job that has such a creative focus is important to them

Although, the bottom line for them is money too. They need it to feed their famalies and live in our society but thats the bottom line, not necessarily why they do it.

I think if people just wanted to make a lot money, they would have chosen a different career. I'm not saying people don't get rich in this business, but they are kind of throwing darts in the dark in pursuit of that wealth. There's a reason why Call of Duty is what we call an anomaly.

I think the people who get into making games do so because they love the medium, or just love being creative and this gave them their best opportunity to be that. They need to make money, but they didn't choose the field because they were seeing dollar signs. Publishers are probably a different story, but I think publishers might soon become a relic of the past. 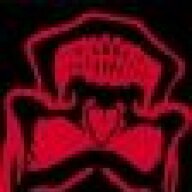 DazZ. said:
That completely depends on the company.

Activision is obviously out to make you poor.
Click to expand...

Sadly it's not working very well, valve has that honour

That heavily varies from company to company.

Most of them today though care more about the money.

Short Version: Most of the major publishers are moving closer and closer towards greed, and further away from the actual fundamental reason for their games to exist.

This is evidenced by how AAA works continue to become increasingly derivative (of themselves or others), as they can no longer hide this behind a stagnating graphical growth curve. This in itself has become obvious now that shiny graphics/sound alone won't satisfy or justify the similarities between each successive iteration of a game concept; it has to become more about the game mechanics and style now.

Something a few people are ignoring:
Gaming is a creative medium first and foremost
(BUSINESS ALWAYS ORGANIZES AND UTILIZES THE EXISTING CONCEPTS/PURPOSE OF ITS MARKET, IT DOES NOT ACTUALLY DEFINE THE PURPOSE OF THAT MARKET. Yes, every market can make money, but not every market does so in the same way and thus, they do not share the same main concepts. Motivation and Application ARE NOT THE SAME THING. If you say gaming is about making money first, then by extension, it shares the same fundamental principles of, say, cattle farming, which is complete bullshit...[sub]heh, see what I did there?[/sub])
Gaming, at a fundamental level, is a composition of interactive logic and artistic design. Business does not fit anywhere into that fundamental level; it's purely additive. Business can HELP(or HARM) gaming, but it does not DEFINE gaming. Man created music for millenia before it ever became an "industry", gaming is no different by the same logic.

It can, and would exist without the business side, albeit, at a greatly reduced scale and capacity compared to today. I can claim this, simply because gaming was created by people who wanted to have fun by merging logic/math with artistic presentation.

yes, i think they only care about the money and don't care how much they piss off the customers in the process. not just the publishers, but some of the studios to.

naturally there are some studios and publishers that still have a balance of making money and making games(IE not making shameless cash in's annually), but they are to few in number

everyones in it for the money whatever buisness their in