How old is too old to be a gamer?

This isn't a "yur a grown mahn, ye shu'd git a real jub" thing, but more of how physically old can you be to still be a gamer? For example, football (the REAL football). You can play football in your youth, and still follow teams and games and stuff even when you live in a retirement home. But since you probably won't be able to still play games when you're 60, do you think you could still be interested and keep up with gaming developments, and therefore still be kinda a gamer?

My step-dad is 52 and still plays soccer with the family (we're a big soccer family; most of us played and/or are currently coaching).

Sure, he's not nearly as fast and he can't do it nearly as long as I probably could (29) but he's still out there. My Mum also plays in an adult league (and she'd probably be mad at me if I said her age).

While a lot of the "high impact" sports (football, soccer, hockey, etc.) are likely out of reach once you really get up there (60s? I guess it will vary person to person but mid to late 60's is likely the upper limit to really play), there are plenty of lifetime sports you can still play. Tennis is considered a lifetime sport (although I have a hard time seeing someone who's older play but I suppose if you get two people of equal age, you can play). Golf is another lifetime sport.

Hell, in terms of just plain games, you can video game until you're put six feet under. Depending on how your health holds up, you can always play a turn-based game where you don't need any twitch speed or anything like that. As long as your mind is sharp and you are physically capable of holding onto a controller (or hell, just a stylus and play on a 3DS propped up), you can game forever.

Double hell...we're also assuming games remain the way they are (sitting down with a controller). I imagine eventually, we'll just be plugging into The Matrix and then Grandpa tippy2k2 and play all the video games he wants even after his body has fallen apart due to all the cupcakes he keeps eating...

I have an uncle who's in his 60's and he's just discovering video games. And he's pretty good at them, too. 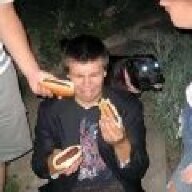 Realistically? About the time arthritis sets in.

Similarly, my mother has rheumatic arthritis and she likes her Tetris.
W

I dont believe that there are many physical limitations to being a gamer. Blindness being the one major disability. I could see missing an arm or hand limiting your ability to play certain games but not stop you from being a gamer. Perhaps certain mental insanities could limit you as well but they would have to be very serious to stop someone from enjoying games across the board.

None of that neccessarily relates to age though. So I guess age doesnt matter so much as other issues that may come with age
O

Physically? You could probably game right into your 90s as long as you take basic care of your health, and take breaks, don't play for 24hrs straight or anything stupid like that. Gaming isn't very hard on your body. I think it would be harder to maintain interest in games once you reach a certain age. 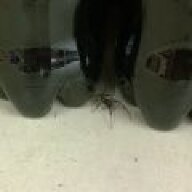 My Step-grandfather played Diablo 2 and WOW well into his 70's he died last year of liver cancer.

Soda Spider said:
My Step-grandfather played Diablo 2 and WOW well into his 70's he died last year of liver cancer.
Click to expand...


I intend to be jockying keyboards and rocking controllers until such an age that I can't poop by myself; and even then the nurses could probably leave me on the bog as long as I had a DS, an iPad and the flush chain was within reach.

My 80+ year old poppy plays various games all the time. I mean there's a possibility people around here would turn their nose up at him and say he's not a gamer, as he only plays poker and solitaire and small puzzle games on old hand helds....but fuck those guys.

You're never too old unless you're physically unable to hold a controller or handheld system. Or move, of course.

My grandparents don't play many other games besides Wii Sports, but they're still playing it years after they got their Wii, and my grandfather's almost in his 80s. He's gone through a wheelchair stint and knee replacements. Not the greatest example, but it's there. 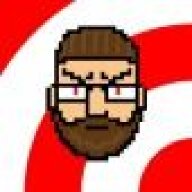 I'm hoping by the time that happens to me they'll have games I can control by thinking at them.

I'm hoping by the time that happens to me they'll have games I can control by thinking at them.
Click to expand...

Here's hoping we don't have to settle for Kinect.

My dad died two years ago, at the age of 70. Up until he became bedridden, he played Heroes of Might and Magic 3 and Starcraft almost daily. He gamed pretty much until he died. And he didn't grow up as a gamer, he took to it fairly late in life, influenced by me. So if he could game into old age, then I most certainly can. 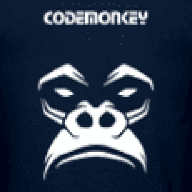 I'll only stop when my hands can no longer operate the controller, which probably will never happen considering the evolution of hardware and the many gamers in my generation. I'm looking forward to hosting retro nights at the retirement home, whipping out the PS4 and XboxOne. 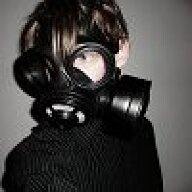 That is too old.
P

I think this covers it; No real physical age. You'll stop gaming when you're physically unable to (in terms of sports), or you lose interest (in terms of video gaming). My mom's 70 and just got into some of the 'casual' games like Wordfeud to keep her mind sharp.
G

As long as you're physically capable would be the answer.
As long as you can see and use the controls required I think you can be a gamer.

Same as every sport. Me and my mates used to play football on Sundays at a friends cottage place. They had gathered the whole neighbourhood for 55 years (a few years back this event had its 55th bday) and two of the founders, both over 70 now, still play there every Sunday. While we have kids at the age of 7 also participating from time to time.

Same at a pool/snooker club I'm at, were we have a local "fun tournament" every Tuesday, the youngest participants are maybe 16 while the oldest goes somewere around the age of 75.

So as with everything else, do it and enjoy it as long as you can. 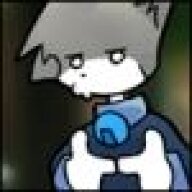 I can't wait till I'm 90 to play Pokemon Table&Chair version.