How 'silly' is Divinity: Original Sin? 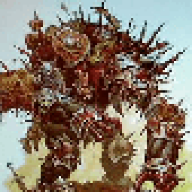 Hello, just a quick question about D:OS. My only previous experience with the Divinity games was with Dragon Knight Saga. I thought it would be a somewhat serious game when I bought it, but upon playing it I found it was more akin to the Fable games. Silly dialogue, that one rhyming wizard with the funny name, weird quests, voice acting that was so bad it was funny etc. Is D:OS along the same lines?
R

It might be even more silly than Dragon Knight Saga at times to be honest. Although it has been quite some time since I played Divinity 2. There is a lot of weird/strange/funny stuff in it. Weresheep, the rhyming wizard returns too and a lot of other stuff. It has it's serious moments too so I guess it's pretty much in the balance. I wouldn't compare it to Fable, you won't go around farting at people or anything
The voice acting (well the part that is voice-acted) is pretty good if a bit repetitive. The NPC are screaming in your ear all the time while you are shopping and the lines get repetitive quite quickly. Still a great RPG!
S

Maybe not quite as wacky, but there is a steady presence of references and puns. Overall however the game keeps a heavier tone so don't expect the Fable level of child like adventure.
Also this time it's a top-down party based system with turn based combat, not a third person action brawler like Divinity 2.

It can get silly. I don't know what unit of measurement you would use to measure silliness, a Monty Python, perhaps?

Anyway, I don't know if I can really describe some of the silliness without spoiling much, so I'll give an example that me and a friend went through around 3 hours into the game, but put it in spoilers. How about that?


So you're investigating a murder. You end up looking for the corpse of the victim so that you can examine it. I find a shovel and head off towards the graveyard. We find that the victim's corpse has been replaced with a dead sheep.

My friend and I then start walking around town trying to figure out who did the switcheroo. We find a backyard with a sheep in it. A possible clue! We investigate, and find a dig-able spot. Aha! How curious.

I get my shovel out, and walk over to the conspicuous mound of earth. A piece of party dialogue is triggered (these are points where you can argue in-game over which course of action to take and, if you can't agree, the game makes intimidate/charm rolls, decided through rock-paper-scissors matches, to see who gets to decide what the party should do). The conversation goes something like:

My friend: Are you sure we should dig there? We're disturbing someone's property.

Me: Me and my shovel go where we want!

My friend: I don't like this, let's put the shovel away and have a think.

Me: You seem uptight friend, why don't we calm ourselves down with a nice long dig?

*I then win rock-paper-scissors 4 games to 1*

So then I dig the grave, and my friend and I are immediately critted by an explosion for 9999 damage.
So yeah, stuff like that tends to happen. Never played Dragon Knight Saga, so I'm afraid I can't compare the two, but that was probably the weirdest thing to happen so far in 20 or so hours of our co-op gameplay. 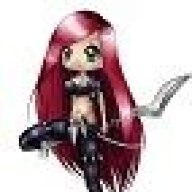 Its a nice silly, fro, talking dogs to pack "mules" that wont to kill their master for using them

Original Sin is really uptight at times, not nearly as funny.

For maximum silliness, pick the Pet Pal talent, you can talk to the animals, and most of them are good for a laugh. Aside from that, it's a little schizophrenic really, it goes from being quirky to somewhat serious quite frequently. But it's usually funny when it tries to be, and some of the lore bits are actually better and less generic than expected, as long as you enjoy this kind of fantasy setting, it tends to work out. Or it has for me so far, anyway.

The majority of the game has a reverent, tongue-in-cheek humour that I personally think works very well. There are some wonderful characters with colourful and often hilarious personalities and more than one laugh-aloud moment amongst the fantastic dungeon crawling and challenging turn-based combat.

DOS straddles the line between serious and humorous and it gives the game it's own, consistent tone. I personally adore the nods, references and lore from previous games, including the pyramids, death knights, soul forging, slayers and other things from Rivellon's rich history. My only disappointment was being unable to find a portable bed!! I was convinced there was one and honestly spent a long, long time searching to no avail. (I may try and make one in the toolset!).

DOS is a brilliant game and though the story might not be the most in depth or original (boom tische), it is told very well, slowly unravelling over the course of our heroes' adventures and linked to their progress. I must admit, I hated the combat to start, right up thru the low teens. Some of the encounters in particular were insanely tough, forcing multiple restarts even after spending 30 minutes on them (in Cyseal by the cave with the robot and in Luculla, the spiders and cultists in the sandstorm area). I chose a Wayfarer and Cleric combo and took both the Jahan and Madora. The Wayfarer is very much a late bloomer, contributing little early on but later on (especially with Quickdraw and Heartseeker), became very powerful.

Overall it's a majestic game, in scope and execution. It's fun to play, challenging, rewarding and the humour adds a wonderful, quirky and lighter tone to the game. Considering Larian are a Belgian studio, the quality of writing (particularly the use of British colloquialisms) is a tremendous achievement and better I've seen from most actual, British studios.

Ok, I'll probably get it at some point, thanks to all who responded.

I love how I'm not the only one who dug up the grave XD That was the best.

It can be a pretty dark game but with some silly undertones. Every time you sneak around you put either a barrel, a bush or a stone over yourself (so you can literally be a bush sneaking around a house) while at the same time finding things like an Orc whose crying about his brother who was slain in battle and was making memorials for him. Or talking to the blind mayor who thinks his cat is a dog or putting a bucket / dented pot on your head as armor.