How to gain inspiration?

DarklordKyo said:
People say that inspiration can help motivate you to get better at stuff. I've dabbled in sketching for a little while now, but a combination between my crappy "art", seeing examples of actually good peoples' art, and the fact that I've spent the last twenty plus years doing no better than stick figures has been lowering my motivation to try (not helping is that dood that drew an entire skyline after a single glance).
Click to expand...

Inspiration, like motivation, is fickle and isn't a viable long term strategy for creative work. Discipline and eventually habit, on the other hand, are eternal. Just keep drawing until not drawing feels unnatural.

I's 4.05. draw smth SW themed. Just nothing complicated. Single letter, hand on lightsaber hilt, Vader's lips under the mask (whatever isn't already trivial to you but not really all that complicated). Once you're done, look at it and try to draw it better/differently. If while on it for n-th time you feel like drawing smth else - draw that. If you don't kick start some inspiration this way at least you'll work on basics and improve yourself.

Inspiration kind of just happens, you can't force it

You'll know it when you see/feel it

Get inspired for creativity from other's creativity can probably help.

No idea what others have said, but a big one for me is:

Forget about what the others are doing.

You look at your heroes' work and all you can see is the finished product. The work, the mental strain, the life sacrifices they all lived through to get there are invisible to us. Everyone progresses at different speeds.

If you want to draw better and looking at your favourite artist's work depresses you, then the answer is simple. Find inspiration as far away from that artwork as possible. Take up life drawing. Go to a meadow and sketch it. Draw from memory that cat you saw slinking down the alleyway last week. Just take a break from your usual stuff- a long one. Bottom line is get out of your comfort zone and draw things you never have before. Get good at that. And when you return, you'll be approaching the material from a completely different perspective. You may even find certain aspects of it that were difficult before are now easier, and when you are more comfortable with your execution of the technical side, the creative side really starts to come out to play

Happy creating out there!

I'll give you a Zen answer, since it's in my damn user name: "Inspiration comes when you don't look for it. Only when you're open to it."

Sounds counterintuitive, but hear me out. I'll give you a few examples.

Once, I was struggling to write a story for a magazine that was having Open Submissions. Wracked my brain about something to write, but nothing came. Finally, around midnight...I gave up, went out onto the patio, lit up a big fat one and took a few tokes. Suddenly, a weird "What if" premise came to me and the bones of the story formed within a few minutes. The next morning, I wrote the story down, polished it up and submitted it. It was my first professional sale.

Another side gig I have is as a session guitarist. People send me their songs and ask me to add tracks. A buddy of mine sent me his song and told me he was envisioning the guitars to have a certain vibe. So I listened to the appropriate artists and tried to come up with something similar to that vibe. But nothing worked. Finally, I gave myself a day off from the project and did other stuff. When I came back to it, I just jammed out to the track and listened to the playback. I found the kernel of an idea that I developed into a full blown riff and solo and laid it down. That worked even better and my buddy was satisfied.

Finally, I read a story not too long ago about one of the concept artist who did the majority of the work for Fallout 3 (I forget his name). He passed away a year or two ago, so this was a retrospective of his career. The article said he always found inspiration in random things. One example stated that he was asked to design a type of gun, so he looked at small kitchen tools (egg beaters, knives, etc) for inspiration. He would intentionally NOT look towards the things he was designing for inspiration. I thought that was a brilliant approach. And to tie that in with my previous example. If someone asks me to provide a metal track to a song, I'll listen to country or jazz for inspiration, etc...

Anyway, hope some of this helped. Good luck! 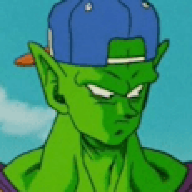 Get drunk and switch Rocky on.

You can find inspiration by looking movies, read books (you will imagine all in your head), watch interessting things. [http://mr-ginseng.com/spiruline/] Just read, watch and talk to many people. [http://siriusblack.org/spiruline/] You will discover many things and many have many ideas.

i know many things which can inspiration me