I just walked out of a movie for the first time today. 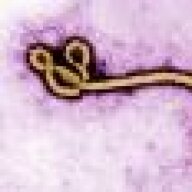 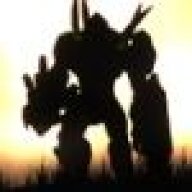 Leemaster777 said:
As the title suggests, I just walked out of a movie for the first time today.

I've seen some bad movies in the past, but today, I saw a movie SO bad I could no longer sit through it.

I saw Due Date, with Robert Downey Jr. and Zach Galifianakis. I absolutely HATED this movie. I couldn't sit through it for more than an hour. Once Jamie Foxx showed up, I just said "Done", and walked out of the theater.

So, yeah, have any of you ever walked out of a horrible movie before?
Click to expand...

Due Date was very obviously going to be the Hangover 2 (even before Hangover 2 comes out). I can't wrap my mind around how you could not expect it to be exactly how it was.

I haven't walked out, since I'm only ever at the theater with other people, but there are many that I have been bored while watching, or just ignoring the film as it goes.
Click to expand...

Here's the thing, I LOVED the Hangover, and I did indeed think this was going to be in the same vein. However, there's a key difference with this movie: It wasn't funny. At all.

Really, I just found it unpleasant. Downey Jr. was nothing but a complete ass, and Galifianakis, while playing a similar character to the one from Hangover, was simply not fun to watch. He just didn't have the same charm he did in Hangover.

Pretty much all the jokes failed miserably. Without spoiling anything, there's a joke in there about Iraq war veterans. Not only is it NOT funny, it's insulting.

Maybe I just went in with inflated expectations, but this movie just did NOTHING for me.
Click to expand...

Dont see how you get be insulted by iraq war jokes but whatever.Anyway the charecters in the movie were set up that way on purpose if you sat through the whole thing you would have seen them change thats how movies work.

Mostly because i only ever go and see Pixar films, nope. Never.

On a side note, The Expendables is horrible. Only remarkable thing aout it is how much violence they got into it without causing controversy. Got it for xmas but if i went to see the movie itself i probably would have walked out.

Never will, or have. I have actually developed a resistance to shit movies- if it isn't too offensive to a specific demographic (That is to say, any demographic, but only that one), I can quite happily watch any movie. I am aware that it is a bad movie, but I'll still like it.
I've "walked out" of games I've only been playing for around fifteen minutes, though. Like The Simpsons Game, and M&M's Kart Racing ("Approaching SOUND BARRIER!") 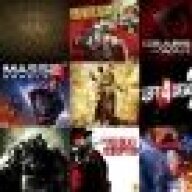 I rage-quit watching The Last Airbender,
I'm a big fan of the tv show, and the movie, or at least the first hour of it, was just plain terrible

I never have. I've had to sit through bad movies before, but in those cases it's always been with friends, so I could laugh off the bad and find some fun in it.

The ones I see solo are ones I'm already interested in, and I must have good intuition or something because they haven't let me down.

I fell asleep during Tron Legacy, but I had had a long day, lol 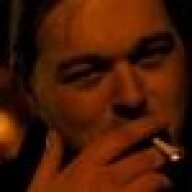 I ran out of The Land Before Time Began when they discovered the T-rex; I was 4.
And I actually ran out of Ariel the little mermaid and cried out of fear when Ursula appeared on screen..... I was 5 back then, cut me some slack please :S

To stay absolutely on topic, I've never walked out of a movie that I can remember. Altho I do have a vague memory of some Sneak Preview night that showed a My Little Pony movie, but I'm not really sure if that happened or if it was a bad dream, gheh. 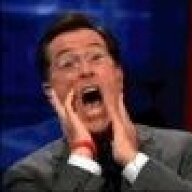 I'm amazed at how many people have said, "I paid X amount for the ticket so I'm getting my money's worth, even if it is crap". You folks do realize most theaters will refund your ticket if you take 5 minutes to complain?
V

I've only ever walked out of a theater once. It was when i was a little kid and my mom and her daycare running friend took all the daycare kids to see zoolander because they saw zoo in the title and thought it was about animals we made it to the part where the have sex before walking out. I was telling them the should have checked what it was about before going but did they listen? nope.

I hear if you try to leave while it is playing a blinding light shines down on you demanding to know why you are leaving, its a scary voice too.

There have been a couple of movies I wish I could have walked out on;
Gladiator: Boring as hell, and Crowe cant act for nuts.
Dead or Alive: My instincts told me to leave 25 seconds in to the movie, but I didnt listen. I should have listened.
Armageddon: Just, yeah, wish I did.

Nope, never. I always try to make the best of it, even when a movie is shit. Afterall, I payed for it. For example, I thought The Expendables would be a delicious action flick. Yeah that turned out to be a disappointment, so I just laughed at it's crappiness.

That one scene with Mickey Rourke doing all emo, oh man that was hilarious. I couldn't really laugh at the awful explosions, I just want my explosions to be awesome, but still.

i slept through Paranormal Activity

I walked out of Avatar: A Fuckload of Benders, but I was on holiday in Canada so I didn't know where else to go. I ended up chatting with some girls in the lobby until their film started, then went back in to the Bender movie (without the 3d glasses, not that there was anything to see with them anyway) and listened to my iPod until it was over.
L

I rarely go to see movies on the big screen. But if I've gone to the trouble of renting/buying the DVD, I sit through the hold thing, if only to have more things to complain about.

One movie I turned off was Borat. Watched 10 minutes and was so bored and ashamed of the human race for creating this movie.

I never have but when I was 13/14 I saw 'A.I' with a group of people and all but me and one other guy walked out. It wasn't a great film but seeing as how 'The Matrix' was too confusing for most of them I imagine the rest were too thick to get it.

I have turned off films on television halfway through watching them for the first time though. Meet The Spartans and Disaster Movie were horrible.

Lizardon said:
I rarely go to see movies on the big screen. But if I've gone to the trouble of renting/buying the DVD, I sit through the hold thing, if only to have more things to complain about.

One movie I turned off was Borat. Watched 10 minutes and was so bored and ashamed of the human race for creating this movie.
Click to expand...

Borat! If I'd been in a cinema I would have left, instead I told the friend that I was watching it with that if I could get him into a full nelson then he'd let me turn it off. A minute later, we were watching the Scary Movies (which, as a twelve year old, I found funny). 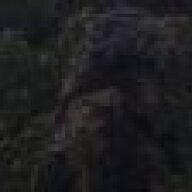