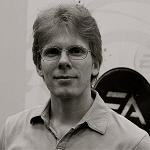 Known most notably for designing the DOOM code and his current "id Tech 5 [http://www.escapistmagazine.com/news/view/85484-John-Carmack-Sheds-Some-Light-On-Doom-4]" engine behind racing-action game Rage [http://www.escapistmagazine.com/news/view/72322-New-id-Franchise-in-the-Works], Carmack's knowledge of building graphic processes is unparalleled within the industry. Would it feel a little odd if someone of his experience began considering the Wii as the next system to push a major visual engine?

"Interestingly, I actually spend far more time playing Wii with my four year-old boy than I do with any other game console. So I'm definitely sympathetic to the platform," Carmack revealed to MTV's Multiplayer [http://multiplayerblog.mtv.com/2009/02/24/john-carmack-talks-possible-wii-development-iphone-doom-4-more/]. "We've been pitched and talked about a project to do a title that would fit well on the Wii, and it's actually related to an iPhone title that we're doing. But that's still kind of up in the air as to what other developer we would partner with on there. I'd like to do something there, because I love a lot of what Nintendo has done with the Wii and the DS, but it's just out of sync with the developments that are currently going on at id."

Currently, id is talking with Nintendo and its publishers about porting an id-original iPhone property to the Wii. He stated, "We have another title, which isn't announced formally, and we've been working with a partner company here locally in Dallas, that is designed from scratch for the iPhone but using some existing id assets on there. And it's very graphically impressive but we don't have an official release date for it yet."

In order to have a beautiful experience on the Wii, "freeform" games like Rage won't work. Instead he'd op for a "limited-scope" title so he could "there would be a core bit of technology to develop there that would let it do something really visually stunning in a more limited game framework."

"That would be the work that I would set off at the beginning of that," Carmack explained. "But that's something we've had brief discussions with publishers [about]. At this point, we're making sure that the core gameplay actually works out well first before inking anything." 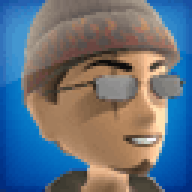 if there's anyone that could even try this, it would have to be iD. they make some of the finest game engines available, and while one could argue that their first party games are little more than tech demos, if carmack could actually pull something like this off, well, i wont be asking for whom the bell tolls. it tolls for playstation 3.

assuming "visual" doesnt mean "real" experience, I see no reason the Wii couldnt have something visually stunnning produced for it. Could argue it already has 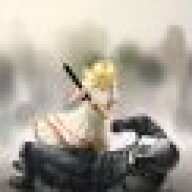 If so, it would be AWESOME. I'd love to see a rail shooter that was actually worth playing, graphics-wise and gameplay-wise, which seems pretty likely given iD's track record.

Otherwise, I don't see how the Wii's chipset could handle any really high-end, lifelike rendering without melting - and the output resolution would still be, at best, 480p.

Has everyone forgotten Mario Galaxy? It could have passed on the 360 or PS3.

I think it's possible you just have to be really conservative with your assets and pixels.

If you ever read a tech interview with the folks from Renegade Kid (they made Dementium: The Ward and Moon) it'll change the whole way you think about graphics. These are people who make FPS games for the DS. The way they count pixels, coordinate terrain, and still make games you'd swear couldn't be on the DS is amazing.

Beautiful games have already come out for the Wii, it's just an artistic beauty. Honestly, that's all the Wii will be able to handle. 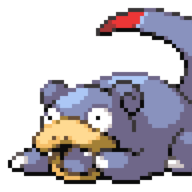 Correct me if I'm wrong, but the gist of what he's saying is that they could make a good game, but instead they'll try to make a pretty game.
Yeah, great.

SomeBritishDude said:
Has everyone forgotten Mario Galaxy? It could have passed on the 360 or PS3.
Click to expand...

After playing Guitar Hero: World Tour on Wii recently it became totally clear to me the vast gap in graphical capability between the Wii and the 360/PS3.

That's not to say it can't produce aesthetically or conceptually awesome graphics (Madworld for instance); but it could not even come close to being able to punch out a Gears Of War 2 or Killzone 2.

Most likely just good looking, like Okami, or Twilight Princess, or Mario Galaxy. Obviously the Wii can't do 1080i/p stuff. I don't see a reason for him to reassure us, any game can be beautiful. 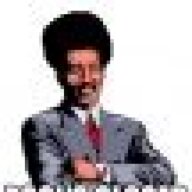 It might.
But consoles haven't thrived on CAN, they thrive on results.
See the last few generations, where the weakest console did the best.
Hell, see this generation.
A

Unless he somehow has a way of boosting the resolution abouve 480p or even 240p for anything even remotely cpu intensive, it will still looking like a pile of lego blocks on my tv no matter how much QSAA and AF he crams in there.

Btw, it's ported from the iPhone. I think we can expect comparable graphics.

SomeBritishDude said:
Has everyone forgotten Mario Galaxy? It could have passed on the 360 or PS3.
Click to expand...

Agreed, that was one of the best looking games for any platform. Also, Twilight Princess looked good, but not great considering it was a port from the beginning (so I have a feeling that the next zelda treatment will look fantastic).

Games are already being made that are stunning, and that doesn't always have to be graphic power to accomplish that, look at Okami, which is a visually stunning game, but the graphics aren't jaw dropping.
L

Three words (and one number): Metroid Prime 3: Corruption. That game looks extremely good on the wii. If that game where to be HD, even with the same engine, it would blur anything the 360 or PS3 have seen so far.
Show hidden low quality content
You must log in or register to reply here.
Share:
Facebook Twitter Reddit Pinterest Tumblr WhatsApp Email Link
Top Bottom