If console gaming is cheaper, why are all the games so much more expensive?

Laughing Man said:
You would be hard pushed to build a PC that would meet the minimum specs for that kind of price.

The debate is tiresome as it is totally one sided, let me restate it one last time

You cannot build a gaming PC for less then the cost of a gaming console and have it deliver a gaming experience of a similar quality. That's a FACT!
Click to expand...

Your absolutely right. The PC and it's availability of 2 decades of backwards compatibility utterly destroys consoles. Honestly, doing a cost/value analysis on a single game is retarded. 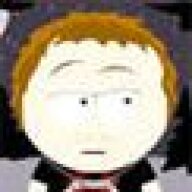 Back on the original topic, aside from licensing I always assumed the fact that you can resell console games was also a factor. A $20 premium doesn't seem so bad if you know you can resell the game when you're done with it, whereas PC gamers are stuck with their purchase once they've made it so the lower price helps them make the decision to buy in the first place.

Orcus The Ultimate said:
The BLU RAY discs have a bigger capacity, maybe that's why they're more expensive? although it does sound like it's some sort of economical fluctuation (like oil) hahaha. i mean if you wait 6 months to a year, or wait for some holiday, there's a huge difference in prices.
Click to expand...

As of yet, only the PS3 uses Blu-Ray discs for their games.

Console games are more expensive because that's where the primary gaming market is at. Most people can't afford to spend from 500 to 700 bucks on a gaming rig, and more and more people are buying consoles for their children. It's a much better choice to price games higher where there are more people actually there to buy them, rather than higher prices for smaller crowds.

Your absolutely right. The PC and it's availability of 2 decades of backwards compatibility utterly destroys consoles. Honestly, doing a cost/value analysis on a single game is retarded.
Click to expand...

I know I am right, and retarded is not being able to work out that

a). Batman AA was being used as a benchmark, a factor that is common amongst the things being compared as it is available for all formats and is a fairly new game. I mean I could compare Crysis on PC to Drakes Deception on PS3 but given that they are format exclusive it would be a tad f*cking pointless.
b). That for the price of the PC listed as a recommended spec to play Batman AA you could buy a 60Gig PS3, which will give you access to a decade and a half of games spread over two of the most successful home consoles in history, and you would still have enough cash left over to buy an XBox 360 and a Wii.

Of course I am sure you have a point somewhere that you are trying to make, but let me repeat the statement I made.

YOU CANNOT BUILD A GAMING PC FOR LESS THEN THE COST OF A GAMING CONSOLE AND HAVE IT DELIVER A GAMING EXPERIENCE OF A SIMILAR QUALITY. FACT!

oh and two decades of backwards compatibility is not an argument, it is a weak ineffective stab at retort which fails at the first step as anyone who has tried to run a 1997 game on a Win 7 PC will be able to tell you.

Doom-Slayer said:
Simple enough question. Maybe its just here in New Zealand but console games(especially PS3) are ALWAYS a good 15-20 dollars more expensive brand new. I cant really understand why this is. I always hear people saying how much cheaper console gaming is from a platform point of view, but I have to say that 20 dollars or even 30 dollars is a bit of a blockade for me to want to get into it.

Then you take into account the stupidly cheap deals that Steam does, and that can add up to almost half price off games, and in some cases nearly 50-60(nzd, do the conversion yourself) dollars off store prices. If you game enough on a console, Im tempted to say that the cost may actually balance it out. What do you guys think?

Who the hell said console gaming was cheaper? I play consoles because my computer can barely run half life 2, but if I could I would.

Honestly, the main appeal of consoles has never been the price.

I do both console gaming and PC gaming, but to keep everything working and up to date in a PC is both time consuming and expensive, while I can just go out and buy a PS3 game and I don't have to worry about if my system can handle it or if I have to dim the graphics any. Also, I use my computer for other than gaming(i.e. college) and trust me my computer can barely handle what I do on daily basis along with the gaming and its just too much keep up and expessive. So, in the long run console gaming is the way to go.
Show hidden low quality content
You must log in or register to reply here.
Share:
Facebook Twitter Reddit Pinterest Tumblr WhatsApp Email Link
Top Bottom