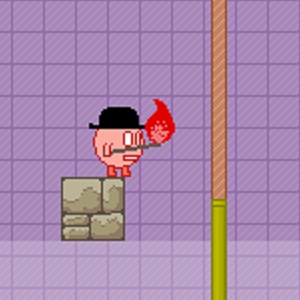 Starting today you can download and vote for your favorite of the 15 finalists for the Independent Games Festival's Audience Award. You could cast the vote that'll win $2,500 for one lucky indie developer.

The IGF has opened voting for its IGF Audience Award, so head here [http://www.igf.com/audience.php] to download fully playable versions or demos of the 15 nominees and then vote on which one you think is worthy of the prize.

It's like being one of the judges on Iron Chef - you get to taste before you vote! The winner wins $2,500 and gains the title of the People's Champ. Voting will close on March 20, five days before the IGF Awards [http://www.escapistmagazine.com/news/view/88536-Whats-This-Years-World-of-Goo], which will take place at the Game Developer's Conference.

"The Audience Award is always one of my favorite categories, as such a big part of the independent movement is about giving the public a voice," said Simon Carless, IGF chairman. "With the quality of the finalist games that have been nominated this year, we hope to have a record amount of votes on the website."

The nominees this year run the gamut from meticulously detailed strategy title Cortex Command to smugly clever game-that's-not-really-a-game You Have To Burn The Rope, as well as more well-known fare like PixelJunk Eden. To be eligible for the award, the game had to be one of the IGF Awards finalists and have a playable demo. Unfortunately you'll need a 360 or PS3 for a handful of these, so not everyone will get a chance to taste every nominee, but go check out what you can and cast your votes.