I'm Looking Through Beatles: Rock Band; It's Not the Same!

Which is a good thing.

The Beatles: Rock Band is appropriately titled. There's a reason it isn't Rock Band: Beatles. Because this game isn't just the same old Rock Band with a specific set list; this is a game that is all about the Beatles from inside out, that just happens to use the Rock Band format. What Harmonix has done to the foundation of their franchise is pretty impressive; literally changing everything to better evoke the aesthetic and essences of The Beatles' music as well as the Fab Four themselves is a far cry from keeping everything about your last game exactly the same and just changing the intro, venues, and soundtrack (remember Guitar Hero: Metallica?)

The game's satisfying (albeit brief) story mode is played out predictably in chronological order, touching on 8 eras of the band's career, each represented by an iconic performance: one of their earliest shows at The Cavern, The Ed Sullivan Show, Shea Stadium, Budokan, and then on to Abbey Road Studios before closing with the rooftop performance on top of the Apple Corps building. Each performance is between 5-7 songs in length, and the carefully selected track included on the disc are an excellent cross-section of Beatles essentials. Completing each chapter unlock the "Chapter Challenge," which consists of playing that chapters entire setlist in a break-free row for one continuous score. this could have been much more interesting that it ended up being, and might be the weakest part of the gameplay in general.

Totaling in at 45 tracks, its certainly a slimmer game than Rock Band 2 was, but to be truthful, it didn't feel as though the game was holding back or had left something out. The story mode was refreshingly concise in the wake of RB2's sprawling and repetitive World Tour. The game features little vignettes in between each era, briefly chronicling the milestones of the Beatles' career as they go. In this regard, they possibly could have expanded a little more. It's understandable that they'd want to keep it "all about the music," and perhaps they assumed that since it's The Beatles, everyone more or less knows the story of their influential career. But there are a lot of young music fans out there, and now to get the full story, they'll have to actually talk to their parents(!)

Online play is more or less unchanged; Players can get matched up randomly or invite friends to play the story mode or a quick set list. the difference is that now up to 6 can play at once, thanks to the 2 extra vocal harmony tracks.

The Vocal Harmonies are the sole gameplay innovation here, and is really where the game's only true challenge lies. Any one player can sing along any of the three vocal tracks, but to get the big points all two or three (depending on the song) should be covered, to get the "Triple Fab" bonus much like the Unison Bonus for the instruments.

As intimated above, the game is not very difficult for music game veterans. But then, why should it be? No one is playing the Beatles' music for the challenge; the music itself is the reward here. When every song is written this well, it doesn't seem to matter that the track is relatively easy compared to most of the rest of the Rock Band library.

The biggest draw to The Beatles: Rock Band are the rewards. For getting 5 stars and completing chapters, players will unlock never-before seen photos of The Beatles, just under 150 in all. Completing Chapter Challenges unlocks video or audio bonuses, and though obviously their value is relative, to some die-hards these never-before-released clips are worth their weight in gold. 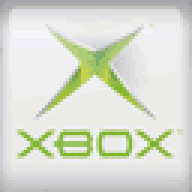 The Höfner 500/1 that came with mine is a thing of beauty. I've never had a fake plastic instrument that feels as good.

Aardvark said:
The Höfner 500/1 that came with mine is a thing of beauty. I've never had a fake plastic instrument that feels as good.
Click to expand...

I'm sure your full aware of the innuendo in this post...... 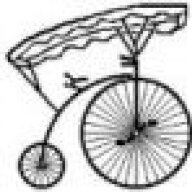 I'm still curious what people think of the full-one deluxe limited edition. The Hofner bass looks awesome, but the long neck makes me wonder if your arm doesn't get tired early on. 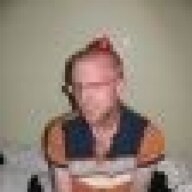 Never been a fan of Guitar Hero or Rock Band, as I find playing real instruments more rewarding - but since I am an avid Beatles fan I'm considering buying this (thanks to your mentioning of the rewards!).