Infinite Crisis Enters Open Beta And Gets A New Trailer

Infinite Crisis Enters Open Beta And Gets A New Trailer

This morning, Turbine Inc. kicked opened the doors on its Infinite Crisis beta test. The free-to-play MOBA, which stars DC Comics' most prominent heroes, has been undergoing a closed beta for nearly 10 months. But now everyone will finally have the opportunity to throw on a spandex super suit and impress their friends with feats of strength.

To celebrate, Infinite Crisis publisher Warner Bros. Interactive has thrown together a swanky new trailer. The video is brief, but it will force any aspiring hero to contemplate some existential questions before getting into a fist fight with a super villain (or hero).

The open beta doesn't include every character that will be available in the final release, but Superman, Batman, The Joker, and Green Arrow are up for grabs. So, you shouldn't have a problem finding a hero or villain.

Though, if you play against me, I get to be Batman. Got it? I called him first.

Infinite Crisis' release date is still a mystery, but Turbine's last major release, The Lord of the Rings Online, only spent 30 days in open beta before hitting the market. So, we probably won't have to wait very long.

In the mean time, sign up for the open beta here [http://www.infinitecrisis.com/en].

So after clicking through and finding the list of champions (http://game.infinitecrisis.com/en/game/champions/) I have to say that it's a bit of a weird lineup. Mecha Wonder Woman and Mecha Superman (Along with some other weird alternates like "Gaslight Batman"), no Martian Man-Hunter, and every playable villain looks to be a Batman villain with the exception of Doomsday.

Really kinda wish they'd gone with a more diverse lineup instead of having multiple versions of several of the characters. But as somebody who doesn't really play or watch MOBAs and is just kinda a casual observer I don't know that my feedback actually matters here.

I was invited to the closed beta by a friend and it really isn't anything new. Just another attempt to cash in on the MOBA craze by using a popular license. And another problem that arises is the Pay model. Sure it is F2P, but you have to pay for Champs. This will turn DOTA players off becuase they're use to having everything from the get go. And LoL players because most serious players have over 100+ bucks put into the game

And I don't really like how they're about five different Batmans and Wonder Womans. I can understand green lantern, since the core is massive. But the rest should just act as skins rather than a whole new champ.

I will give it some credit, the game has the best graphics in a MOBA. Puts others to shame. I didn't get to witness this, but aren't the maps destructible?

Elfgore said:
I can understand green lantern, since the core is massive. But the rest should just act as skins rather than a whole new champ.
Click to expand...

I WOULD understand Green Lantern if it was different members of the GL Corps, but it looks from the champion page like it's all Hal Jordan, just alternate universe versions. (After checking the Champion page it looks like the three listed are indeed all Hal Jordan) 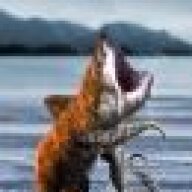 The problem with Infinite crisis is that it's based on comics so you have some 50 or more years of characters to draw on, and Infinite crisis is content with just creating alternate universe versions of their big superheroes. I don't want a game with 5 different batmans fighting, but I would want a game with obscure comic characters fighting. As it stands it's like they're just saying "Oh you like superman? Here are 10 more versions of him. What, you want different characters from the superman comics!? Get out of our game"
M

I have to agree, I don't really like the idea of so many superheroes/villains different versions, a couple would be nice, and I understand that the whole thing is about the infinite crisis but, seriously I would rather have I don't know ? Power girl, catman, Bane, Black canary, red robin than 5 different versions of wonder woman.... -.-U

Played quite a lot of closed beta until the final wipe which made everything either expensive or a huge grind. I still have it installed, but... I dunno, Steam and Humble sales have made gaming so cheap for me that shoving pretty much any money at all into this kind of a pay model feels like a rip-off.

It's a decent game when you get both teams playing to the end. There was at least one quitter in most matches I played, sometimes two, sometimes even three.


Elfgore said:
I didn't get to witness this, but aren't the maps destructible?
Click to expand...