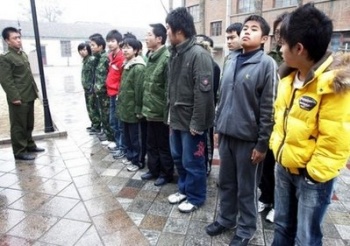 A group of young internet addicts stuck at a "boot camp" to help cure them of their habit staged a daring jailbreak, fleeing home (where their parents promptly sent them back).

It was like The Great Escape [http://www.amazon.com/Great-Escape-2-Disc-Collectors-Set/dp/B0001GF2EM/ref=sr_1_1?ie=UTF8&s=dvd&qid=1276195561&sr=8-1], but instead of Steve McQueen on a motorcycle, it was Chinese nerds who couldn't log off. And instead of escaping from a Nazi prison camp, it was a "boot camp" designed to help cure inmates of their internet addiction. So okay, maybe it wasn't like The Great Escape at all.

Even considering that there weren't any Nazis involved, it was still pretty daring: 14 youths aged 15-22, who were interred at Huai'an Internet Addiction Treatment Centre in China's province of Jiangsu, finally decided they'd had enough of their Google-free life last week. They overpowered their supervisor, tied him to the bed, and ran for it.

And they might have gotten away with it, too - if they hadn't stiffed a taxi driver on his fare. The group was apprehended by the police and returned to their homes. Of the 14 escapees, 13 have thus far been shipped back to the boot camp, making their escape attempt for naught. Which actually does make it like The Great Escape after all, huh? (Whoops, spoilers.)

China has struggled with internet addiction lately, blaming the 'net for what it does to the nation's youth. According to the China Youth Association for Network Development, 24 million Chinese suffer from some degree of internet addiction. Of course, the camps designed to help rehabilitate them of their addiction aren't necessarily any better - last August, a 15-year-old boy was beaten to death [http://www.escapistmagazine.com/news/view/93639-Chinese-Teen-Beaten-to-Death-at-Internet-Addiction-Camp] at one of the unofficial camps in Guanxi province.

Can you really blame them for trying to get the hell out?

Shame they didn't make it. I can't imagine life without the internet.

...I literally have no idea what I think about that.

It's like a confluence of things that taken individually I might form an opinion on, crammed together in such a way that leaves me totally lost. 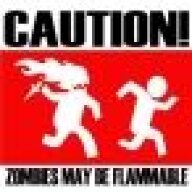 Thats seriously sad that they had to fight their way out. They should be in that camp. Seriously? Thats kind of sad that theyre THAT addicted.

(ps why would you send your kids to a camp that PROMISES not to beat them.? It seems a little fishy to me)
M

I can, I did it for 15 years prior to discovering it. Sure, have to buy pornography and insult people face to face with repercussions, but hey, it's manageable...mostly 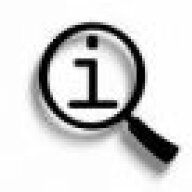 I support this nerdy revolution in all possible ways.

I hope your happy with yourself!

I wanna go on one of those camps so I can lower my time in front of the computer.

Obviously they should have played play Assassin's Creed or Metal Gear Solid more.

Is it really necessary to send kids to a camp for internet addiction? Cant you just install parental controls??

I hope your happy with yourself!
Click to expand...

Dude, 1963. Statue of limitations on this thing.

He jumped the Great Wall of China on a motorcycle. 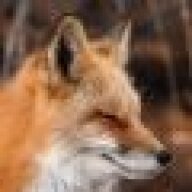 Anyway, I've got mixed feelings on this, on one hand you have the fact that they are addicted though on the other... it is the internet... oh well...

They probably played this song the entire time they where escaping:


OT: Anyway, good on them. Not only did they stand up against China, if in a small way, they would need balls the size of small planets to run from any kind of camp.

NeutralDrow said:
...I literally have no idea what I think about that.

It's like a confluence of things that taken individually I might form an opinion on, crammed together in such a way that leaves me totally lost.
Click to expand...

On one hand, addiction is bad.

On the other, deprivation is bad.