Invade the Game of Thrones Universe With Oculus Rift Technology

Invade the Game of Thrones Universe With Oculus Rift Technology 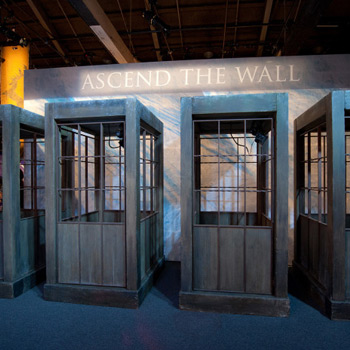 I probably wouldn't choose to visit Westeros. Everyone is always dying there. But those fans who are willing to take the risk may want to check out HBO's latest creation: a Game of Thrones virtual reality experience that uses Oculus Rift technology.

The interactive attraction is a part of the second annual Game of Thrones Exhibition, a Time Warner-hosted event that is currently being displayed in New York City. After putting on the Oculus Rift headset, players will be transported to the northern wall, the 700-foot ice barricade that separates the Seven Kingdoms from the wildlings and those blue-eyed zombies.

The mission, which is called "Ascend the Wall," is only about two minutes long, but is reportedly an intense experience. There are rickety bridges, a White Walker attack, and a frantic escape. Even though the ground doesn't actually move, the environment is so immersive that some players experience balance issues and anxiousness due to their fear of heights. Luckily, players are housed inside a metal cage, so there are plenty of handholds if they're needed.

The Oculus Rift is typically used as a tool for futuristic video game development, but it's nice to see the scope of VR technology reaching outside of gaming. "Ascend the Wall" is more like a virtual tour than an actual video game, and it has obviously stumbled into some interesting storytelling techniques.

I will be happy as long as they release (though the community generated one will likely be better) an Oculus patch for Skyrim. Apparently there's already support for Fallout 3.

Things like this make me wonder what other technologies they may use it for, home movies, por... music. This is going to be what VR was supposed to be. Until we have proper holodecks anyway.

Man, I would love to do that.


008Zulu said:
Things like this make me wonder what other technologies they may use it for, home movies, por...
Click to expand...

Some people seem way ahead of you there. 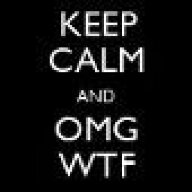 "Game of Thrones: The Tardis Edition" ?

Is that interactive by the way ? (ed.: the "virtual tour" bit tells me it's not.)

They need to give their male audience some khaleesi action with Oculus Rift. 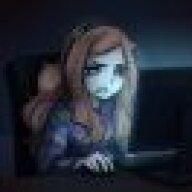 As long as I can have sex with my sister and sire a bastard child, or push a small child into crippledom, then I'm sold
J

Great. Virtual Tits and ass. Count me in! 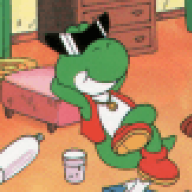 And THIS is why I'm a fan of the Rift!!! I have almost never been "immersed" in a game, but I when done right, I think the Oculus Rift will be able to provide me with that experience! Consider me hyped!
Show hidden low quality content
You must log in or register to reply here.
Share:
Facebook Twitter Reddit Pinterest Tumblr WhatsApp Email Link
Top Bottom