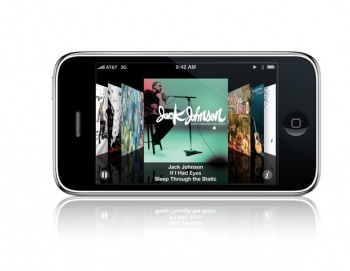 Another reason to be grateful your dad isn't Bill Gates. His kids aren't allowed to get iPods or iPhones.

Crotchety old fathers who worked their whole lives slaving away in a Ford automobile plant not letting their kids drive a Toyota is one thing, but this is something else. Bill Gates doesn't allow his kids to buy those most desirable items produced by Microsoft arch-rival Apple, the iPhone and iPod.

"There are very few things that are on the banned list in our household," Gates wifey Melinda told [http://www.geeksugar.com/2867244] Vogue. "But iPods and iPhones are two things we don't get for our kids."

I wonder if the No Apple rule also applies to game consoles, but I'd imagine that the Wii would probably be okay with Bill (though it does look like an Apple product). Either way, gotta feel sorry for those kids. Can you imagine having to go to school and seeing everyone with an iPod, and you can't have one just because your dad is Bill Gates and he forces you to bring your Zune to school everyday?

You almost have to feel even worse for Melinda Gates, who, though she doesn't have to worry about what her classmates are going to think of her, clearly thinks having an iPhone wouldn't be so shabby.

"Every now and then I look at my friends and say 'Ooh, I wouldn't mind having that iPhone,'" she admitted.

Bill Gates is a brute. Someone needs to call social services and get those kids out of that environment.

seriously, these kids are gonna have it made in later life, why the hell is this considered an issue, i know plenty of people who are banned from having a phone of any sort, or an mp3/4, at least they get something out of it

Keane Ng said:
You almost have to feel even worse for Melinda Gates, who, though she doesn't have to worry about what her classmates are going to think of her, clearly thinks having an iPhone wouldn't be so shabby.
Click to expand...

To be fair, the warning signs were probably there, when they first started dating and he referred to her as "The orange of my eye". 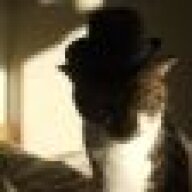 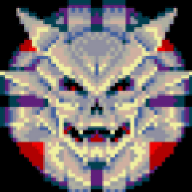 I can't help but believe you got the Ford/Toyota remark from Gran Turino. Of course if it were me, I'd tell my children they can't buy any American cars because they're all rubbish.

In fact, I agree with Bill on this one as well, if anything, because I universally dislike Apple products. It's not a matter of plain hate or fanboy-ism, I've just never seen the appeal to them when a what I already have does what I need it to do (i.e. why I build my own PCs and don't buy any Mac's).

I honestly don't understand the iPod/iPhone scene that's been going on and that's probably because they come off as trendy and marketed towards the Gen-Y market. This is, of course, coming from someone who has an extensive music collection largely of vinyl LPs and audio cassettes.

I have seen a Zune in action and I honestly don't see the difference. What does it matter which one you have when they both do the same thing? Then there's "No iPhone." Okay. It's not the end of the world. There's phones made my other companies that are similar. I particularly hated cell phones as well until I saw the wrist watch cell phone the LG is making. That's so nerdy that I LOVE IT! It's the kind of campy design that science fiction spoke so much of as far as 20 years ago and would look good on my arm... as I step out of my DeLorean (fictitious DeLorean. Always dreamed of owning one of those too, hehe).

i predict murderous rampage in the future 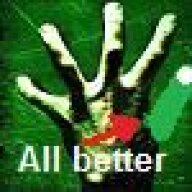 I have a Zune, and it's not terrible. I didn't like the iPod wheel, and because I don't, I'm stupid, apparently. That's like saying, because my fingers are too big for the iPod texting system, I'm at fault, not Apple. And I have been told this.

If anything, the Zune is a conversation piece. People like checking it out because it's something different.

I realize the irony now: a Microsoft product is something different from everyone else? When did this happen?

College campuses in the US are just a joke right now when it comes to worshiping the almighty Apple: I had a friend tell me she wanted to get an Apple because they looked pretty. I asked her if she had ever used Leopard, and she asked me what Leopard was. When she bought it, she couldn't figure out how to use it for a long time but she was happy because she had the status symbol.

I just wonder how discipline is made in the gates house

ahhhh you got a iphone you scum!

Awww poor them, now everyone's gonna be laughing at them if they're not being paid as friends.
I think it's pretty reasonable on Bill's part. Always good to be a little facist when it comes to raising your kids.


robinkom said:
Of course if it were me, I'd tell my children they can't buy any American cars because they're all rubbish.
Click to expand...

So true...atleast the industry is finally being revitalized now 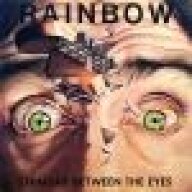 An overrated mp3 player seems like a very small price to pay for living in that household. 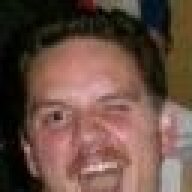