Irish: are any of you it?

It seems like a good idea to ascertain how your country is being represented online every once in a while, and this is one of those whiles.
So, if you're Irish and feel like posting here, then by all means do. Think of it as a head-count, but with leprechaun hats. Also, feel free to discuss current events, because discussion value is like fibre.

either 1/4 or 1/8th, but not sure which. God knows I tan Irish though. Nothing like going from lilly white to being stalked with butter and forks at the local seafood shack in 3.6 seconds from stepping out the front door.

My blood is mostly euro mutt though, so yeah, one group is little different than any of the other groups floating around in here. But nope, not Irish. One of my best friends is, but Typical amerikun, So feel free to hate me 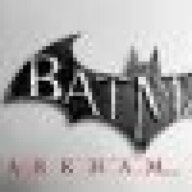 Eh, a tiny bit. Mostly have Italian blood flowing through my veins; and I am damn proud of it!
D

I'm about a third Irish but I live in australia. I like to think that's were my dislike of england came from.

I am. Born and bred. I've even been know to say "Era" on a number of occasions.

One quarter Irish here, if that counts. 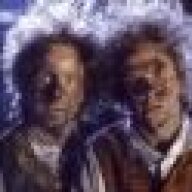 I'm like 1/8th or something, but not enough to say that I'm "Irish". Even if I was largely Irish, I probably wouldn't live in Ireland or do any of it's culture besides St Patties day.

"White guy from the US" will do just fine.

One of those first generation English born to an Irish family. 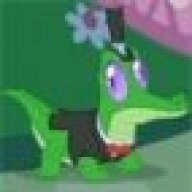 A lot of people in the U.S. have Irish heritage, including me. It's 150 years old, though, so I don't feel much of a connection. 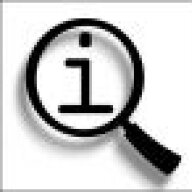 Over half Irish. Grandpa and Grandma were 100%, dad was 100%, other grandpa had something in there. I speak with an accent but I've never been to Ireland. Would love to though.

My mum's side is entirely irish and my dad's dad was irish. I was born in England but I've lived here since I was about six.
I dunno. I'm an irish national as far as the government is concerned, so I guess that counts for something.

Why would you formulate the thread title like that? "Irish: are any of you it?"
You could just as easily have asked used "Are any of you Irish?" or "Any Irishman out there?".

OT: No, I do sometimes drink Guiness though.

Wow, I still can't get my head around how that question was put.

OT: No, and nor are most people who claim to be. Unless you, or your parent was BORN in Ireland, AND grew up there, then you are not Irish, regardless of whom you ancestor may have been.

Prince Regent said:
Why would you formulate the thread title like that? "Irish: are any of you it?"
You could just as easily have asked used "Are any of you Irish?" or "Any Irishman out there?".

OT: No, I do sometimes drink Guiness though.
Click to expand...

I am not strictly sober.
T

I was about to be furious, but then I read the OP and realised that this topic isn't as blatant a cultural faux pas as I thought.

The quickest way to get on my nerves is to start talking about geneology, especially if you're an American. I don't know why, but they seem obsessed with the subject, and will often bring it up early in conversation without any prompting whatsoever. The best way to get on the nerves of an Irishman is for an American to refer to themself as "Irish". As far as I'm concerned, if you have absolutely nothing to do with a foreign culture, other than a distant relative who might have been from there, then you shouldn't be giving a shit about heritage. "Acting" Irish comes across as cultural appropriation. An affectation, and nothing more. 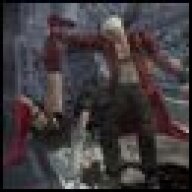 3/4 with some german and scottish

thats not the greatest combination come to think of it, what with the drinking and the getting mad and the fighting and everything. 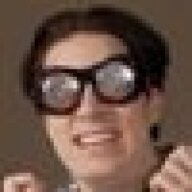 1/4 Irish right here!! I am mostly German though, with a hint of Scottish.
I don't tan whatsoever though, I really take on my German with that lol.
Plus, I don't drink any alcohol at all... not my thing. Little odd for and Irish/Scottish girl hey? lol!