Jack Thompson Seeks to Have Halo 3 Declared a Public Nuisance

Jack Thompson Seeks to Have Halo 3 Declared a Public Nuisance

Anti-videogame crusader and candidate for disbarment Jack Thompson has filed suit to have the upcoming Halo 3 [http://www.halo3.com]declared a public nuisance in Florida.

Thompson names Microsoft [http://www.bestbuy.com/]as defendants in his complaint, stating that the companies are "presently selling, for delivery commencing on October 25, 2007 [sic], the violent, interactive video game entitled Halo 3." The complaint cites Florida statutes 823.01, which refers to nuisances that "annoy the community, injure the health of the citizens in general, or corrupt the public morals," and 823.05, which addresses individuals and businesses who maintain "any building, booth, tent or place which tends to annoy the community or injury the health of the community."

"Halo 3 is a video game that allows the virtual reality player to rehearse violent acts resulting in the death of one's virtual victims," Thompson says in his complaint. "Lee Boyd Malvo, the younger of the two 'snipers [http://en.wikipedia.org/wiki/Beltway_snipers]to kill. Malvo learned well on Halo."

This is not Thompson's first attempt at misusing Florida law to pursue his vendetta against the videogame industry. In 2006, Thompson filed a public nuisance complaint against Rockstar's Bully [http://www.rockstargames.com/bully/]which was denied, and also led to a Bar complaint from the presiding judge over Thompson's behavior before the court. 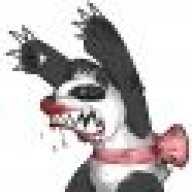 Jack Thompson encourages children to engage in frivolous lawsuits and slanderous shenanigans. He ought to be declared a public nuisance.
D

In my neighborhood there is an older-middle-aged guy who wanders around, tearing down flyers for music acts, comminity events and lost dogs & cats which people have stapled to telephone poles. He argues that it's illegal and unsightly to attach these flyers to the telephone poles.

No one pays him to do this but it is what he does all day. He has made removing flyers his life's agenda, his self-appointed crusade and vocation. He is truly a fanatic. There have been newspaper articles about this guy, who has also petitioned city government for stricter ordinances against stapling things to telephone poles.

He's really theatrical about it, actually; when tearing down papers from poles, he mutters and grunts, grimaces, yells a little bit. He calls the attention of passerby to what he is doing, sometimes stopping people and waving fistfuls of crumpled, colored 8.5x11 papers, saying "Dammit, do you believe this?!? Do you see what they're doing?!"

I've seen him get in the occasional argument with a band member or club owner. But mostly people just continue on, ignoring him.

Because no one really cares. Not even slightly.
R

Well, it's not that anyone cares or not, he just doesn't understand the rating system. See, Halo isn't for younger beltway snipers. It's for older chaps who don't have a middle eastern mentor who'd teach the kid how to use a scoped rifle, Halo or not. See, he fails to mention that the rate of young violence has gone down while the sale of violent videogames has gone up, given the fact that parents do buy these games for their children. I wish they wouldn't because it's only the older gamers who are punished by censorship. Censorship only says "You're too weak to deal with these images."

See, Jack Thompson says videogames are corrupting public morals. Does he want to file suit against flapper girls, the internet, strippers, beer, community gatherings, and cultural exposure? The more we're exposed to other cultures, the more we're changed. Jack Thompson says we can't tell the difference between games and real life. But I think it is he who cannot tell the difference. Jack Thompson takes videogames much more seriously than anyone else I know. Pushing buttons on a game pad or clicking a mouse is MUCH different than making calculations for a long distance kill, aiming, and actually pulling the trigger. I know how to calculate distance and hight for a shot, as well as windage and all kinds of other crap. I didn't learn a single bit of this from ANY videogame. But one game that damn near can teach you to snipe is the original "SWAT" game. Check it out.
I

Man, that Photoshopped pic in the article is genius.

('Cause the lunatic might mistake that as some sort of actionable threat. Sheesh, the man certainly puts the "tort" in "extortion".)

CorvusE said:
Jack Thompson encourages children to engage in frivolous lawsuits and slanderous shenanigans. He ought to be declared a public nuisance.
Click to expand...

That's what I was gonna say. I'm not particularly familiar with the US legal system, but if its possible to have a piece of entertainment medium declared a public nuisance, surely a person can be too.

I've never figured out how videogames can teach anyone to snipe, or to fight effectively in any fashion at all. In fact, I can say with complete honesty that rather than training me in any real-world combat skills, videogames have turned me into a soft-skinned lardass who can't fight anything tougher than the six-hours-ago-Taco-Bell. 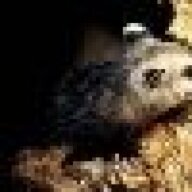