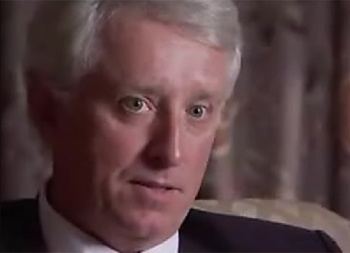 Jack Thompson may have been disbarred for life but that's not stopping him from keeping up the fight against the videogame industry and what he sees as the "murder simulators" it produces. Thompson's latest target is none other than School Shooter: North American Tour 2012 [http://www.valvesoftware.com] mod.

You either know or should know that the more moral midgets who run Checkerboarded Studios have created a mod for your company's Half-Life which they call School Shooter: North American Tour 2012. This mod is a full-blown Columbine massacre simulator which cannot function without your company's assistance and acquiescence.

Attached herewith is a letter from FHE-ASAP that expresses their, my, and others' concerns about this Columbine massacre mod. As you either know or should know, your Half-Life murder simulator was obsessively played, and thus became a training aid, for a) teenaged Robert Steinhauser, who authored at Erfurt, Germany, the worst school shooting massacre in European history, and b) Seung-Hi Cho, who authored at Virginia Tech University the worst school shooting massacre in world history. As to the latter, the sources of this information are the Washington Post and the New York Times. Now some sociopaths have made reprises of Erfurt and Virginia Tech far more likely.

Given the fact that your company has the technological ability to stop the operation of School Shooter, you must undertake steps immediately to do so.

Speaking for myself alone (for now), you have until five o'clock pm Eastern standard time this Friday, March 18, 2011, to shut down this public safety hazard I predicted years ago this school massacre game would arrive. I hate being right all the time.

Thompson claimed that copies of the letter were also sent to Checkerboarded Studios, FHE-ASAP [the Florida Higher Education Alliance for Substance Abuse Prevention], the United States Secretary of Education and "significant others."

It's a bit tricky to fathom what role Newell has to play in all of this, aside from heading the company that created Half-Life 2 back in 2004. Moral obligations notwithstanding, I'm not so sure Valve can just wave its magic wand and make mods disappear, nor that, if it can, it should. As to the implied "or else" in his message, Thompson gave no indication as to what sort of punitive measures he intends to bring to bear should Newell fail to heed his warning. Based on his history, I expect it will involve further threats, but we'll keep you posted just in case.

Contrary to Thompson's assertions, the official U.S. government report on the murders of 32 people at Virginia Tech in 2007 made no mention of videogames [http://www.escapistmagazine.com/news/view/73166-Virginia-Tech-Report-Makes-No-Mention-of-Videogames] whatsoever. 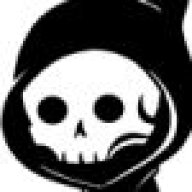 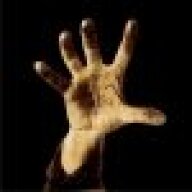 There are 2 people I hate with such a passion that even when they are (somewhat) on my side on an issue I still despise them. Jacko and Garry Bettman.

"I hate being right all the time".

It's sad to watch a failure grasping at straws to save any sort of dignity.

Didn't Jacky lose his lawyer rights in '09? Or something like that which made it so he can't attack the video gaming industry publicly. So isn't he breaking the law by doing this?

EDIT: I have been quoted on this matter three times now, and have been fully informed of the matter. If you were thinking of quoting me, then thanks in advanced, but it will be unnecessary.

Indeed...
and of course, Thompson has no clue how the modding community works.
I don't see how Newell or anyone else at Valve is responsible for this mod.
There is no way they could have predicted that someone would make something this stupid.

Y'know what? It's idiots like this that bring out my violent tendencies, not video games...
K

This should be hilarious. Valve isn't publicly traded, so they don't have easily-spooked investors to force them to cave... let's see if the company has a backbone.

I mean, this guy is just fucking hysterical now. "I hate being right all the time", "your Half-Life murder simulator", "GOVERN YOURSELF ACCORDINGLY".

I'm not the one to advocate for that horrid mod, but, Jack... hahahaha. 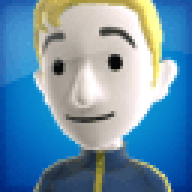 I think he is just doing this to try and get a job at Fox News...

He must be really bored these days.

How exactly is Mr. Thompson paying his bills these days anyway?

He should stop doing this kind of thing, he's pretty bad at it.
O

Oh look, the fucker is still alive! I thought he died or something, because for a moment I couldn't hear his abyssal whining anymore. Ah well, no good thing lasts forever.

Yeah, Jack, Half Life was played obsessively, by thousands upon millions of people. And then they all when out after being trained to use gravity guns and all killed people. Or you know two people, who probably didn't play the game anyway.

Just stop it, Thompson, you are embarrassing yourself. This is just sad.

Oh, hi Jack. How's it going? still a delusional, self-aggrandising fool with such skewed opinions on popular culture, the media, video games in general and their effects who continues to help civilization regress a few years through well-intentioned moral crusading powered by misinformation, outright assumptions, connections that exist only in YOUR head and a complete disregard for the multiple societal, mental and emotional factors that can provide someone with the motivation to gun down other people in favour of focusing on the easiest available target with not only prejudice and lies but arrogant, pompous assertions coupled with an element of fury and mental illness that leads only the delusion and/or vulnerable to agree with you?

Attaboy. Looks like all is as it should be just now. It's a small mercy that a prick this immense has been disbarred from a profession which relies on reasonable arguments.

Still, if he wanted to promote an otherwise obscure mod created by an artless, provocative troll by giving him exactly the sort of attention he was trying to gain by creating exactly the sort of thing jack hates, then way to go, jack. You've gone and set off an Area of Effect weapon right in everyone's faces, we loose, you loose, the twat who made it wins.


Vanguard1219 said:
You know, for someone who was allegedly a goddamn lawyer Jack Thompson seem to be pathetically ignorant of how the law works.
Click to expand...

He seems to be pathetically ignorant of how basic logic and reasoning works.

You know, for someone who was allegedly a goddamn lawyer Jack Thompson seem to be pathetically ignorant of how the law works. Gabe and, by extension, Valve can't just push a magic button and scrub the Shooter mod from existence, regardless of whether or not that piece of tripe is built off of their technology. If the world worked that way Square would have erased from existence all of the filthy slash fiction make based off of the Final Fantasy games ages ago. 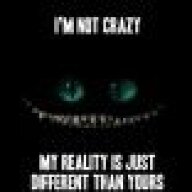 Heres the big problem with freedom of speech, even the crazy disbared, discredited nutjobs can spread thier crazy...and we cant stop them.

I thought Jack Thompson retired!? WHY GOD! Why do you keep making me relive the horrors of video game past!!

*Turns around and sees N-gage*