Raph said:
He did much more, but for me that was a shining moment. This was a guy older than me, a guy with more life experience, frankly. But to me Jeff was the guy that I found out there and helped and advised and hired and watched blossom. He was on his own trajectory - no question - but I am not someone who has really been a mentoring type, honestly, for whatever reason. He was a guy I could point to who had challenged me, learned from me when I had something to offer, and forged his own path. He went on to do great work on Jump to Lightspeed and then with Spacetime.

We disagreed about the NGE. But I also knew that when he got blamed for the whole thing, that it was a silly oversimplification, and I said so. It wasn't fair for him to be the public face of the NGE, but it happened anyway. He spent a huge amount of time talking to the players, talking to people for years afterwards, explaining, apologizing, justifying what he didn't need to and shouldn't have had to.
Click to expand...


Fishermage said:
I know you are the one with the theory of fun, man. Here's my minor corollary: the world just got less fun now that he's no longer here with us.
Click to expand...

I knew Dundee casually back when he was an active participant in the UO community - he had a brilliant mind, and it really is a tragedy that he'll no longer be a part of our virtual worlds.
B

I feel this is appropriate, from one Star Wars fan to another:

It's a Mandalorian saying meaning: "He is not gone, merely marching far away. Goodbye Jeff.

As a former Galaxies player, I appreciate the work he did to make my days more fun, we'll all miss him. 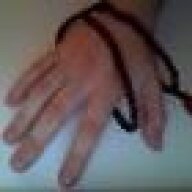 Neither good or bad

I can get it if you were interrupted before/during your attempt, but you'd think people would plan better for the last moments of their life.
Click to expand...

Besides counting every ounce of courage and backing off there are ways to do it wrong. Ways that I'd rather not go into.

The attention seeking ones probably need attention for a reason.

I'm afraid I don't remember the pet system, but I was one of the first people who signed on and enjoyed the game.
F

Thoughts and prayers go to Jeff and his family.

The insensitive remarks are made out of ignorance, I think. I think the MMO industry was better having had Jeff in it.

Well, what else can be said? It's a sad loss, yes, but there's not much we can do now. Either way, Rest in Peace Jeff Freeman. Always to young, but like some other people said we should celebrate his life not mourn his death.

I've always found the word "condolences" to be rather sterile, when offering comfort. i don't know why however i felt the need to post here, even though I'm not a terribly active member on this site. It is truly a sad loss, to lose such a fine gentleman in this world. A man who seemed to have endless integrity, strong will and compassion. What hurts the most is that he is a father of two children. He has surely touched so many lives in so many facets. Even me, someone who has never played SWG, or met him, or anyone he knows but can still be affected deeply by his story.

All i hope for is that his passing can contribute to something much greater. I wish his family the very best, and I'm sure this story will linger in my mind for a very long time.