Jimquisition: Crying Through The Laughs 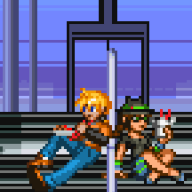 I'm always struck by how poorly people rate character is how "Gloomy" or "Emotional" characters are in games.

Some of the best writing in history have men who out right CRY because they've lost their strength/wife/gold.

In the Epic of Gilgamesh, his equal Enkido cried because he lost his superior strength just from integrating into human society. And cried harder at the idea of frighting Humbumba, the guardian and monster of the Cedar forest. Yet he is regarded as a very deep person, and very much human by philosophers and masters of literature.

One of many African gods created man by a mistake while drunk and wept for days at his mistake due to the fact that they were flawed. Yet this made him more human in the eyes of many.

In the Ramayana, Rama worried and cried and wept when his wife was taken from him by Ravana. A monster that kidnapped Sita.

These characters have shown tears, for causes large and small. Yet they have been praised for years. And people complain about Squall who keeps people at arms reach because he lost his sister and don't know his parents? And even turned down as an option for adoption because he was difficult to handle due to his cooping?

Or that Hope is "whiny" when for Christ sake, he watches his mother -die in front of him-? Are you kidding me? How is a child whiny after watching their mother die? Most people who are adults and see their parents pass naturally can fall into post traumatic stress.

And even Lightning, she was acting that was because she was afraid. She didn't know what to do with a death sentence of a slow and gradual nature or one that comes swift and painful by a hail of bullets. The character is literally put in a hellish situation. How do you expect her to react?

Honestly, I can't help but feel that video gamers should have no weighed opinion that could even be found to have any value on how a character is written without even understanding how human relations, mythology, social interactions work.

It's so true about FF9 that I almost die of your reasoning...

FYI, I almost die of laughter because of Jim while I was watching the Escapist Expo... Thank god for you.
A

Ironic that That Laughing Scene comes up, cause it's specifically Yuna and Tidus talking practicing laughing to cover up when they feel sad. 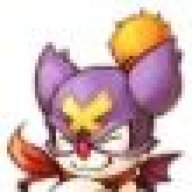 You definitely nailed this one Jim. As a huge FF fan I would agree with everything you had to say about those games. Final Fantasy IX is an underrated gem. The Square of today has completely forgotten how to make likable characters with actual story arcs.

The series is in decline now. I'm hoping falling profits will be the 'kick up the ass' Square sorely needs.
S

so i think the better version of this story arc that a guy is cheerful and all and then gets all his hopes and dreams crushed, is that we have a depresed and lonely(aka standard) kind of hero that the further in game we go gets more hope. we work for that hope and cheerfulness then the villain comes and crushes the guy. to a point lower than his starting point.

Why isn't the sound working?

Why is it so hard to understand that old world thinking does not apply to new world problems? Juxtaposition and liberal practice will mix shit up the way we need them to.

Thanks, Jim. Final Fantasy IX is my favourite FF game.

...and...oh dear, the laughter. I played through Final Fantasy X lots of times, and I really like it, but....I forgot how painful this is to watch. 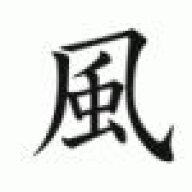 I liked the way this video was going but I had to exit out of it pretty early on and avoid reading any comments in this forum topic, for fear of multiple unwarned spoilers.

Sylocat said:
I wasn't expecting him to name any FF games, least of all FFX. Although, and I have to put on my flame suit, I think FFX-2 did this as well.
Click to expand...

I'll pretend i didn't read that.

OT: great video , but why the assumption that every game wants to be tragic? I think FF8 was trying to do the oposite of being tragic, i would argue that Squalls developpment in the game tries to show that people shouldn't be apathetic. The story works it's way from the bottom up.

As opposed to FF13 where it was doom and gloom until the very end. Hell even the ending was bitter sweet if not downright gloomy. 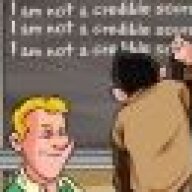 The best example of this I can think of is actually from tv. How I Met Your Mother is not a perfect show, but it has done tragedy well. Specifically with the characters Marshall and Barney. Both of them are unreasonably happy (in their own ways), and seeing Marshall lose his dad or Barney struggle with his choices regarding women is the only really powerful thing in the show. Because Ted is whiny and kinda depressing most of the time, and Robin is cold, I find I care a lot less when bad things happen to them.

As a Mississippian I have to say

That was a really strange laugh. I have no idea what to make of it.
A

I think there needs to be a distinction between Drama and Tragedy, I feel this video doesn't understand very well where the line is between them.

Not all dramas need to have a 20-minutes happy build-up in order to seem sad later. You can empathize with the character even if you didn't SEE him experience happy times. Evocation and memories or flashbacks can go a long way to making you understand why that character is sad. This obviously depends on how well the character is made.

This is a simpleminded way of seeing things that would make games, movies and books very very boring. 20 minutes happy, 80 minutes sad => boom drama.
No, it shouldn't be like that. That's the exact replica of a cheap horror movie; first they show you a few happy teenagers then some psycho starts killing everyone. Does that make it more horror for you? Do you NEED those 20 minutes?
Show hidden low quality content
You must log in or register to reply here.
Share:
Facebook Twitter Reddit Pinterest Tumblr WhatsApp Email Link
Top Bottom