Jimquisition: How To Sell Games Without Being A Lying Dick

How To Sell Games Without Being A Lying Dick

E3 was full of lies and conjecture, and that was stupid. At least one company was doing it right.
Also, Bug Princess.

The more I see of it, the more I want Hyrule Warriors. I really hope Lu Bu turns out being a secret character or something XD

Sadly Jim the guys with the advertising and PR degrees will not agree with you. As long as you pour money into advertising you'll be fine regardless of how much you lied. 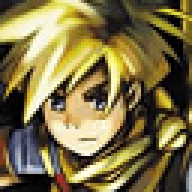 synobal said:
Sadly Jim the guys with the advertising and PR degrees will not agree with you. As long as you pour money into advertising you'll be fine regardless of how much you lied.
Click to expand...

And the more money you pour into th advertising, the more you have to lie in order to increase the hype
G

Has to be one of the best starts of a video on this site in this episode xD
Guessing something 6 months before it happens = God/Profet
I guess I agree with most stuff in this video, but what synobal sais is also true. Good trailers and gameplay videos will sell your games. But I think many more are thinking the same way as Jim after this E3, after we had two very opposite ways to show of games and the majority seems to be (according to what I've read and heard) that the Nintendo way was the better this year.
S

But we can't like the WiiU, because samey gimmicks and bad graphics!

I have gotten so sick and tired of the Triple A industry. The greed, the homogenization of games, the lack of respect for customers and the outright lies. A while ago I began worrying that I had outgrow games. Then I realized that no, what I've outgrown is the bullshit of companies like Ubisoft and EA.

For me the next generation consists of a 3DS and a PC.

Also, loved the over the top ending in your video. I wish I could come just by thinking about myself. 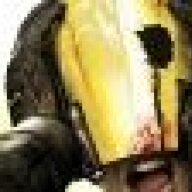 Sadly the gaming industry is run by a bunch of pathetic children.
It's about time for another crash. 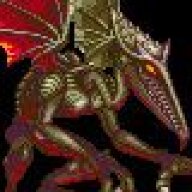 Good video Jim. My friends/brother and I have consistently been saying this kind of stuff for a few years now, at least. So I definitely agree with you on this. There may be ridiculously forgiving people out there, but I'm not on of them and neither are my friends. The Watch Dogs, Dark Souls 2, and other hype machines of late have basically destroyed any hope we have for the future iterations of said series. And that's unfortunately the price these publishers and developers pay for lying and manipulating footage or for allowing it to happen. Kudos to Nintendo for what they did at E3 this year. Maybe everyone else can get off their high horses and treat customers like respectable human beings from now on.
I

lukesparow said:
Sadly the gaming industry is run by a bunch of pathetic children.
It's about time for another crash.
Click to expand...

Yeah, Nintendo is churning out decades old IPs on their current console as usual and everyone hails them as heroes, just because the other contenders are soulless idiots.

There are no winners here.

You have a new intro? THIS SHOW HAS BEEN RUINED FOREVER(I?m joking and I actually like the new intro).

The reason why companies lie is because they want you to pre order their games, and they don?t care about potential negative consequences later, or they expect you to keep buying their products no matter what they do.

The new intro/outro, it's wonderful!

Nintendo may be a relic of the past, but we also get the benefit of actually seeing gameplay as a result. That's a good deal, in my opinion. They put Bayonetta in Link's outfit, I'm pretty sure that's worthy of a hundred E3 awards right there!

Lest I be taken as a contrarian, I'll start by stating I agree with this episode entirely.

But I'm curious as to what the take on the supposedly "in engine" obviously scripted and edited (cause ya know, that slow-mo complete camera shift is blatantly obviously not an ingame thing and I don't know how anyones expected to believe it is) Zelda Wii-U thing is.

I'm also still incredibly amused that Sony had the gameplay demo of Far Cry 4 (scripted out as it may be) while Ubisoft only had the cinematic. They made a gameplay demo... but wouldn't show it themselves. 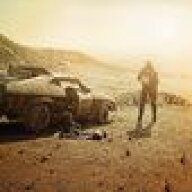 I think there was a lesson to all of the industry don't lie. Any more predictions wise prophet Sterling?

lukesparow said:
Sadly the gaming industry is run by a bunch of pathetic children.
It's about time for another crash.
Click to expand...

Yeah, Nintendo is churning out decades old IPs on their current console as usual and everyone hails them as heroes, just because the other contenders are soulless idiots.

While it is true a lot of what they showed were old franchises, I don't think it's fair to chain them up for it.
Most of the games they showed actually did some really original things with those franchises, essentially almost making them a new IP.
Take the new Zelda for example. Having it set in a fully open world is extremely fresh for the series.

They also showed some genuinely new IP's.
But yea, it was mostly their charm, contrasted with the soullessness of their contenders that made them "win" E3.

Seth Carter said:
Lest I be taken as a contrarian, I'll start by stating I agree with this episode entirely.

But I'm curious as to what the take on the supposedly "in engine" obviously scripted and edited (cause ya know, that slow-mo complete camera shift is blatantly obviously not an ingame thing and I don't know how anyones expected to believe it is) Zelda Wii-U thing is.
Click to expand...

Nintendo made it absolutely clear what that was: A 20 second preview of what a Zelda Wii U cutscene may look like. They never claimed that this is what the gameplay would look like, and rightly so - I clearly won't look like that. That would be a bad game.

I, personally, think that is just fine. Cutscenes are an important part of many games and it makes sense that the first teaser trailer would be a mini cutscene as the development is not far enough along to actually show gameplay indicative of the actual game. We will see gameplay of Zelda Wii U before it's release. This is just a sort of confirmation for the fans of how far along the project is.

Where this can become a problem is when game companies try to pass off in engine cutscenes as indicative of gameplay in the sort of shady way Colonial Marines did.

I'm looking forward to the reviews when Hyrule Warriors come out. Reviewers have savagely bashed Dynasty Warriors for years, so will simply wrapping a guaranteed high review score franchise around it expose them for hypocrites? Or will they slap their 6s and 7/10s on it and be assaulted by the swarm of rabid fanboys?

Either way, I will enjoy the show.
T

Yeah, I stopped caring about E3 after the debacles, but after hearing about this year, my respect for Nintendo has grown. Hell, they've always maintained at least SOME respect with me. Recently I took a sledgehammer to my Xbox 360 because it was defunct AGAIN after having already been sent it in for "repairs" three times (the first two were in a row, actually), and I didn't feel that what few games for it I have that I don't already have the PC version for were worth sending it in again. I'll hold on to my Rock Band games and peripherals in the HOPE that Microsoft learns a lesson from the Xbone and builds backwards compatibility into their next console (though I doubt it, and even if they do, it probably won't be as far back as the 360).

The point is that my Gamecube, which I bought back in 2001, still works today. And I've never had to send it in for repairs (aside from getting replacement controllers from Gamestop because I wore the old ones out). Clearly, Nintendo didn't have the bad ethic of designing its consoles to break down by the time the next one came out. This makes me very happy because I have the Gamecube versions of my four favorite Zelda games. If Hyrule Warriors and the new Zelda game itself actually seem like something I want to play, then I'll consider getting a Wii U. As it is, it's looking like the massive numbers of enemies in Hyrule Warriors just walk around waiting to get mowed down, and I'm worried that the attempts at open-worlding the new Zelda will make it not FEEL like a Zelda game. Still, fingers crossed.
Show hidden low quality content
You must log in or register to reply here.
Share:
Facebook Twitter Reddit Pinterest Tumblr WhatsApp Email Link
Top Bottom