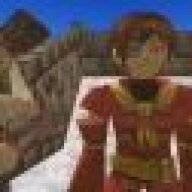 The whole idea that the gaming industry can provide a mature, adult experience is about as ridiculous as thinking that TV shows, blockbuster films, or pop music tracks can provide mature, adult experiences. By and large, those sectors of the entertainment industry only succeed because they provide a constant supply of adolescent fantasy fodder, i.e. that territory of primal 'feeding, f*#king, fighting' wish-fulfillment that attracts people of all ages. If people wanted to act adult or mature, they probably wouldn't bother playing games, watching movies, listening to sexually-charged music, etc... These things provide escapes from the perceived dreariness of adult life, act as denials of one's own mortality, serve as outlets from a life beset by limitations, etc... If anything, as the economy presses further on towards the global capitalist peak, these forms of entertainment are bound to become even more immature, more pandering to the above-mentioned three F's. At least that's how I felt after seeing footage of recent hits like GTA V.

Aye aye... I enjoy romance in games, but the sex scenes themselves are usually cringe worthy at best. SWTOR has the characters kiss, then a fade to black, and it is just as well really. That said, romance and search for love is such a vital part of the human experience, simply foregoing it makes no sense either. I just wish we could have someone making video games who could, you know, ACTUALLY WRITE.

Not that I disagree with what you say, but I think it'd have been good to say what you think the alternative to it is. It's all well and good pointing out how the sex scenes are often done poorly, but you never really say how they could do it maturely.

Judging from what you say, I cannot think of a scenario where sex could be shown in a game that you'd consider to be mature. Especially as you mention it not affecting the story as a reason for it being pointless.

It is difficult enough to do anything sexual without accusations of pandering as it is. Considering actually showing sexual content can always be avoided by the use of implication and such, I don't think it is really possible to include it without some people claiming it is fan service.

Granted in a lot of cases it is, but by extension many people seem to think it always is, because they have become so cynical about it.

I agree with the Bioware habit, but I think that in Heavy Rain it was just two emotional and tired people relieving stress. It happens.

I just wish that Jim would stop acting like Mass Effect is where Bioware started with this concept. Sure it was the first one where they showed more than first base, but they were already having threesomes in Jade Empire. And that also fell in line with be nice, get laid.

This is a new low. It plays the ad, TWICE, but not the video itself.

The video should be playing properly now. Please let me know if there are anymore problems!
W

In a perfect world, the romance trees would have the option to just fuck and get it out of the way. If I were really cynical, I'd argue that if there was some mechanical benefit, that would be preferable.

I mean, come on guys, I hate sex scenes in movies for being stupid looking, the least you could do is try and not be like movies for once.

It kinda reminds me of the prison shower scene in Mafia II, a sequence wherein the inmates are obviously going to rape the main character (because it´s a cliché and Mafia II wants in on every cliché in the book), but they didn´t really have the balls to actually execute it. First of all everyone is wearing boxers while showering for some odd reason and secondly the main character decides to beat everyone up when they approach him.

It wasn´t something i had any particular interest in seeing, but it just seemed very immature the way they handled it, which was funny because they were obviously trying to make a mature game. But that´s what happens when people has seen too many movies try to tell stories without having any grasp on how things work. It´s the same with David Cage, a lot of clichées (like the sex scene) but apparently no understanding of why it´s included in the scenes he´s trying to rip-off. 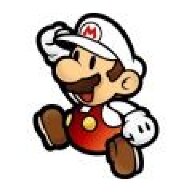 Man, I've just thinking about it last week about how these "romance" options seem weirdly forced robotic. I'm glad I'm not the only person who's noticed that.

I think sex should just be one facet of the romantic portions of the game. Romance itself could extend to other parts. What if the main character and love interest held hands during combat, and got combo attacks? That would be pretty neat. Or they'd exchange saucy glances while somebody was trying to divulge some heavy exposition about the seven artifacts that will save the world. You know, interactive romance.
J

Ponyholder said:
Is it sad that a game made by people from 4chan (Katawa Shoujo) actually has better idea of what sex is?
Click to expand...

I'm pretty sure those people sent a lot of time thinking about sex and its mechanics.

OT: Only thing I disagree with is the shity music bit. I've always loved this [http://www.youtube.com/watch?v=6jc_xqnTKWw] song despite not really liking the many of the scenes during which it played. 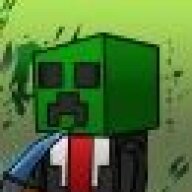 I think that sex scenes were pretty well done in Witcher 2. Not so in the first game though.

3-4 times? Jim must be lying. Nobody could have sex that many times in a lifetime!

Legion said:
It is difficult enough to do anything sexual without accusations of pandering as it is.
Click to expand...

But as it is, it almost certainly is pandering. I mean, pandering is pretty much mainstream gaming's raison d'être. I think that's why Jim goes on about the difference in terms of pretense. Because one group of games tries to pretend they're adult and classy while treating sex like a game and another markets with "she kicks real high."
F

Well the romances in Baldurs Gate 2 were great.
Especially the one with Aerie in which you also had sex which culminated in a child being born and after the story in a wedding and general rejoicing.
All really well done in my opinion. But the BW writers nowadays seem like little brats in whole regard...

For all the exasperation on my part in the wake of the recent sex threads going on all the time, Jim's really hit the nail on the head with this one.