JLA/Avengers is getting reprinted

In partnership with the Hero Initiative, Marvel and DC Comics will re-release a comic most readers probably thought they’d never be able to buy a hard copy of again: Kurt Busiek and George Pérez’s JLA/Avengers. First published in 2003, the book was the last time the Marvel and DC comics universes officially had a crossover.

With the limited release, says a joint Marvel, DC, and Hero Initiative news release, “Hero Initiative is honoring one of George Pérez’s seminal bodies of work and his long-time support of Hero.” Proceeds will go toward a general fundraiser for the Initiative.

Pérez is a founding member of the board of directors of the Hero Initiative, a charitable organization that assists comics creators with medical and other quality-of-life expenses. His long and storied career included stints at both Marvel and DC Comics, during which his work revitalized and redefined characters like Wonder Woman, the Avengers, and the Teen Titans for generations. In December, Pérez announced that he had been diagnosed with stage three pancreatic cancer and had decided to forgo radiation therapy in favor of spending his limited time with loved ones.


The reprinting of JLA/Avengers is just one example of an outpouring of support from all sides of the comics industry — Pérez is one of the few comics creators where it’s actually not that surprising that Marvel and DC were motivated to work through all the complications of a joint Warner Bros. and Disney partnership to pay tribute.
Click to expand... 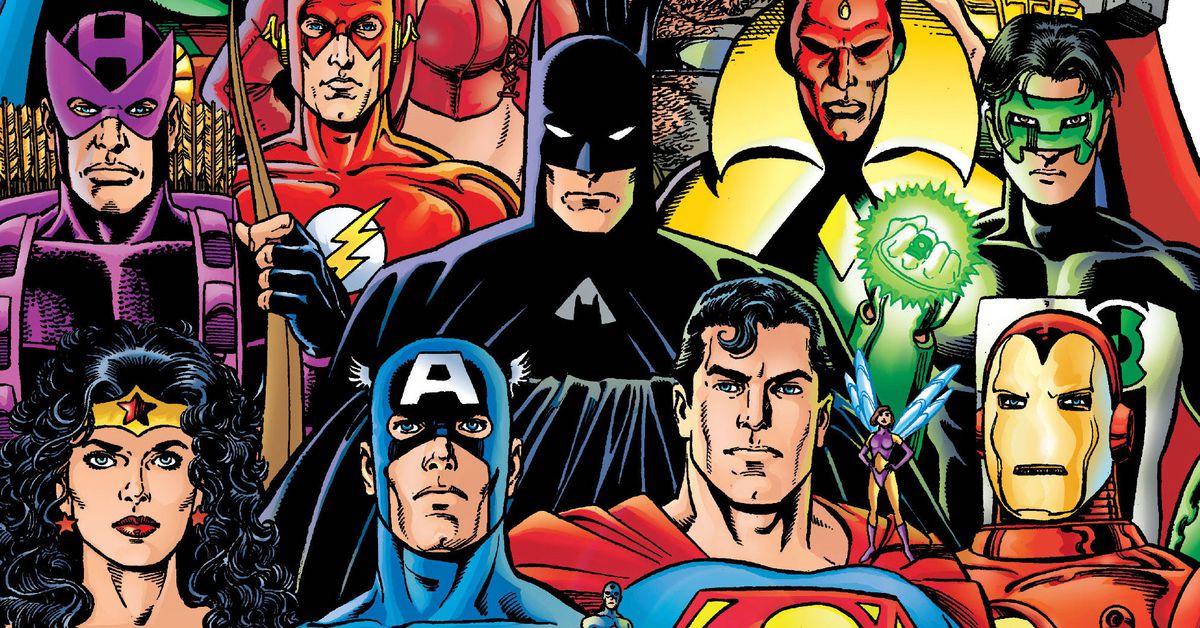 I am calling my local comic shop. Tomorrow. To reserve two copies.

Wonder if they'll learn about teamwork.

The Original Plot For The Unfinished JLA/AVENGERS Crossover

It’s one of the great unfinished symphonies in the history of comics. After having successfully teamed up Superman and Spider-Man twice, Batman and the Incredible Hulk, and the X-Men and the …