Journalist Tells Industry To Grow Up

Journalist Tells Industry To Grow Up 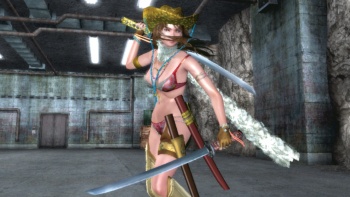 During a journalist rant session at GDC last week, Heather Chaplin, a writer who covers the games industry for grown-up outlets like NPR, railed against what she sees as a business dominated by "stunted adolescents."

"You aren't men," Chaplin told developers. "You are stunted adolescents."

Chaplin, the author of Smartbomb [http://www.amazon.com/Smartbomb-Quest-Entertainment-Videogame-Revolution/dp/1565123468] and a reporter for National Public Radio, says she's frequently put in the position of a "translator" who has to explain to people why exactly games matter and shouldn't be derided as anything more than manboy power fantasies. It's understandably hard to do that when games are frequently about killing hordes of aliens or barely-dressed babes or killing hordes of aliens while playing as barely-dressed babes.

So Chaplin's tired of it. No more excuses. You can't say games are only like this because it's a young medium, she argued. Back when they were around the same age, film was on the eve of Citizen Kane, and rock n' roll already had The Beatles and Bob Dylan. Well, I'd argue that 60's Dylan was as much of a stunted adolescent as Cliff Bleszinski, but that's an argument for another day.

Chaplin's point is that it's not the medium that's the problem, it's the people who are shaping it. "It is you guys as game designers who are deeply mired in 'guy culture,'" she said. Guy culture, you know, big dudes with big guns and thin chicks with big boobs, instead of things like responsibility, introspection and intellectual growth.

"When you're talking about culture-makers, this is a problem," Chaplin remarked.

So, what do you guys think? Do games need to grow up, have they already grown up, will they never grow up, or is this all just a bunch of nonsense? I sympathize with Chaplin's position and admire her vehemence, but I'm inclined to not agree entirely. I mean, did you play Gears of War 2? Dom looking for his wife? That was some seriously mature stuff. I cried. Guess some people didn't.

There just doesn't seem to be time for introspection when the hordes are trying to kill you so they can demonstrate just how well the game can render blood splatters.

The industry does seem to take a black/white approach to morality, however.

Am I sexist for thinking: "she's female, she probably doesn't 'get' the gaming industry?". I don't think thats my genuine attitude, but that was my knee-jerk response to seeing her name. 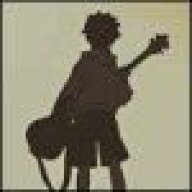 Chaplin needs to play some better games, There are plenty of games out there with mature themes. You may need to wade through some crap to get to them but it's the same with every other medium.
V

It's an excessively limited picture not only of the industry ('guy culture' isn't much evident in Planescape: Torment, SotC, etc.) but also of the varied ways in which any given person can choose to relax. I'm a doctoral student in philosophy; I don't suddenly forefeit my intellectual capacities if I deactivate my higher brain functions once in a while.
Z

As long as people keep buying Gears of War and other steroid-pack breast-hinting blood-covered games, the developers will keep making them. You could argue that the switch from those genres has started with casual games, but the crossover isn't that major and the more mainstream games are still dominated by the "guy games."

That being said, these sorts of games are probably some of the games best suited to the current hardware. You point and push the button, bad-guy explodes, cut-scene with bubbly blondes ensue. The difference with movie and songs is that they don't have the open-endedness of games; they always follow the pattern that the director/writer dictates. With games, the easiest way to give a player the feeling of control is allowing him to pick which person to kill first.

This isn't to say we've only got the "guy games" at the moment, they're are tons of non gory boob-fests filled games out there, but these are the ones that sell the most and bring about the most controversy, so they're the games everyone hears about.

(Man, I had fun with those adjectives)

TheGreenManalishi said:
Am I sexist for thinking: "she's female, she probably doesn't 'get' the gaming industry?". I don't think thats my genuine attitude, but that was my knee-jerk response to seeing her name.
Click to expand...

Am sharing the same feelings about her. But the problem I see here, is that she is talking about the industry as a whole, now not all producers are creating the typical bimbo type women lead these days (See Alyx (god I despise her), the prince's sidekicks etc ... etc ...)).

But then again, we are completely ignoring developers who are creating characters like Marcus Phoenix or the new Chris Redfield models. It's over the top, and there is nothing really wrong with it. 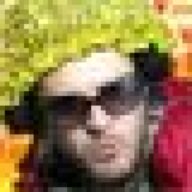 I very much agree with her. I do love games and gaming, don't get me wrong, but the gaming industry is kind of stagnating. Every game is becoming more of the same, while gaming is one of the best platforms for trying out new things. The gaming industry should stop worrying about booby physics and how realistic their blood spatters look. A game should be about the message in the game and a good storyline.

I, too, agree with her to an extent. But she's only addressing certain companies. There are plenty of successful franchises that don't rely on guns+boobs=$$$. Civilization, just to name one. However, companies like Rockstar need to open an ear to a rant like that. 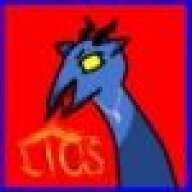 See one-See all logic. It makes me want to beat people up. Like this person.
K

Musicfreak said:
Chaplin needs to play some better games, There are plenty of games out there with mature themes. You may need to wade through some crap to get to them but it's the same with every other medium.
Click to expand...

Agreed, but I think she is more concerned with the fact that there is a bigger stream of "stunted adolescent" games than games with actual meaning and culture.
I agree with her and disagree but she needs to not focus all on the negative (not saying she is).

This was never restricted to video games or "guy culture", 90% of all entertainment in all mediums is mindless filth(See the works of Anna Rice), that is Sturgeon's law. You occasionally get something that deals with mature subject matter competently, like The Longest Journey, Splinter Cell or Bioshock, but they either inspire legions of haphazard imitations or recede into their own niche.

Wait a minute!
So she's saying music and movies are deep and intellectual, but games aren't?

What movies is she watching? What modern music is she listening to?
I'd say all three markets are all equally plagued with crap and 'man culture'.

Modern games like Mass Effect, Bioshock, and even Fallout 3 offer violence to be sure, but not in a 'space marine with huge muscles with a busty barely dressed broad by my side' sort of way. Especially Mass Effect, which offers some of the best character interactions I've ever seen.
Even 'old' games like Baldur's Gate, Fallout 1 and 2, System shock (Seeing a pattern here?), and, heck, even Splinter Cell offer far better stories, emotions, suspense, and thrills than 90% of the modern cinema!

And don't even get me started on a lot of modern music!

I won't deny that much of the industry is certainly in this rut, but every media industry is! It isn't unique to games, and if she's thinking it is then she really needs to take the rosey glasses off when she buys her next movie ticket or CD. 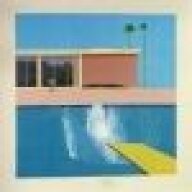 In fairness, most films these days are pretty dumb (ie. Michal Bay films), but there are a lot of better games and films with more, well mature's not quite the right word but they're certainly in a better class.

The only problem is that they are buried under the adolescent power fantasies.

So what if games have 500lb men who can take bullets to the face like I eat shreddies? So what if women are sometimes portrayed as prancing nymphetes?

That is the purpose of games, to live out fantasies or just to indulge in teabagging noobs and formost for ENJOYMENT -_- 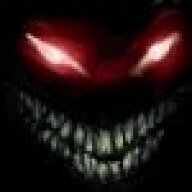 Lios said:
See one-See all logic. It makes me want to beat people up. Like this person.
Click to expand... 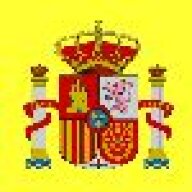 "Man culture"? "Guy culture"? So what would the video games industry be like if it was mired in "woman culture" or "gal culture"? Soap operas and dating sims? Is that any better?

Her remarks are completely invalid. Games are no less sexist or juvenile than movies, music and television, and if she wants to throw out Citizen Kane and the Beatles, I'll counter with Psychonauts and Super Mario Bros. Cherry-picking the gems isn't somehow more valid or relevant based on the sea of shit from which you pluck them.

It sounds to me like the real problem here isn't games but her obvious issues with "guy culture." I wonder how she feels about "chick culture." 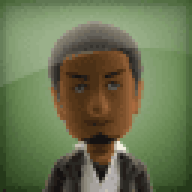 I do wonder what games people are playing when they come to these conclusions sometimes? Especially when you include RPG's like FF and Point and Click adventure games like Syberia and The Longest journey etc. Other then that you can't really expect males to be more interested in female stroke sims like games when their, well, male. And hasn't the wii filled that gap somewhat judging by core gamers reaction to it's content?

I think more women need to step up and come into the industry or start studios like the males do and fill the believed inbalance their finding and stop asking guys to get in touch with a feminine side that takes practice and rarely exists. That's what the writer of Overlord did who I believe was a game journalist prior and was tired of similar things (although jade empire was far too story / text heavy for me, if that's the result of such a suggestion).
Show hidden low quality content
You must log in or register to reply here.
Share:
Facebook Twitter Reddit Pinterest Tumblr WhatsApp Email Link
Top Bottom