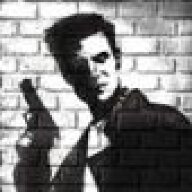 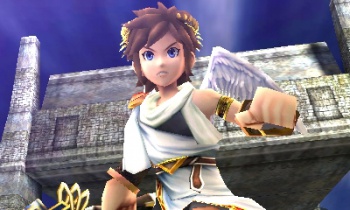 Sakurai fears Uprising's novelty would "grow thin" in a sequel.

Though some might gripe over the controls [http://www.escapistmagazine.com/articles/view/columns/extra-punctuation/9583-Kid-Icarus-Uprising-and-Hurt-Nintendo-Fans], Nintendo's recent Kid Icarus: Uprising for the 3DS has been a success, topping sales charts and achieving positive critical response. When a game does both of these (or at the very least the former), a sequel is generally inevitable. Of all publishers, Nintendo has always been on the slower side of the spectrum when it comes to churning out its next installments, but it was still surprising when Uprising creator Masahiro Sakurai squashed our hope for another adventure as Pit any time soon in an interview with IGN.

When asked if Project Sora had plans to produce a sequel, Sakurai responded with a decisive "no." Citing his fear that "the novelty ... would likely grow thin in the next game," Sakurai said that it would be a long time before anyone at Nintendo picked up the franchise's reins and that he wasn't likely to be the one to do so.

Having waited 20 years for Kid Icarus: Uprising, Pit's fans are used to him taking a while to show up. Hopefully we won't have to wait quite that long to see Pit again, though Sakurai suggested that we may have to wait "25 years" for the next Kid Icarus in the interview. Let's look on the bright side, though: with Kid Icarus off his plate, now Sakurai is free to focus on the next Super Smash Bros. [http://www.escapistmagazine.com/news/view/111251-Super-Smash-Bros-Wii-U-3DS-Still-Several-Years-Away]

Am I the only one who thinks this is actually kind of refreshing to hear?* For once, something that was popular and successful and we're not hearing the developer go "Oh yeah, the next one is already in development" or "We've got a trilogy planned."

It is a little funny how the developer to finally say "This isn't getting a sequel" would be Nintendo. Now let's just see if they actually stick with that. (although I suppose this article was more about Sakurai saying he won't do one, rather than implying one would never exist. Someone else could take the Kid Icarus project...)

*Rule of the internet, yes, I already know I'm obviously not the only one.

Well seeing as how lefties got the royal screw job on Skyward Sword, I think it's nice Nintendo made a game for southpaws

Nintendo NOT milking a franchise?! The world just might end after all...

The animated shorts based on it were entertaining enough, if the fans like it a lot they could at least extend the franchise somehow.

I appreciate them not milking franchises but Kid Icarus is not Citizen Kane, it's not this grand thing which can only be accepted by mankind every quarter century less their minds be spoilt

I was happy to see Kid Icarus get a third game in the series because I always liked it more than Metroid. But then I felt really let down because it was just a game with Kid Icarus slapped on the title.

Maybe in 20 years, someone with an idea of what to do with the IP will resurrect it.

Oh well, you know somebody at Nintendo (even if it's not Sakurai) will make a sequel. I would like to see how they would do a console release. I almost imagine a sort of hack-and-slash like the DMC series.


mattttherman3 said:
Nintendo NOT milking a franchise?! The world just might end after all...
Click to expand...

Milking does not mean "actually making sequels to something that's successful." Actually look up the definition before parroting Yahtzee 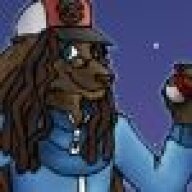 I'd like to see something akin to a heavily modernized side scrolling adventure. Oh well.

Aiddon said:
Milking does not mean "actually making sequels to something that's successful." Actually look up the definition before parroting Yahtzee
Click to expand...

This is the second time I've seen this. He didn't even mention Yahtzee.