Kingdom Review - It's Your Fault If You Lose 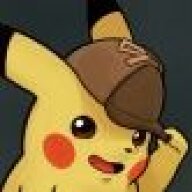 Kingdom Review - It's Your Fault If You Lose

My king galloped on horseback through the dark forest. We came onto a clearing with a small camp. We set up a fire and made friends with the locals.

Nick Monroe said:
But as a PC game, many will expect graphics options that simply aren't there, if only to help when something breaks.
Click to expand...

I doubt it. It's a 2D pixel-art game, there really aren't any options that could be there and there isn't anything that could break to require fixing. Even someone as hardcore about PC gaming and options menus as TotalBiscuit makes it clear that there simply isn't any need for graphics options in a game like this. The only things that might be missing (and usually are) are options for borderless windowed and constraining mouse to the window.
L

Yeah no, losing is the fault of the AI 99% of the time.
I don't have anything to do with archers walking way too far into the woods or deciding not to congregate behind the wall I just built or with a worker on the opposite side ofthe map feeling like doing the job I just issued slightly outside the wall which leads to a constant mass-suicide run of my workers during the night.
You don't need a "balanced" distribution of guys, you need 90% archers.
8 farmers are enough to give you more coins than you can spend.
Also the "boss mobs" are just a higher number of the 3 enemy types you face all the time, one of which actually does qualify as the bs you-lose enemy type you can barely do anything about that you claim isn't there.