MovieBob points out a few plot holes in The Dark Knight Rises.

Good stuff, Bob, like an analysis of your early impressions on the Film Critic Hulk [http://www.post-movie.net/?p=6101] has some good reasons why the film might not live up to the usual Nolan standards.

What I found particularly odd was that Bane never used venom to enhance himself or any of that, when that's pretty much the central aspect of the character; his power, his weak nature that drives him to "prove" himself by beating Batman, his battles with addiction, all of it.

Also, it would have given us a way more awesome third act if they'd switched the venom story around (in the comics, Batman became an addict first to enhance his power, and then broke the addiction when he realised what it was doing to him) to Batman powering-up on the stuff in order to defeat Bane, and then the whole learning-to-be-Batman-again angle could have worked the second time as him weaning himself off an addictive and dangerous drug. Then you could make Talia more impressive as a last-act twist villain, with some plotline about how she'd engineered the whole thing somehow.

I can overlook most of these issues simply due to fact that this movie was an incredibly impressive undertaking. They tried to do a lot with this film while carrying the weight of two others and manged to wrap it up with a nice bow at the end. It wasn't a perfect movie, but I think it's a worthy ending to the trilogy.

I can understand why you'd call these flaws, but I disagree. I thought the film worked perfectly well as it is, and rather than feel like you've pointed out some mistakes I feel more like we just have differing opinions.
The only one I agree with is the distinct lack of shit Gotham is in after 5 months of no organized cops and 1,000-odd convicted criminals loose.

I did think it was clearly stated that 5 months had indeed passed though, as Gordon says it, the season has clearly changed to winter, and Bruce is in a significantly better condition after being first dropped in the prison by Bane.

I never felt the dislocation watching it a lot of people have commentated on, nor the difficulty hearing what Bane was saying.


That first fight he says he was born in the darkness and didn't see the light till almost grown and when they get to the pit the light isn't closed off, quite the opposite, It's there to taunt you with the tantalising possibility of escape.The reveal of Miranda Tate was Less difficult for me since it explained how Bane's army had been one step ahead the whole time. As for Selena Kyle Bruce saw more in her because of the pearls.

Well, while I can't disagree with too much of the article, I think it is worth noting that when Bruce Wayne explains a plot point to himself in the hallucination scene, he gets it wrong...

Whilst the explicit exposition is overdone in places, I did like how the blood/DNA thing with Dr. Pavel on the plane wasn't verbally explained at any point.

Also, I'm assuming the cane is a result of the fall with Harvey Dent at the end of The Dark Knight? He was noticeably limping afterwards, and the fall was fatal to Two-Face - a permanent/semi-permanent injury isn't unexpected. Every time I see the cane/limp come up in a review though, it seems to be described as an injury of unknown provenance.

I'd disagree with the criticism's on the first fight with Bane. I personally (a note to people reading this: this means I recognise that this is my opinion and am simply saying it rather than claiming it as a fact to make Bob seem wrong) felt that having Bane state how Batman's tricks weren't working, at one point even quoting lines from the first film, was a good way of demonstrating that he had the edge mentally as well as physically. Telling Batman "Nope, that ain't gonna work. That was a stupid thing to do. Your tricks are lame" is a means of breaking him in more way than just snapping his spine. It is, in a sense, a form of trolling 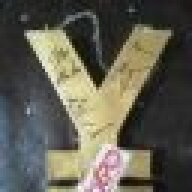 I agree with the lackluster surprise with Talia, and I felt it actually hurt the movie. Bane the entire movie (to me at least), though a different Bane, was methodical, ruthless, cunning, and at the same time had a flare of bestiality under his very gentleman like facade. I felt like having him suddenly be just a minion to someone we barely saw undercut all the positive things about him and made him just bland. Maybe it's because I'm not completely immersed in comics and knew only that Bane is the guy who broke the bat and a bruiser, but I felt the better thing to do would be to have had him use some type of crazy formula to make him into the Bane we knew.

I loved a lot about the movie, but the Talia thing made it, at least to me, just so upsetting since it was near the end, and I really liked Bane up until that point. It ruined him as a character, at least to me it did

I figure they could have gone one or two ways with this movie. They could have just made another self contained Batman story and make it as engaging as possible, only to be inevitably declared inferior to the previous ones that came before it. I think they took a harder and more ambitious path of trying to up the stakes past both of the previous movies (which is no small feat, considering they both involved different ways of destroying the city), while at the same time tying it in with the previous films to give a more grandiose scale. It's big and it's clunky, but it's undeniable that the thing does work. I thought a lot of the love for this flick would stem from prerelease hype and expectation, but even with my low expectations and attempts to pick it apart, I was still thoroughly entertained for 2 hours and 45 minutes.

All of these Dark Knight Rises flaws articles are pretty spot on, though. My favorite segment of bizarre overexposition was when Alfred was in the Batcave and explained Bane's entire origin and excommunication from the League of Shadows. I immediately went, "wait, how does he know that?" Was it on the news? Is there a Bat computer that keeps tabs on that stuff? Would this information be available to the general public? 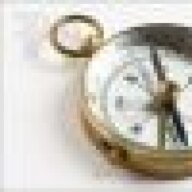 DVS BSTrD said:
And I'm surprised you didn't also bring-up that whole "leap of faith" Bullshit in Batman's escape from the prison. I've said it before and I'll say it again: fear of death is not going to make a twelve year old girl jump further than a fully grown man.
Click to expand...

It was the rope. If you get a chance, pay attention to the rope when they show people jumping, the rope goes taut just as they get close to the ledge and they fail to make it. By not using the rope and risking death you can make the jump because the rope no longer prevents you. Neither the kid nor Bruce use the rope when they succeed. That said, I noticed it the first time Bruce tried to jump and was immediately expecting him to go "oh the rope" and try again. Nope, 15 more mins of moping and waiting for a side character to explain something I thought was incredibly obvious.

I loved the first Bruce v. Bane fight. It was brutally perfect and I thought it helped illustrate the fact that Batman had lost his skill and wasn't ready like Alfred said.

Though I did hate them calling Robin Robin, would've made sense if they gave him one of the Robins actual names. 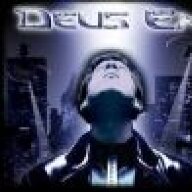 Bob, you totally miss the point. He doesn't learn to be batman the first time, he just has new gadgets that Fox gives him, Alfred tells him so. Did you miss that conversation? Bruce Wayne then gets his back broken by Bane because he wasn't Batman, not anymore. So he RISES. He learns to be angry again (that same anger that drove him in the first place) and more importantly, he realizes that he doesn't have to die to save gotham necessarily. I think you missed the point Bob in that part. Although I do agree the film isn't without it's flaws, I think that, is deffinitively not one of them.
EDIT: Although I do agree with the rest of the review. I too don't think it's BAD but I feel like something IS missing.

That was such a cool article, it didn't feel counter-culture or counter-counter-culture, or any outward motive, just a smart look at a film that wasn't quite what we hoped for and a nice way to look at these things

In a specific sense, I liked the Robin thing, because I realised towards the beginning of the second half and had a 'holy crud they put a Robin in this film that doesn't suck without me even realising it' moment and so when it came around it wasn't a joke to me, but conformation (I even thought of your comments about Robin ) but I can see why it's badly placed
C

Robin was also Batman and Nightwing. Not everyone out there knows comics this well, so saying his name as Robin was a shout out to all the people unfamiliar with Batman outside of the movies.

I agree 100% with easternflame. Bruce Wayne is not Batman, and that is part of the reason he gave it up to Robin. Really, there WERE two rises in the film: Bruce Wayne picking his broken, beaten ass back up to finish the job, and Robin becoming Batman.

Pacing, eh, you could be a little right. But they did have the snow, and they said how much time til the bomb blew up, and they showed the timer a bunch of times.
Show hidden low quality content
You must log in or register to reply here.
Share:
Facebook Twitter Reddit Pinterest Tumblr WhatsApp Email Link
Top Bottom