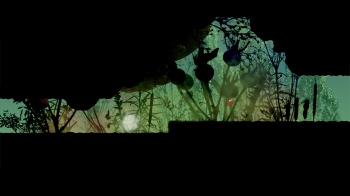 Knytt Underground will be the first installment of the popular indie series to get an official console release.

Nicklas "Nifflas" Nygren has confirmed that Knytt Underground, sequel to popular freeware indie games, Knytt and Knytt Stories, will appear on the PS3 and Vita, alongside versions for Windows, Mac and Linux.

While perhaps not as widely known as Saira or NightSky, the Knytt series of platformers have been praised for their atmosphere, level design and Nifflas' eye for simple but effective pixel art. Both games are available for free here. [http://nifflas.ni2.se/]

Judging by the screenshots, Knytt Underground has abandoned the pixels for its debut console release, but not the effective use of color and empty space that made the games stand out in the first place. Green Hill is assisting with the game's development, allowing Nifflas to make "the biggest game [he's] ever developed."

"This is the first game where I feel that I have a story to tell," he said. "It's about the big questions; trying to understand life and our place in it - and failing completely."

Well, I suppose that's good, because Knytt is the only one I actually liked. In my opinion he should avoid games with balls in them, because Within a Deep Forest and NightSky were both frustrating to control and not all that much fun, and Saira didn't interest me enough to play the free copy I got, but Knytt was just a good time. It wasn't groundbreaking or anything, but it had a few clever ideas, and it was fun to run around exploring the world and finding out where you could go next with each new item that expanded your movement range, Metroidvania-style. A big part of the atmosphere was set by the simple art style though, which I liked more than what's in these screenshots even though it wasn't anything amazing.

You should give the original Knytt a try before coming to any conclusions...lol
L

Sounds neat, but I hope he also includes a level editor since that's what made the original Knytt stories so great.

Glad to hear there will be a Windows version. 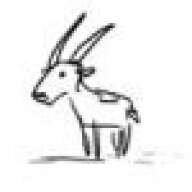