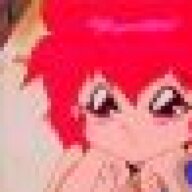 That was so bizarre and mind jarring.

Chimpzy said:
Well, the main difference is that Street Fighter, King of Fighters and Guilty Gear did not get their latest proper videogame instalments cancelled only for their publisher to announce a new title ... which turns out to be a pachinko machine.

In the case of Silent Hill that hurt all the more, because it had been a long time since we've gotten a game in the series that lived up to the likes of Silent Hill 2 or 3 (Shattered Memories can be argued about). While we have no idea on whether the Kojima/Del Toro team-up would've succeeded, the PT demo was at least intrigueingly promising.

I'm personally not really upset about it, but I can understand why big fans would consider it a punch to the face from Konami.

As for Metal Gear Solid, that's a whole other story which I really don't have the time to get into right now.
Click to expand...

Yes, but this apply for other publishers as well. Sure, they didn't stopped produce other games of a series, but the do some other "sins".
For example the recent Pachinko base of Guilty Gears series have the appearance of a MAJOR villain who doesn't still appeared in the main games of the series...
Why not hate for this thing, eh?
Click to expand...

To perhaps give a bit of a specific answer to this, because fighting games have always kind of been a niche product.

Yes, they are wildly popular, but they're a bit like real-time strategy games in that regard; a large proportion of the general gaming market won't ever really play them because they're not very good at them and they don't have the time/desire to put in the effort to get good at them. Anime fighters like Guilty Gear or BlazBlue have an extra hurdle to get over in that, well... they're anime fighting games. Street Fighter kind of gets away with it because of the art style, but there are a lot of people who also just don't particularly like anime aesthetics.

Damn you! Some part of me now wants this.

Saelune said:
Because they could be focusing on being a good game developer and instead are doing that bullshit.
Click to expand...

They could be far better publishers, mainly. The devs who work under Konami are pretty much shit on by the company, to the point where Konami pretty much trap them into employment. Everyone saw all of the garbage they put Kojima through, like where they barred him from accepting an award. Unfortunately, most of the other devs within Konami get it far worse.

OT: The issue with the Pachinko machines isn't the machines themselves, but how the IPs are being held purely for the machines.

They've pretty much abandoned the gaming industry now, outside of a couple of titles, but they still hold all of the IPs, purely for one bullshit thing or another.

For example, Kojima and Del Toro wanted to make the Silent Hills game featuring Norman Reedus, but they're not allowed, because Konami wants Silent Hill pachinko.

There is another thread on the forum with the topic "Which company is the worst to their fans". These are just a couple of many reasons as to why Konami will always take the cake.
Click to expand...

Konami is the worst, by far, where the fuck has Castlevania gone

Can't wait for Bloodstained though.

As someone who has actually played some of Konamis pachinko games I can tell you it's because they are super shitty games designed to be as addictive and time consuming as possible, where pay 2 win is the norm, and it's pretty much just gambling under the thin veneer of being a videogame. Pachinko games are anti fun, they are the embodiment of Satan himself when it comes to the gaming industry.

Thank god I didn't get sucked into them anymore then I did and got out of it.

Like everyone else has stated, it's not the machines themselves, but the company itself.

Konami has been treating their properties with the most disrespect I've seen towards what made them a name to be recognized. Most of the games that Konami published I've either never played, or am a fan of, but this is wrong. I can see that much. The Silent Hill one was just par for the course for me since the series hasn't been good since SH4, IMHO, but the others were a surprise to me.

Konami doesn't care anymore and will do whatever it wants to make money, and will use what ever properties they have to do it. That's why people are angry about the pachinko machines.

Chimpzy said:
Well, the main difference is that Street Fighter
Click to expand...

About that, Street Fighter wasn't hit with it, but one of Capcom's other franchises got the pachinko axe.

Prepared to be pissed.

They're just terrible. They sit on so many beloved properties and use them only to make gambling devices. It makes complete sense why they would, the return on Pachinko machines is much higher than that on games, but it's still pretty shitty.


The White Hunter said:
Konami is the worst, by far, where the fuck has Castlevania gone
Click to expand...

I think it is less the machines and more what they represent.

The machines are a symptom. Konami is the virus.

i dont think it's that people hate pachinko machine. they're just upset that IP's they love are going to be stagnating for years since they aren't planning on making new video games.
K

I'm a big fan of the A Song of Ice and Fire series (The "Game of thrones" books for those too dumb to read) and I'd be pretty annoyed if the next installment "The Winds of Winter" ended up being a pop-up book depicting the main characters in a variety of silly poses.

I'd be even more annoyed if I found out that George Martin was being forced to not continue his story on threat of legal action and has been treated like complete shit for years by the people who've made shitloads of money for his work.

Whereas if the pop-up book existed as a small side project I wouldn't care... in fact there probably is one out there somewhere.
S

I'll be honest. I have to wonder why you're seriously asking this question. Have you not been paying attention to what Konami has been doing over the past months? I'm not a die hard fan of any of their franchises (save for Suikoden, but that series died long before all of this), but even I get why fans are totally pissed.
Konami has basically told their fans to go jump off a bridge, deliberately alienated one of the few remaining "rock stars" in the gaming industry--and in doing so, ticked off a lot of other developers if the award shows were any clue--and has basically become the poster child for selling out.

Imagine if your favorite food--let's just say the best cheeseburger in the world for simplicity--could only be found at one place. And there's a chef working there that is adored because of how he makes your cheeseburger. People travel for miles just to go there. Then, all of a sudden without any explanation, the owners cancel the cheeseburger, fire the chef, and threaten him with legal action if he so much as goes near a kitchen for six months. Oh, and he better not make that cheeseburger EVER AGAIN.
Now imagine how pissed you'd be if you went to that place, and they had stickers on the wall that said, "Here, lick this. It tastes just like that cheeseburger we canceled. That will make you happy, right?"
That is what Konami has done, and that is why fans are pissed. 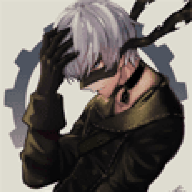 Off topic, but I've never actually played a Pachinko machine. How is it different from just a regular casino slot machine? Is it just that it has a screen at the top that gives you a little video if you kinda win?

Anyway, I'll echo what others have said, it is not the machines themselves, it is that they used to make really great games and now, not only don't, but are sitting on the franchises that I love and preventing other people from making them.

Edit: Ohhhh it's kinda like Plinko from The Price is Right

Because certain people feel entitled to video games, even though they are owed nothing by Konami.

The Pachinko machines themselves are doing nothing wrong. It's just that after all the cancellations and controversies, all we have left is...this.

Something Amyss said:
Because certain people feel entitled to video games, even though they are owed nothing by Konami.
Click to expand...

Seems to be exactly it. Hence complaints that Konami's machines are a "slap to the face," etc. Complaints that predate the Silent Hills cancellation, even.

Seems to be exactly it. Hence complaints that Konami's machines are a "slap to the face," etc. Complaints that predate the Silent Hills cancellation, even.
Click to expand...

Gamers are kind of entitled to those series since a lot of gamers bought their games and are therefor a reason why MGS/Silent Hill became such successful series. Just to exclude those people for no good reason at all is kind of a slap to the face. That's just my opinion though.
Show hidden low quality content
You must log in or register to reply here.
Share:
Facebook Twitter Reddit Pinterest Tumblr WhatsApp Email Link
Top Bottom