Latest Sonic Generations Clip Is A Blast Of Hot Nostalgia

Latest Sonic Generations Clip Is A Blast Of Hot Nostalgia


I'm still not convinced that Sonic Generations is going to be a good game, but Sega sure knows how to mine my childhood for cheap affection.

Perhaps realizing that the entire profession of "games journalism" is built on cynical Sega kids just biding time until we can rail against any company audacious enough to question our precious nostalgia, Sega has offered a new trailer for the game that focuses almost entirely on highlighting Generations' copious call-backs to Sonic's earlier adventures.

To be blunt, I'm just too jaded at this point to generate any kind of premature excitement for a new Sonic The Hedgehog game. I've seen too many giant purple cats and gun-toting 'hogs to blindly trust that Sega won't ruin this whole thing in the name of appeasing some theoretical audience that certainly doesn't include anyone I know.

Sega, you've hurt me too many times in the past. I want to love you baby, but you're going to have to work to win back my trust. This trailer is a good start, but how do I know that you won't get drunk and turn Generations into a 3D fighter starring that car from Daytona USA?

Don't look at me like that. You've done it before. 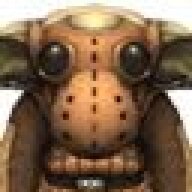 Quit whining, Earnest. Take Generations for what it is.

After Sonic Colors, I'm finally starting to trust SEGA again. After playing the demo, I'm sure this is going to be a good game. Not as good as the classics, but good enough that I'll enjoy playing it all the way through.

Unless they replace all the enemies with Egg Pawns like was done in Heroes. 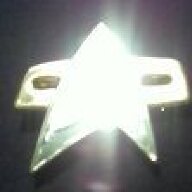 Looks like they finally took Team Sonic out back and berried the fuckers alive.
For the first time in 10 years we may yet see a proper Sonic game.

You can't play tunes like that SEGA, that's cheating!

The nostalgia! It's coming!

Sky Sanctuary? Loved that stage...I had a crippling weakness for that music, too..... 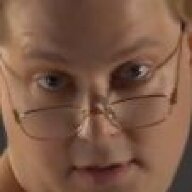 Hell, I already decided to buy this game as soon as I saw City Escape... 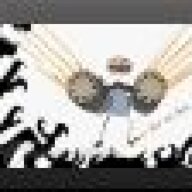 Christ. I'm young enough that both of those stages fondle my nostalgia button like the cheap little whore that I am.

Mr.K. said:
Looks like they finally took Team Sonic out back and berried the fuckers alive.
For the first time in 10 years we may yet see a proper Sonic game.
Click to expand...

Was Colors not a proper Sonic game?

The 2d demo felt very much like an old sonic game with HD graphics, even smoother and well-playable than Sonic 4, by far.

With a promised revisit to sonic colors gameplay, the quality footage I've seen so far,

AND MUTHUFUCKIN CITY ESCAPE! I'm going to give this a chance.

Nooners said:
Sky Sanctuary? Loved that stage...I had a crippling weakness for that music, too.....
Click to expand...

But honestly, I agree. The music was pulling me in, unfairly I might add. Nostalgia goggles; low blow Sega, low blow 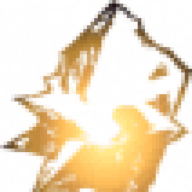 Mr.K. said:
Looks like they finally took Team Sonic out back and berried the fuckers alive.
For the first time in 10 years we may yet see a proper Sonic game.
Click to expand...

Was Colors not a proper Sonic game?
Click to expand...

Hell, is it wrong that I think Sonic 4 is a proper Sonic game? It hearkens back to the Genesis/CD/32X games extremely well. It'd be even greater if it didn't have Valve Time Syndrome and GREEN EYES!

By the way, the green eye thing was completely unnecessary, extremist Sonic fans. Just thought I'd point that out in case you haven't gotten it by now.
D