Lego Reveals Doctor Who Set In Time For Christmas Special

Lego Reveals Doctor Who Set In Time For Christmas Special 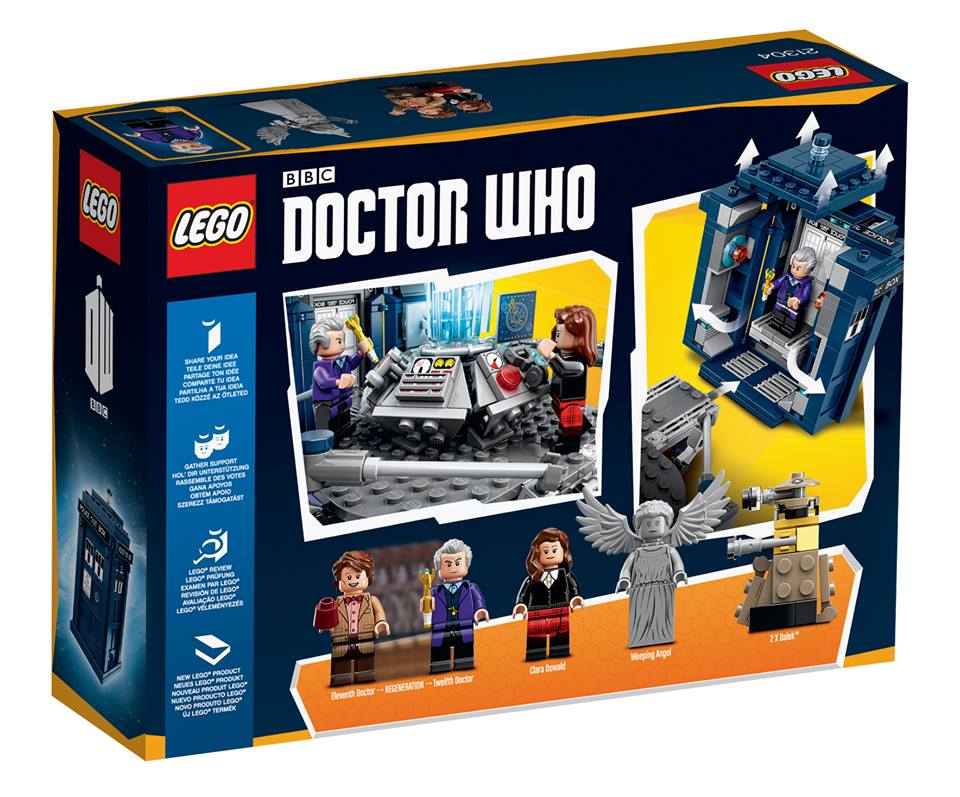 After being submitted in early 2014 and approved by fans, Lego reveals that a Doctor Who set is finally being released.

Well, it appears the idea was not lost in time after all.

A Doctor Who set, submitted to Lego Ideas [https://ideas.lego.com/projects/59181] in February 2014 by user AndrewClark2, will finally come out of its time bubble on December 1, in time for the Time Lord's Christmas Special this year.

The set will include Matt Smith's Doctor (#11) and the current Peter Capaldi version, as well as companion Clara Oswald. The police box Tardis and an interior console layout will be part of the set. In addition, a Weeping Angel (don't blink) and two Daleks will be included.

Unfortunately, it looks like the set is already a little dated based on the current season 9 of the show. One image has Peter Capaldi with a sonic screwdriver, which fans know he doesn't have any more. Someone at Lego needs to equip him with a pair of sunglasses.

The set will be sold for $59.95 when it finally hits shelves.

Matt Smith is the 11th Doctor and Capaldi is the 12th you got em mixed up.


OT: I may get this looks fantastic.

Veldie said:
Matt Smith is the 11th Doctor and Capaldi is the 12th you got em mixed up.
Click to expand...

Fixed. i keep including the War Doctor in my count for some reason. Guess I should stick to the official numbering scheme ...

Man, I was really hoping for a David Tennant minifig. Guess I'll be skipping this set. Even if it does have a weeping angel and a super adorable dalek....

For some reason, I thought this has something to do with the Demension game.

Either way my coworker who loved Doctor Who may buy this.

A lego angel and a lego dalek