DrOswald said:
I just have to wonder. Where did you guys get 4 PS4's to make this video? Did you all buy one or something?
Click to expand...

LLR put out a call over Facebook (and twitter??) for anyone who owned a PS4 they can borrow to film this video. They were offered $30 to rent it from them for a few hours and the opportunity to watch them film the episode.
Click to expand...

Interesting, before I read the comments I just kind of figured being fairly internet-famous that they might have been sent them. I was actually looking for engraving... now I feel kind of silly.

Not to mention that I kind of figured if anyone could land 4 PS4s LRR could. While in "short supply" there are still millions of them out there that someone managed to get, and it seems like plenty of people managed to wind up with multiples for resale.

It's also a little too grim for LRR, but it might be funny if the parodied the shortage violence by having something bad (but hilariously absurd) happen to "4 PS4s" guy.
S

So you are the reason we are in short supply! you bastard!


Rogjah said:
I wonder how many Xbox 360s Paul has.
Click to expand...


Revolutionary said:
"Have fun playing on your old gen consoles"
...Or I could continue PC gaming.
Click to expand...

they arent technically outdated (after all the processor is new invention to begin with). they are just very very weak.

Rogjah said:
I wonder how many Xbox 360s Paul has.
Click to expand...

Exactly what I was wondering.
Or how many Atari 2600s he has. 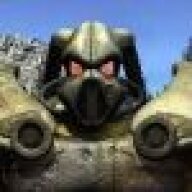 I could not stop laughing while watching this video, positively hilarious.
S