Since you could boil any game down to it's barebone basics, let's have some fun.

Uhhhh, in Call of Duty 4, you just run, shoot, and crouch. It's so boring.
In Fallout 3, you just walk and shoot and go into VATS.
In Red Dead, you rid a harse, shoot a dude, and rode an horse again.

I'll give it a shot:
Skyrim: Walk around, kill some things, complete what seems like a never ending lust of quest that usually results in "finding xand giving it to y" or "deliver x to y because I'm too lazy to do it myself".
Edit: Not gonna lie, I just kinda depressed myself by saying that...*goes to play Skyrim*

There's this purple dragon, and all it does is breathe fire on stuff and pick up gems. 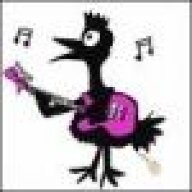 You made Red Dead seem boring because I can't comprehend that scentence, or was that intentional?

Left 4 dead; Stay in a corner and let everyone else deal with the zombies.

Skyrim was good. Then it took an arrow in the knee. 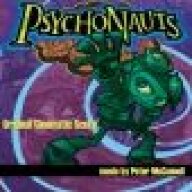 Portal: Make it to the other side of the room.
Megaman/Mario: Run to the right until you win or die.
Pokemon: Collect animals.

Mass Effect 2: You're a galactic errand-boy. All your companions are eager to thrust you into the middle of all their family relationship troubles.

Portal: A game about hopping through holes in the wall.

So in Bioshock 2 your like, a scubba diver. And you do drugs that make that make people light up. And there is these little girls you grab. And thats about it.

Uplink: Manipulate a black screen with blue windows that's almost entirely text as you do timed sequences in which you must perform a few actions.

The Binding of Isaac: A bird's-eye dungeon crawler where you fire infinite ammo at some gross monsters with bosses and random dungeons.

The Movies: Micromanage a movie studio throughout an entire century.

The Path: Play as one of six young women as they wander a forest with random objects in it.

Myst: Fall onto an island in the middle of nowhere, no explanations.

Riven: Search for a missing lady on a fragmented island. No one talks to you, everything is puzzle-blocked.

<spoiler=The juicy bits>Uplink: You're a computer hacker, stealing data and hacking into international databases to stop an evil corporation from killing the internet, under threat of permadeath.

The Binding of Isaac: The ammo is your tears, you're trapped in a sick and twisted story of infanticide, there are epic pickups (such as laser-tears and swarms of attack-flies), and the art is by Edmund McMillen.

Scratches: The sounds are scratches from your basement, leading up to a truly epic jump scare, a nasty twist, and some spectacular dream sequences. You won't open doors carelessly for a while, either.

The Movies: It's a Peter Molyneux game that he didn't overhype.

The Path: The game is actually a coming of age story, and all the characters must encounter a wolf of some type or other, resulting in fantastic speculative sequences.

Myst: There's a few other islands and a bunch of nifty puzzles, as well as a patricide-based storyline to uncover.

Riven: These are the most organic puzzles in adventure games, period, and the inhabitants won't speak to you, there's a nasty villain, paranoia fuel and a spectacular ending.
L 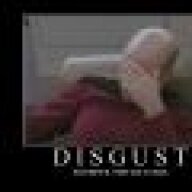 and i love that game lol 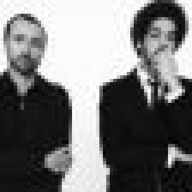 nbamaniac said:
Skyrim was good, then it took an arrow in the knee.
Click to expand...

When did this meme become required by law to be in every thread ever?
Just curious.

nbamaniac said:
Skyrim was good, then it took an arrow in the knee.
Click to expand...

Anyway... so I ran around, straight to the right, jumped on the heads of these things that looked like mushrooms with feet, then jumped on a flag pole. Yep, best game ever created all right. :/

Saints Row 3. Kill people with guns, and sometimes other things.

Persona 3. It's kinda like Pokemon only with more emphasis on talking to your friends rather than fighting.

Okay, okay, I got this:
You're in this spaceship, right? And you have to fly around these systems doing jobs so you can raise your net worth and get more jobs to continue the story, but you can only take one job at a time, and most of these jobs involve in-space dogfights that are completely not rail-shooter segments. Also, whenever you land on a planet to take a job you can check out various merchants and stuff too, possibly even buying new ships. That's Freelancer. Wait, I think I messed that up . . . 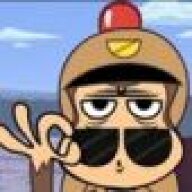 Shadow of the Colossus: You see, there's this guy okay? Yeah, there's these big statues that he has to stab in order to save his girlfriend.
Super Mario Bros: Save the princess from evil turtles and mushrooms.
Half-Life: You're a physicist and you do sciency stuff without the faintest idea of what you are doing.

Tf2. Well it's a multiplayer fps, but you mostly just wait to get new items. Then you melt the items into metal. If you get a whole bunch of metal, you can make it into a hat.

You play an old man who runs around in a tight suit putting people to sleep.