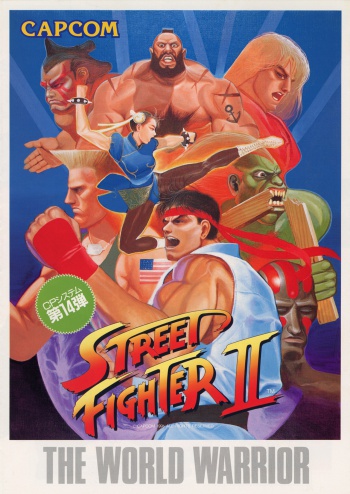 Arcade history told through the ads that sold them.

The arcade market is such a small part of the video game industry today that it can be difficult to comprehend how dominant it once was. Flyer Fever [http://www.flyerfever.com], a Tumblr gallery featuring thousands of scanned advertisements for coin-operated games from around the world, puts it in perspective and offers an intriguing look at how games used to be sold.

Spanning twenty years, from 1971 to 1991, the collection mostly consists of one-sheet marketing flyers intended to appeal to arcade owners. These advertisements typically featured either photos of the cabinets being hawked or artwork on one side, with screenshots and marketing copy extolling their features on the reverse. Practically any game you can think of from the classic age of arcades is represented, along with hundreds you likely never knew existed.

The ads are beautiful and weird in equal measure, and demonstrate the kind of diversity arcades used to have. It's simply staggering to realize how many different machines were made at the peak of the business. As you might find in the marketplace today, there are also plenty of games which are clearly derivatives of other popular titles seeking to cash in on someone else's success.

Particularly in the early years, several of these flyers try to sell games on sex appeal, with a few almost certainly NSFW. Others try to tie their products in with other popular entertainment, such as a not-so-subtle recreation of the poster for Robert Redford vehicle The Hustler to pitch Video 8 Ball, or the frequent appearance of X-Wing and TIE Fighters in ads for space action games completely unrelated to Star Wars.

The text is interesting in its own way, because of the audience it's aimed at. These advertisements weren't made for the end consumer. They are for middlemen, and pay as much attention to hyping the quality of the product as its profit potential. It's a good thing so many of these ads are in languages other than English or I might never have stopped reading them.

You can easily spend hours going through these. I know, because that's pretty much how I spent my afternoon.