A new Marvel superhero game for the Wii will actually make you want to wear 3D glasses.

Though Bigben Interactive's Marvel Superheroes 3D: Grandmaster's Challenge initially sounds like a mish-mash of unrelated concepts, it also happens to also come with one of the greatest bonuses of all time. Bigben officially announced the Wii's Grandmaster's Challenge for Europe today, and while its gameplay targets the very young, everyone on the planet should want one of the title's included Wolverine masks that double as a pair of 3D glasses.

Grandmaster's Challenge is a strategic board game that also features first-person action. Players will move through the spaces of the board game while being taunted by the Grandmaster, but then be transported into the eyes of Spider-Man, Captain America, Thor, Wolverine, and Iron Man as they defeat lesser foes such as Sentinels, and later the Juggernaut, Dr. Doom, the Red Skull, and the Lizard.

The game is actually targeted at ages 4-7, so it probably won't be terribly deep as far as strategy goes. The interesting part to me is that it'll be in old-school red/blue 3D, but even better it'll come with five masks, each with the design of the game's superheroes, that are actually 3D glasses themselves.

The 3D effect can be turned off, but why would you want to do that? I'm not saying Grandmaster's Challenge will blow anyone's mind, but it at least looks like a neat product for the young ones. It'd be worth buying for a younger sibling/child just to lay hands on those awesome 3D masks. If 3D glasses all came in superhero designs or other stylish flavors, I doubt there would be as much reluctance by the general consumer to put them on. Who wouldn't want to be Spider-Man and see things in 3D? 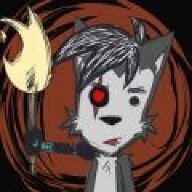 Yea, Furry. Deal With It!

Personally it left my eyes funny just watching the video. And I think there's gonna be a number of in-home accidents if this is given to the pre-school brigade.

Kouen said:
I Doubt this will catch on with anyone above the age of 8
Click to expand...